The biggest news of the day for the Browns is the fact that Odell Beckham Jr. is returning for the first time since Week 7 of last season.

The statistics are fairly tough to ignore. Baker Mayfield was better without OBJ on the field. Was it OBJ's fault? Was it Baker's fault for trying to force the ball to him?

It's hard to tell, and nobody has any actual answer. Some say his absence helped Baker focus better in the passing games, he wasn't forcing the ball or keying in on one guy. Others say Baker progressed solely due to the fact he finally had some consistency with the coaching staff.

Will we find out today? Maybe not. One game back means nothing. Baker had some solid games with OBJ (vs. CIN, at DAL), and some bad ones, as well (at BAL, at PIT).

He is not an off-the-field issue, and I will stick to that. All offseason everyone talked about how OBJ was ready to leave, how he was going to be traded, and there's been nothing but an obvious amount of respect and enjoyment from his teammates. With Jarvis Landry out for three weeks, OBJ's return is crucial. His skill set is different, especially when it comes to how the Browns' offense works, but he also offers a big-time playmaking target that the Browns have severely lacked since he went down.

This is a game the Browns should, and need to win, but outside of the win-loss column, all eyes will be on OBJ, and which Baker Mayfield shows up with him back on the field.

I was a young lad when this game happened. The Browns were finally back in the NFL, and it was the first season in their three years back in the league that they had some talent. Then this shit happened…

…I've been broken ever since. I had no idea that everything with this team would be a shit-show for the next 20 years.

This just screams "the Browns do not cover."

The Browns are a good team, but not when it comes to covering. They're not awful, but they always play to their competition, and they seem to not cover against teams worse than then. It happened last week against the Texans (even though it was never really a game after halftime), and I can see it happening again given how these two teams play on offense.

Because of the playstyle, give me the UNDER. I have been a game total machine with the Browns since last season, and I just see the air being taken out of the ball right out of the gates.

Jarvis Landry's injury stinks, there is no way around it.

Luckily he will be back in a few weeks, but what he offers in terms of consistency for Baker Mayfield in terms of route running, and effectiveness in the run game, can't be overstated. I am not worried about his absence, but I am anxious to see who Baker views as a comfort blanket. My money is on Rashard "Hollywood" Higgins, who some already consider to be Baker's main comfort blanket as it is, even with Landry on the field.

UPDATE: As inactive news rolls in, it sounds as though all of the key "questionable" injuries for the Browns and Bears will be active today.

UPDATE 2: Sione Takitaki (LB) is out for the Browns, meaning the linebacking corp is, once again, bruised and battered.

The rookies were once again the theme of last week's game for the Browns. 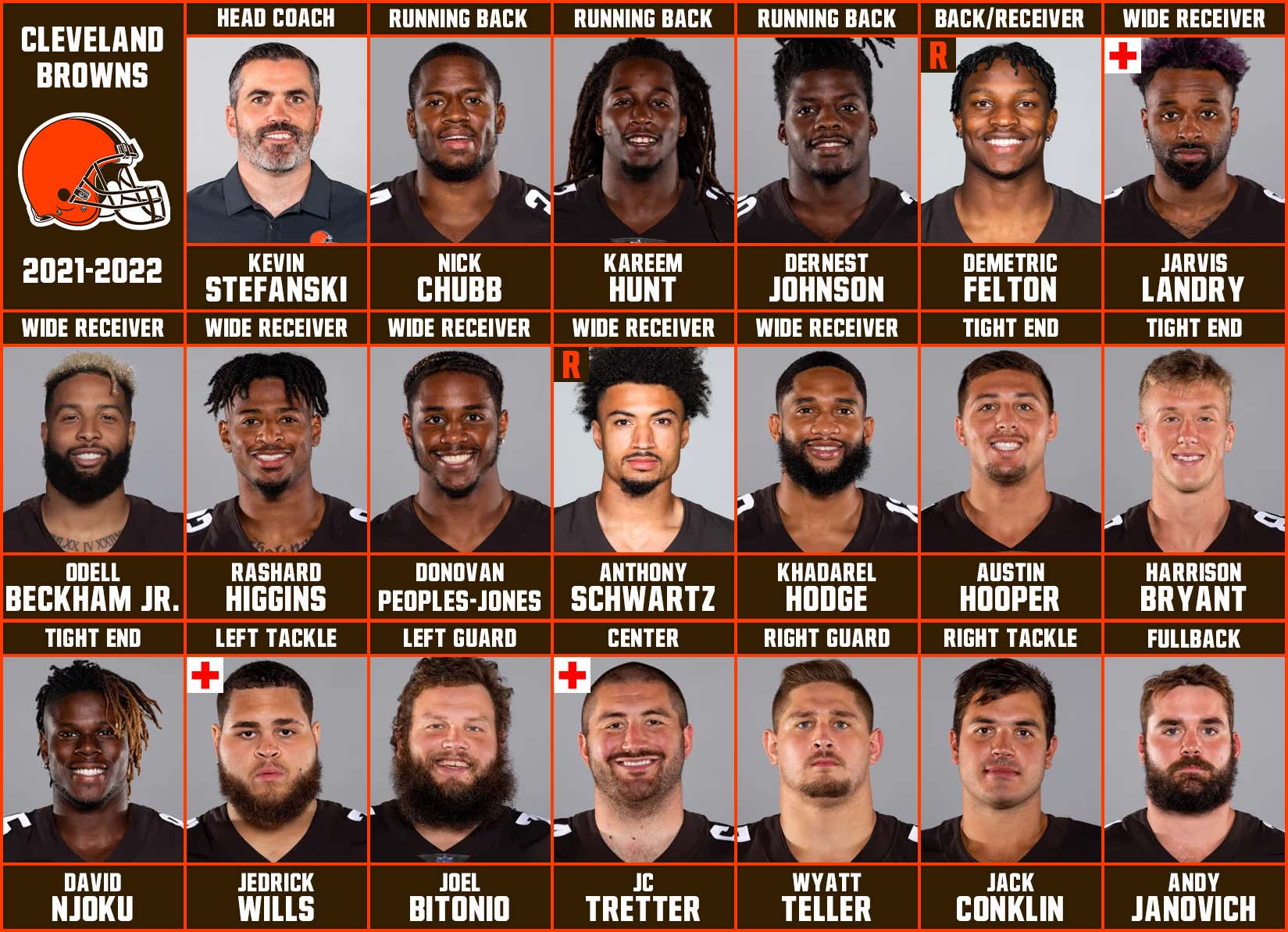 …Baker overthrew the above interception a tad, but the rookie Anthony Schwartz, who has been part of the offense more than people expected him to be, giving up on his route absolutely led to the interception. Then, as a result, Baker Mayfield popped his shoulder out on the play. Those are rookie mistakes, and while Schwartz has had some bright spots, he still has a ton to clean up.

When it comes to Demetric Felton, the electric RB-WR hybrid, his role absolutely needs to be expanded.

Also, despite his two interceptions, this stat seems good!

That's the highest ever over the first two weeks of the season for any quarterback… ever. He isn't just dinking and dunking, either…

Baker Mayfield is good, and if you don't think so, you're fucking stupid.

With a very good Bears defense, this is yet another game where Baker Mayfield can prove how much better he has gotten since the arrival of Kevin Stefanski. 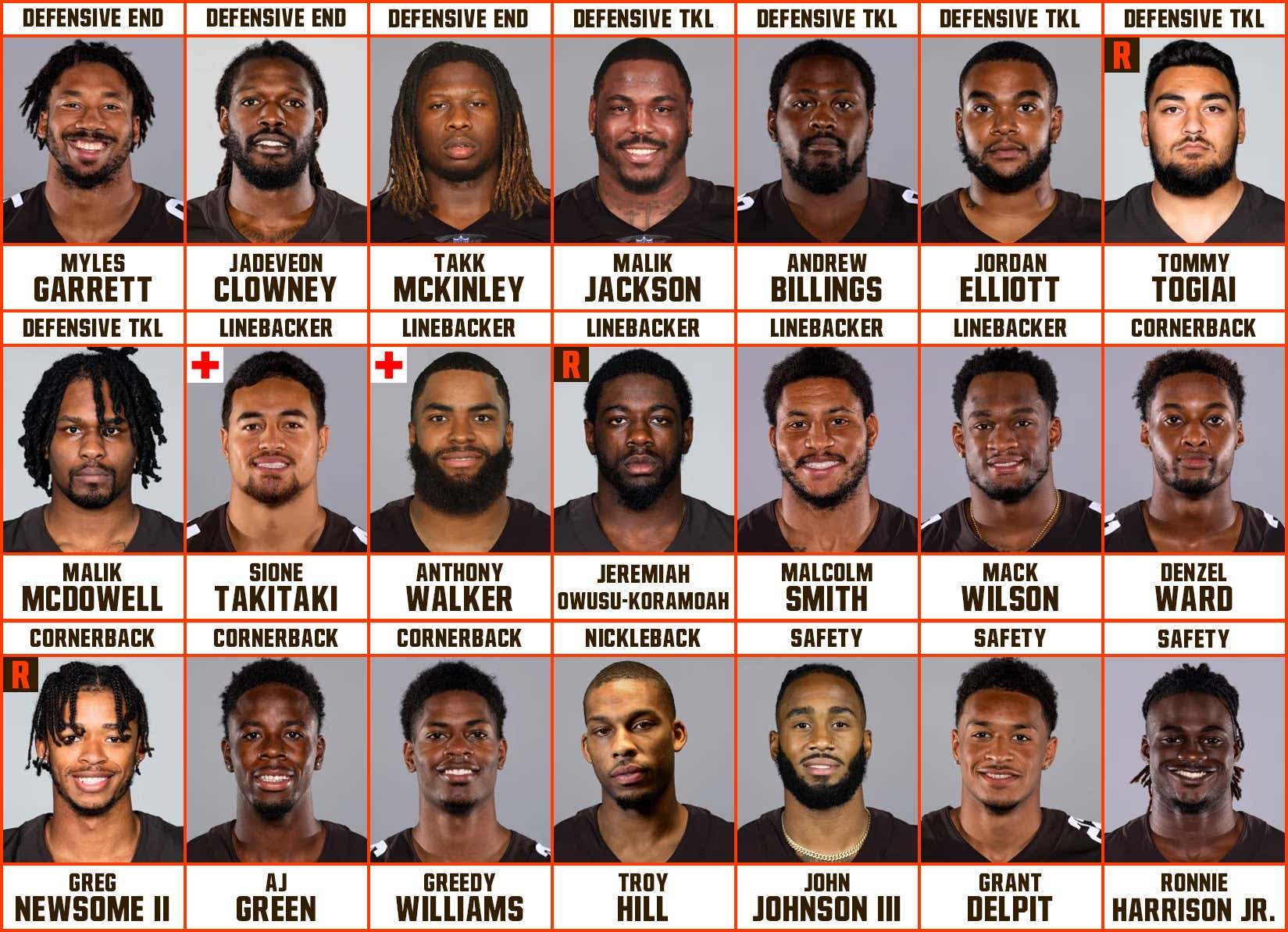 …and they're fucking atrocious on third down. Last week, the Texans converted eight of fourteen third-down attempts, many of them considered "3rd and Long" too.

I'm not totally worried about the personnel yet, though. I know this is a 100% revamped defense, and they need time to gel, but something about the lack of quarterback spying and soft zone coverage is killing me. Defensive coordinator Joe Woods has been the lightning rod for the Browns fans this season… and I can't see that changing today.

Justin Fields wasn't great last week. You could actually say he was pretty bad. He completed six passes in limited action for 60 yards, no touchdowns, and one horrible interception. But his mobility is scary, and the Browns have to figure it the fuck out. They got whacked by Patrick Mahomes (normal), and Tyrod Taylor was moving well before his injury last week.

The Browns know they have to get to the quarterback more, and Myles Garrett even called out his teammates this week…

“For me, it’s tough watching my teammates not being able to make a play because when I see the offense keying on me with chips and stuff like that, I’m like well, they’re taking a player out of play to stop me, so we have a one-on-one,’' he said Friday at the podium. “And to see that they’re not making the play, it’s kind of frustrating because I want to see them go out there and make big plays and we’ve got to get there. - via Cleveland.com

I love that. Nothing malicious, just a "step-up" callout from one of the team's leaders. I think the front-four balls out today. But can Joe Woods cook up a game plan to keep Fields from getting out on the move and extending plays?

That's the question of the day for the defense.

Will Odell Beckham Jr. fit into the "good" version of Baker Mayfield's offense?

Those above numbers only grew larger, too. The statistical proof is there that Baker was worse with OBJ on the field, but I truly think the issue wasn't mutual. Baker wasn't good, with, or without OBJ, and then he finally had it all click. But it's time to see the results on the field.

The Browns are wearing throwbacks today.

I think they look awesome.

I think it'll be close. That Bears defense is no joke, but this is a game the Browns should win.