The office was locked in to the fourth quarter of Georgia-Vanderbilt in a 62-0 game that hadn't been in doubt since the first drive. Why? Because it took Vandy until its final possession to gain more total yards than UGA had points.

The Commodores somehow found a way to beat Colorado State on the road, but have now lost their other three games 23-3 to FCS East Tennessee State, 41-23 to Stanford and 62-0 to Georgia — all at home. And the stats from the latest drubbing are truly unbelievable.

These are the numbers from a game technically between two SEC teams: 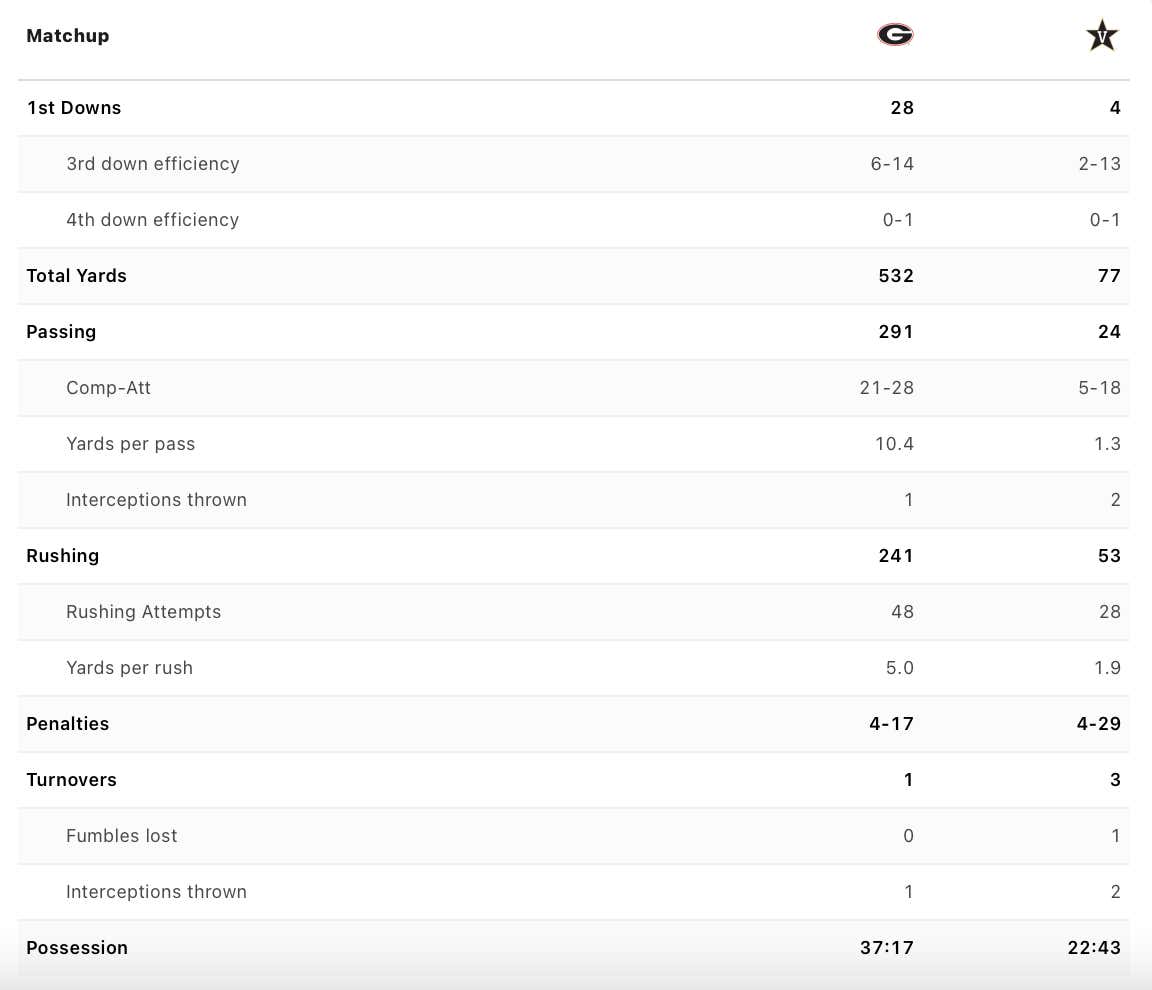 No school that has ever received a year-end check from the SEC will leave the conference, but it's time for the rest of us to do something. Today was even worse than losing to an FCS team, honestly. Vanderbilt does not belong on the field with a single other team in the Southeastern Conference.

If ever there was a time for some sort of college football imminent domain, this is it. Let's take Vandy's valuable spot in the best conference in America and give it to a school that actually deserves it and is willing to put in the resources to show it even wants it. We'll write them a nice check and send them on their way.