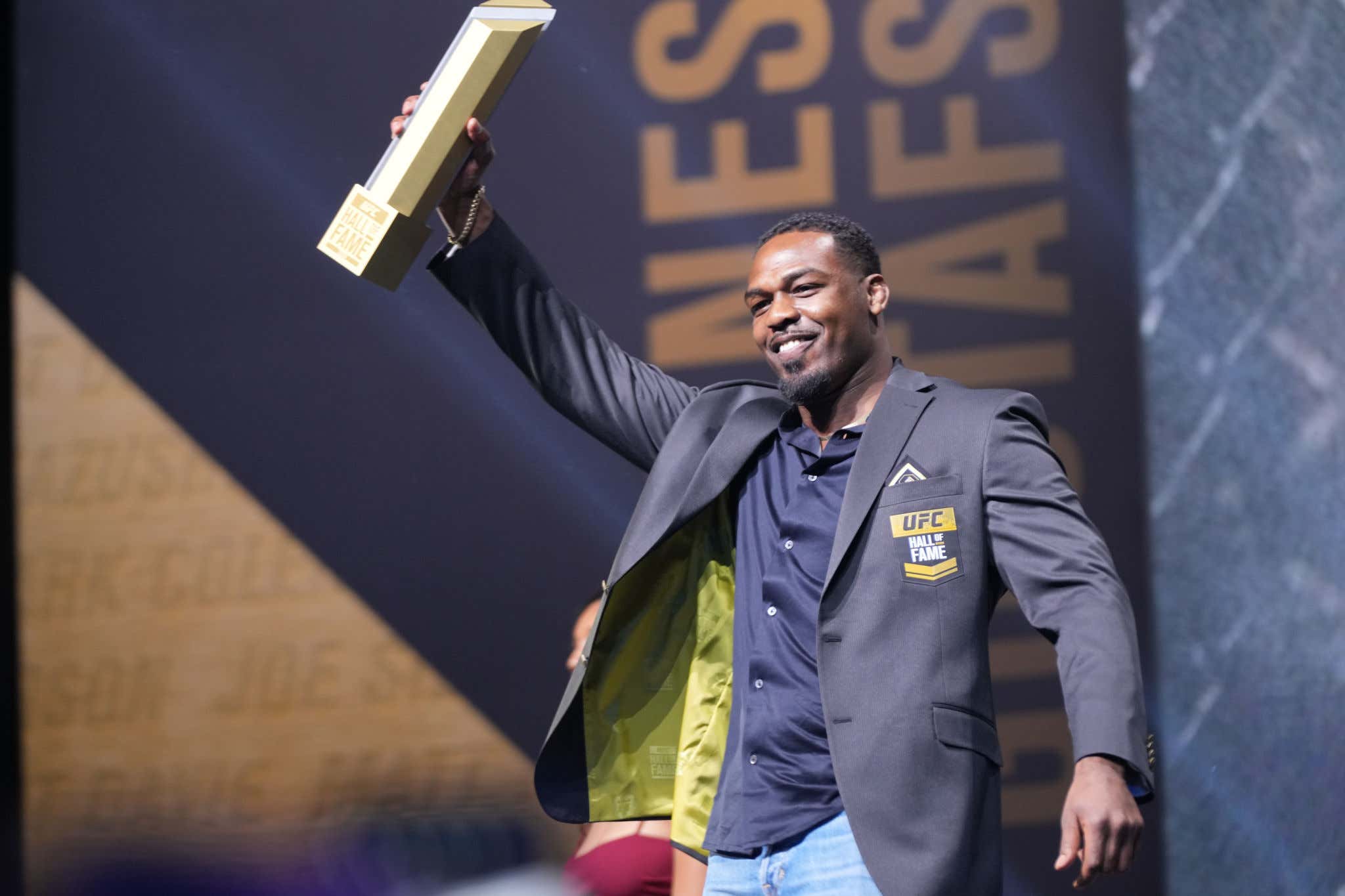 TMZ- UFC star Jon Jones was arrested early Friday morning in Las Vegas for domestic violence and tampering with a vehicle, and is currently behind bars, TMZ Sports has learned.

Our law enforcement sources tell us they received a call from Caesars Palace around 5:45 AM. Cops responded to the hotel … where they made contact with the UFC superstar.

34-year-old Jones was ultimately arrested for misdemeanor domestic violence and injuring or tampering with a vehicle, a felony.

Jones is in Vegas this week because his 2013 fight against Alexander Gustafsson was inducted into the Fight Wing of the UFC Hall of Fame.

What can I even say at this point that hasn't been said 1000 times? Guy goes to Vegas for 12 hours (to get a fight inducted into the UFC Hall of Fame nonetheless) and he's already back in jail. Ridiculous….but is anybody surprised?! Not at this point, right?

I know it's the same deal with my guy, too.

….and accurately states: that guy has got a LOT of demons. Some of these MMA superstars, man! Crazytown.

Hopefully the victim is alright and Jones gets whatever is coming to him.

Jon Jones - in the words of Daniel Cormier - get your shit together!