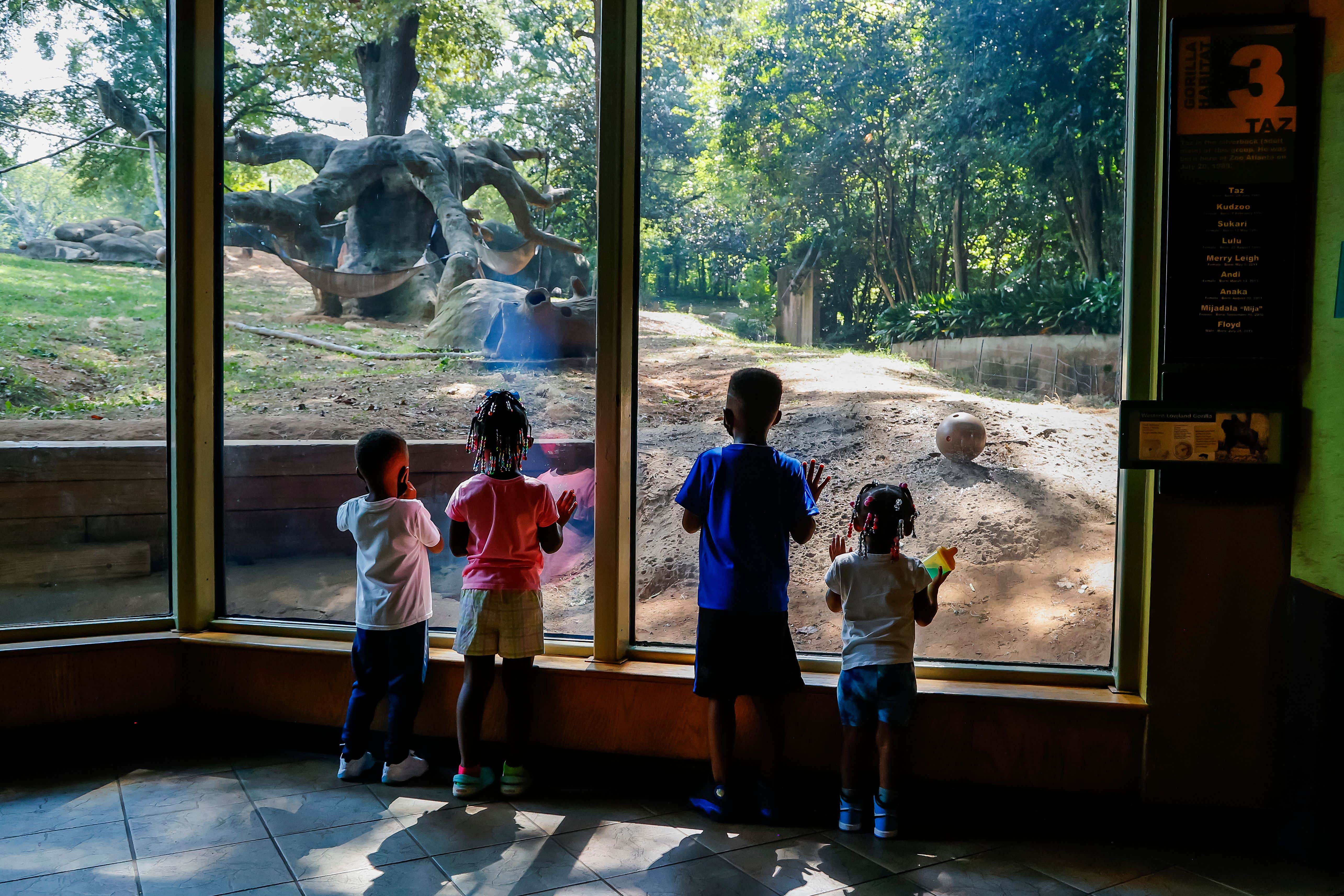 Something truly profound happens whenever humans are able to interact with the great apes. It hits you on a primal level. You realize just how truly alike we are. How we share 98% of our DNA (even more when you're talking about my in-laws! Huh? Amirite?!?). That our branches on the evolutionary tree separated not all that long ago. And how much of a connection we can form with them.

From Koko, the gorilla who learned American Sign Language to the outpouring of grief over Harambe to this young mother gorilla who bonded with a young human mother feeding her baby at the zoo in Boston, one can better understand our place in this world by learning from our primate cousins. And sometimes it seems, they can learn from us:

Source -  A frisky gorilla at the Bronx Zoo gave onlookers an X-rated show when he performed oral sex on his excited friend in front of a group of zoo-goers.

A father at the zoo with his wife, four-year-old daughter, son and niece captured footage of the NSFW scene, which took place at the NYC zoo's Congo Gorilla Forest.

It is unclear whether the other gorilla is male or female, with the Bronx Zoo declining to comment further when contacted by DailyMail.com.

'I was shocked and had no idea that was a "natural act,'" the man, who chose to stay anonymous, told the New York Post.

He added: 'My wife had to stay out of the exhibit with my sleeping son, so I wanted to capture a lot of video. Then this magic happened.'

I won't post the video. Beautiful and natural though it may be. Just out of respect to the privacy of these two crazy, passionate lovebirds. And even though they are not ashamed of their physical expression of their romance. But I will link it here, just in case it's your thing.

It's a little confusing since the Daily Mail's tweet claims the partner doing the receiving is a female but the article itself says the sex has not been determined. But does that truly matter? What's important, we can all learn from the giver. This is a generous lover. Who's willing to give pleasure to his partner. And no amount of families looking on and pointing cameras at the scene is going to prevent him from finishing off his significant other ape.

You "had no idea that was a 'natural act'", dad? At the risk of making value judgements, I feel sorry for anyone who feels that way. Maybe it's time we all get to the gorilla enclosure at the Bronx Zoo and learn a lesson about what real romantic love is all about in a caring, committed relationship.