DECEMBER 10th IN WEST BAH GAWD VIRGINIA… A matchup about honor, respect, and a price to be paid in blue-collar blood.

For the uninitiated, it all started earlier this week when Jersey Jerry sent his boss Dave Portnoy a text about possibly getting repaid on his Julio Jones TD bet (if the rule gets changed after this season) which got a candid response from Jeff Nadu, and then things escalated QUICKLY: 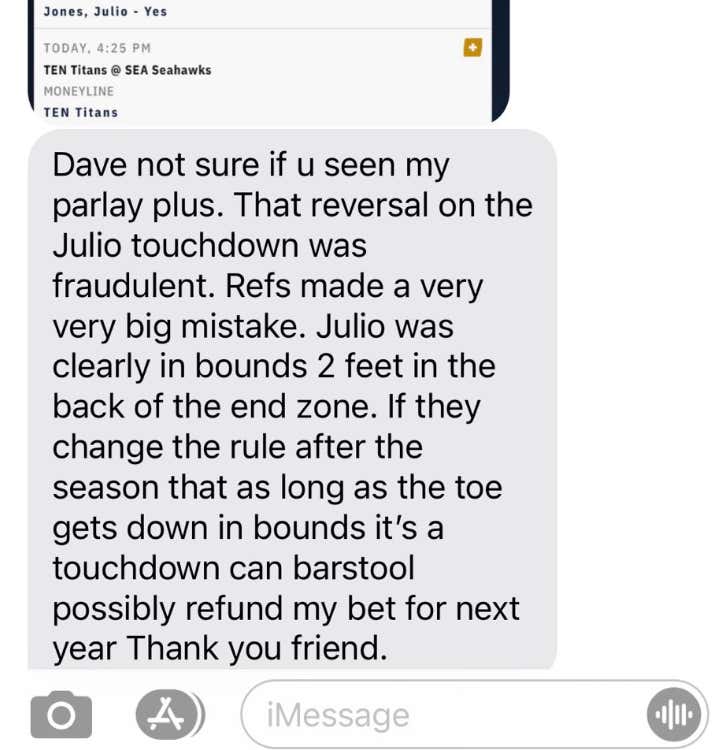 Those tweets lead to a face to face showdown on The Dave Portnoy Show which provided us some all-time fight quotes from Jersey Jerry along with a proclamation that if he doesn't win vs Nadu, he won't accept a dime back. Some may say that's a true man of honor.

There's been a next level buzz in the office all week just from these guys going at it on Twitter so now that it's finally real, I can't even imagine the energy levels as we get closer to December 10th. It's not a stretch to say this is 1 of if not THE biggest fight in RnR history with everything that's on the line. Some things…

Because this matchup isn't about the money, it's about RESPECT. It's a true feud with bad blood from the start and major implications for the future of Barstool and our gambling world. LET'S FUCKING GO… It was always Rough N' Rowdy. 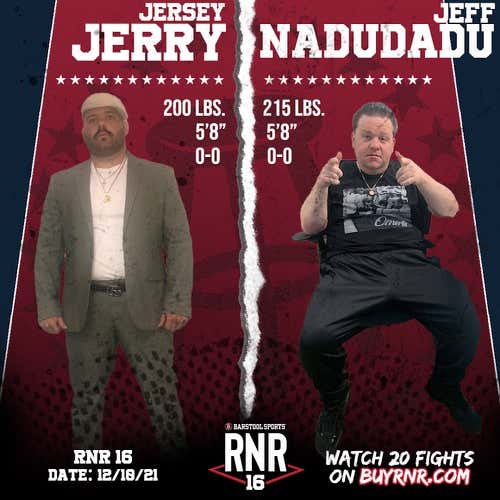