Seven years ago while my son Dylan was attending Bryant University, he started dating Lexi Pappas, also a student at Bryant. My wife and I first met her when she came to the house to watch a Patriots game in 2014. She walked in wearing a Patriots beanie and a team jersey and I immediately wondered if she was really a hard-core fan... After watching and talking football with her all afternoon, turns out she is! We've watched many football games together here at our house and she and Dylan have gone to many games together at Gillette Stadium.

In sixth grade, Lexi was competing in gymnastics and by 14 she was playing field hockey and running track. Then she began experiencing symptoms consistent with Facioscapulohumeral muscular dystrophy (FSHD), a hereditary disease that runs in her mother's side of the family. Her mother, uncle, and grandfather all experienced different levels of FSHD, a disorder characterized by muscle weakness and atrophy. FSHD gets its name from the muscles that are affected in the face (facio), around the shoulder blades (scapulo), and in the upper arms (humeral), but it certainly isn't limited to those areas.

Not long after the diagnosis, Lexi began experiencing symptoms but she continued track (high jumping), playing lacrosse, and competing in sailing, all while she was still in high school. As the disease progressed, she was forced to give up the sports she loved and immerse herself in a lifelong battle with FSHD. Refusing to let FSHD prevent her from reaching her personal goals, Lexi graduated from Bryant and now works for Dell as a video editor. Along with Dylan, she coproduced "My Dad the Facebook Addict" (2018), which went viral and got the attention of Dave Portnoy who then hired me to work for Barstool Sports.

Lexi has become a spokesperson for FSHD, doing radio, podcasts, and making public appearances in an attempt to increase awareness and raise money to fund research in order to develop a cure. In 2017, she became the Walk Leader for the New England Chapter of the FSHD Society and has developed into one of the organization's most dynamic speakers.

In 2018, Lexi was a guest bartender at McGreevy's, "America's First Sports Bar", on Boylston St. in Boston. McGreevy's donated 10% of bar sales and all the tips to the FSHD Society. In 2020, Lexi became active in the fundraiser, Walk & Roll To Cure FSHD. From 2018 to the present, with the help of Max Adler (Glee), the annual event has raised over 1.2 million dollars nationwide.

There is a three-step goal, slow the progression, stop it, and cure it. As a result of the increased exposure and funding, more pharmaceutical companies have started developing treatments and cures and for all those affected there's now a good reason for hope. 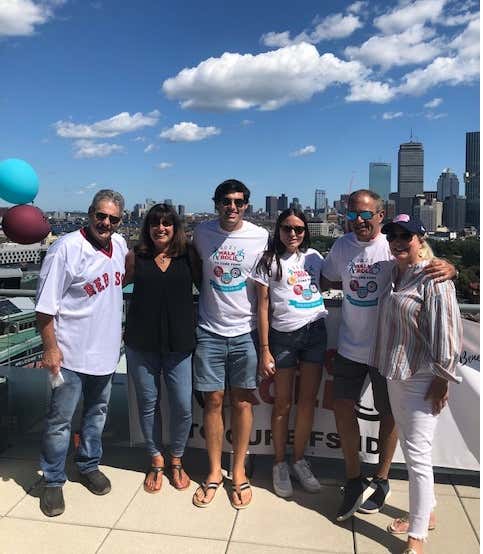 This year's New England Walk & Roll was held on September 11th, on the roof deck of the Optum Building in Boston. Lexi's stepmother Erin McSweeney, her dad Aris, and a team of volunteers organized the event which was DJ'd by award-winning Boston radio personality, Hank Morse (104.9 & 105.7 WROR). 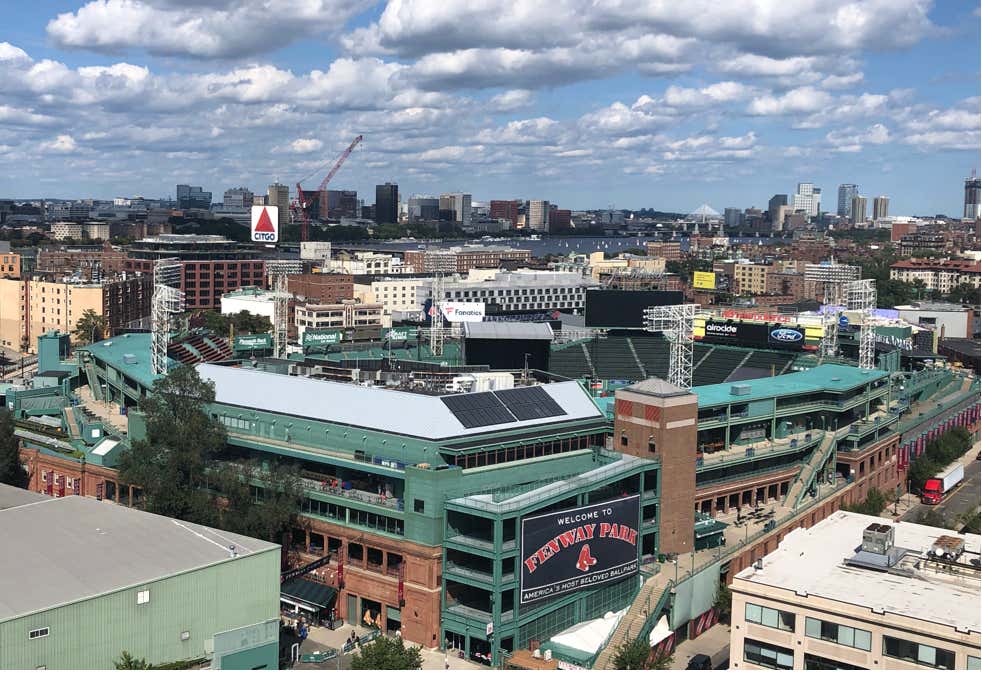 The weather was perfect and there was great food and drink, a spectacular view of Fenway Park, and both silent and live auctions. There were four tickets to Red Sox-Yankees on September 25th, two tickets to Patriots-Titans on November 28th, a Tom Brady autographed football, a Rory Mcllroy golf club, an American Flag that was flown at the Capitol Building on June 20th (world FSHD day), and four tickets to the Revolution-Rapids game on October 27th. But, as soon as I saw the Luis Tiant autographed Red Sox jersey going to live auction, I decided to bid to win. El Tiante was one of my favorite players back in the day and I couldn't let the jersey go to someone else, after all, it was for a great cause…

It ended up being the first non-eBay auction I ever won and I couldn't have been happier to help out. Kudos to Hank Morse for his skills as both an MC and an auctioneer. Well done sir! 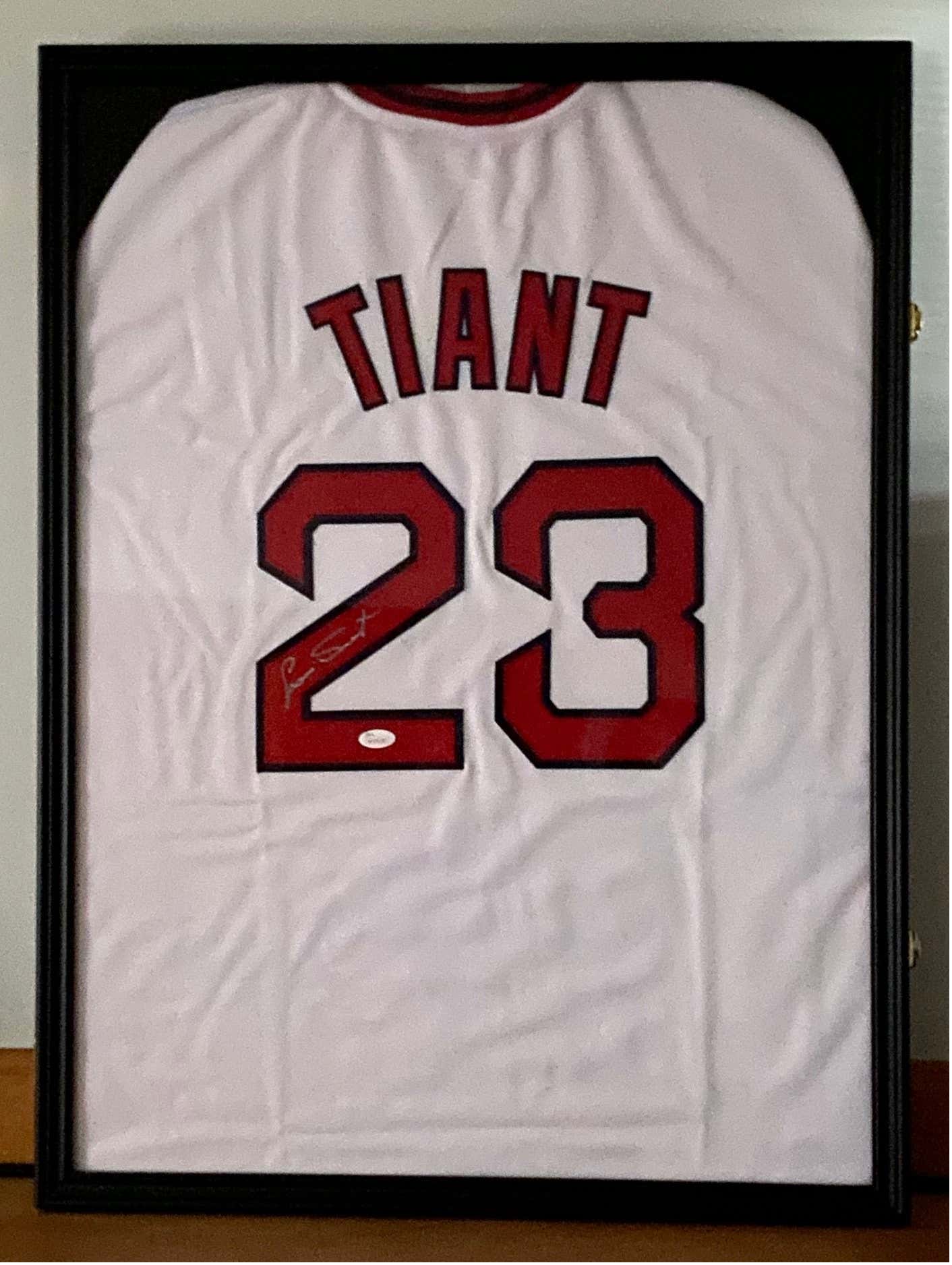 I still need to steam and pin the jersey, but it's already looking like a fine addition to my Man Cave. Knowing it was won in a live auction and for a great cause, makes it that much more satisfying.

* Click anywhere on the page above to make a donation. Thanks!