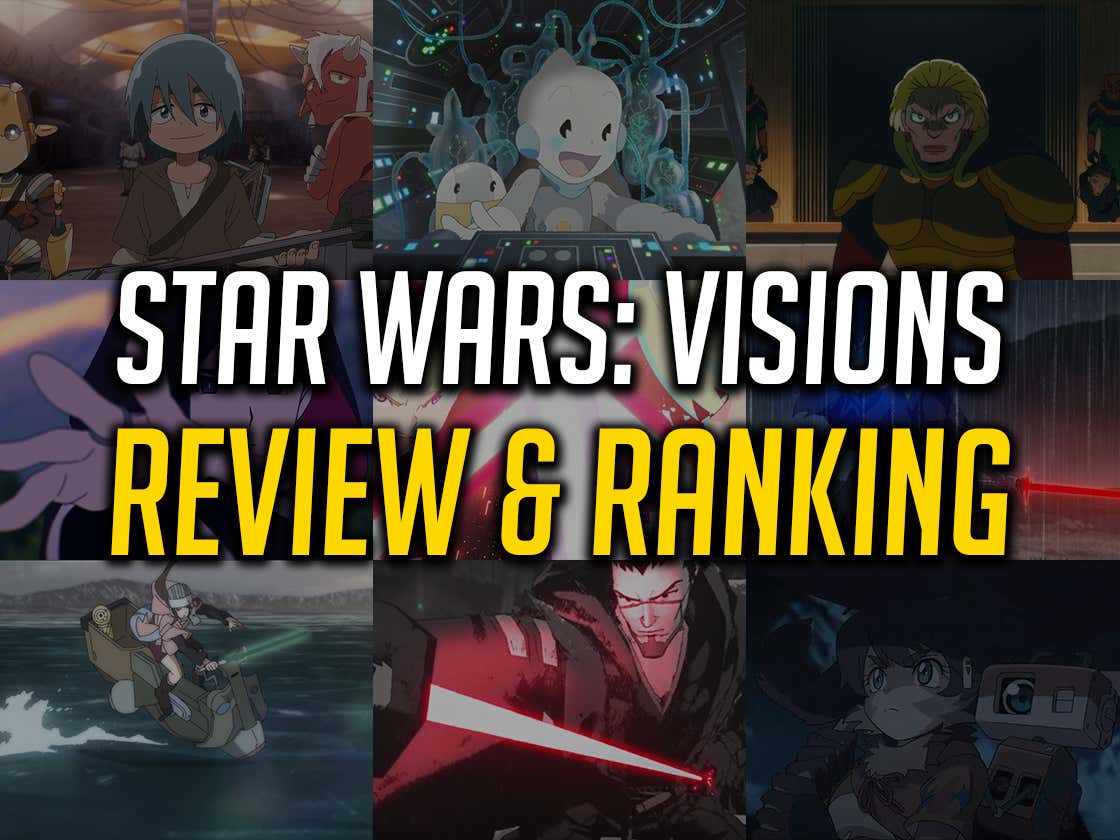 I've been pumped for this Disney+ series to release for a while, and I think it really delivered. Like I said when the trailer came out, the potential stories for the Star Wars universe are limitless, but the production for live action is limited. The animated medium doesn't have those limits, and has already proven to be perfect for storytelling in this franchise with The Clone Wars, Rebels, and The Bad Batch.

It's no secret that I am an anime fan. For the sake of this blog, I'll be making sure to let you know which ones to watch if you're just a Star Wars fan but not a huge fan or are inexperienced with anime. The good thing is that this is an anthology series, so you can pick and choose which ones to watch anyway since the episodes aren't connected at all. For those of you familiar with anime, these are made by Geno Studio (Owned by Twin Engine which made Vinland Saga and Babylon), Studio Colorido (Also owned by Twin Engine), Studio Trigger (Kill la Kill, Promare), Kinema Citrus (Tokyo Magnitude, .hack/Quantum), Science SARU (Japan Sinks), Production IG (Ghost in the Shell) and Kamikaze Douga (They did the openings for JJBA). The only ones I'm super familiar with are Studio Trigger and Production IG. There is actually some crossover with the studios that worked on Halo Legends as well.

I did the dub first while I was working, and I'll be rewatching with the sub at night. Sub is almost always better, but this series has an awesome dub voice cast for what it's worth.

This short is definitly the goofiest, most light-hearted, and "most anime" one of the entire series. It's a little rock opera thing with likable new characters, a familiar face in Boba Fett, and some cool music. I think that was a good risk to take and I think it will resonate with plenty of people, but it just wasn't for me.

I really liked the animation style of this one and how that lovable little droid is an audience insertion character. I was that little kid that wanted to be a Jedi growing up, so the empathy is right there for me. It is also extremely anime, which may turn those of you who are fans of Star Wars but not anime away.

This is a really cool, 3D episode that explores the morality of the dark side. Is it evil to go to the dark side if it is to save someone? That is the problem Anakin had, and the problem explored in this episode as well.

I think that this may be the best looking entry of the series. I LOVED the design of the Elder, and the sordid, evil energy he put out there. This explored a few cool things: The master-apprentice relationship, the nature of power, and the process of getting old. They also raised a lot of questions that they left unanswered, which I thought was smart. The duel between the Elder and the Master is shorter than I expected, but I think it ended with one of the cooler moves you'll see in a lightsaber fight. 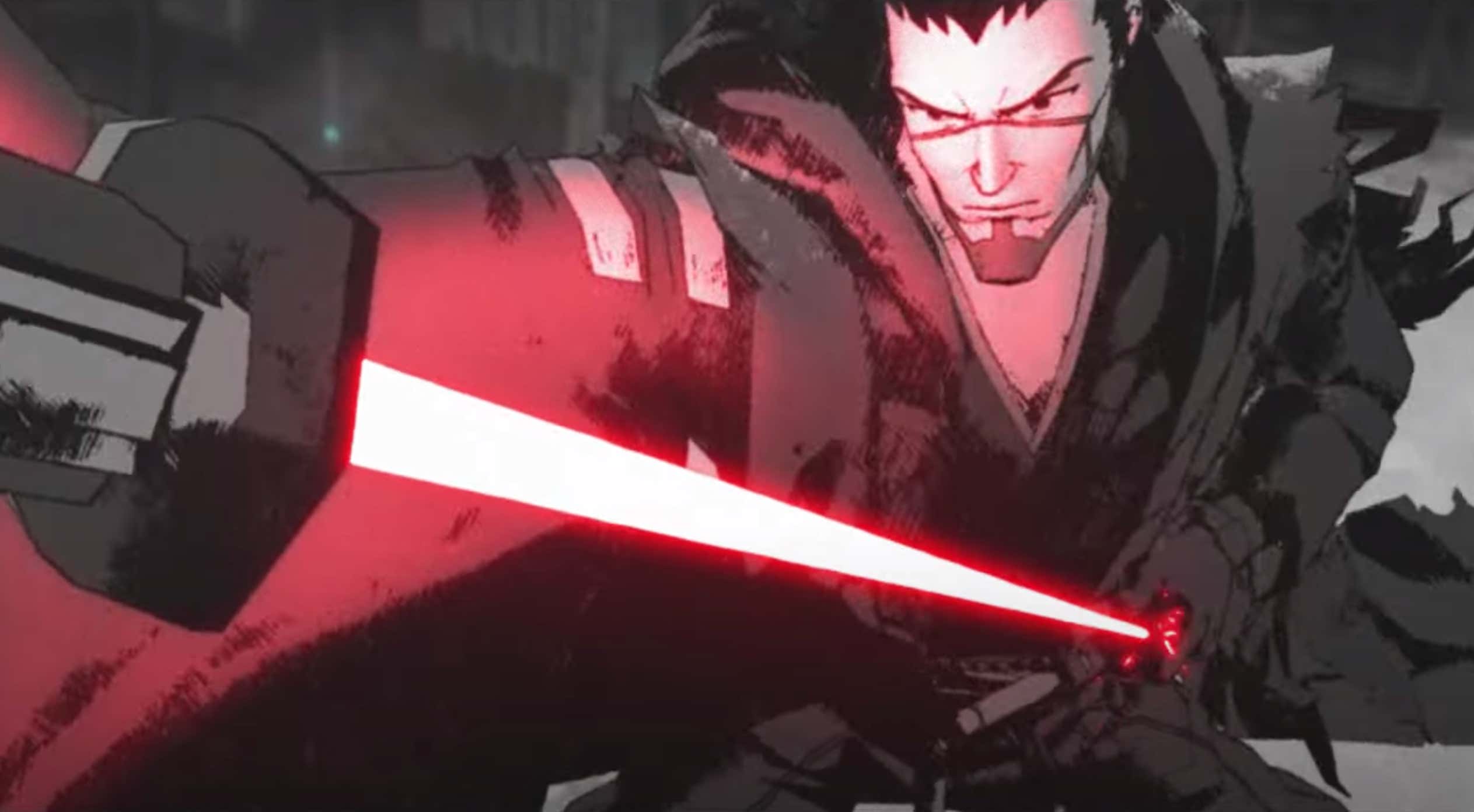 This animation style is typically one I despise in anime, but it worked REALLY well for this. It's a little bit '7 Samurai' with the ronin vs. raiders storyline, which is something often used for Star Wars in the animated world. I liked this classic storyline combined with some incredible lightsaber fight sequences and pretty violent death scenes.

This one has it all. Fantastic fight scenes, really cool characters, and an explanation of the force and it's connection to nature. You have the classic Samurai element of a ronin vs raiders as well, which we see in 'The Duel' too.

This one has a very new-age anime look, feel, and fluidity to it. Especially for those of you who have watched the popular anime the producing studio made, 'Kill la Kill'. That might not be for everyone, but I really loved how it worked here. This story is sort of a take on the Luke-Leia storyline, taking us into the story of 2 twins created by the empire to serve the dark side. It's super fast, flashy and VERY neon. The dub features a solid performance from Neil Patrick Harris, but an INCREDIBLE one from Alison Brie.

This installment goes through some classic elements for star wars fans(resistance to the uniformity and fascism of the empire) with some classic elements for anime fans (environmentalism, yakuza gang stuff, intra-family fighting). This packs what feels like an entire movie into its 21 minute runtime, and has heart, family, an incredible fight scene and a complex storyline.

If I could grant any one of these storylines the green light to make a full series, it would be this one. Kind of like Lop and Ocho, this episode tells an incredibly complex story in such a short runtime. The action is smooth, the story about the bladesmith is awesome and fresh, and the characters are ones I want to see more of! Plus, this is my personal favorite anime style.

If you aren't a fan of anime, I would highly recommend watching Episode 5, 2, 4, and 7. The others might be a little too abrasive for a first time viewer.