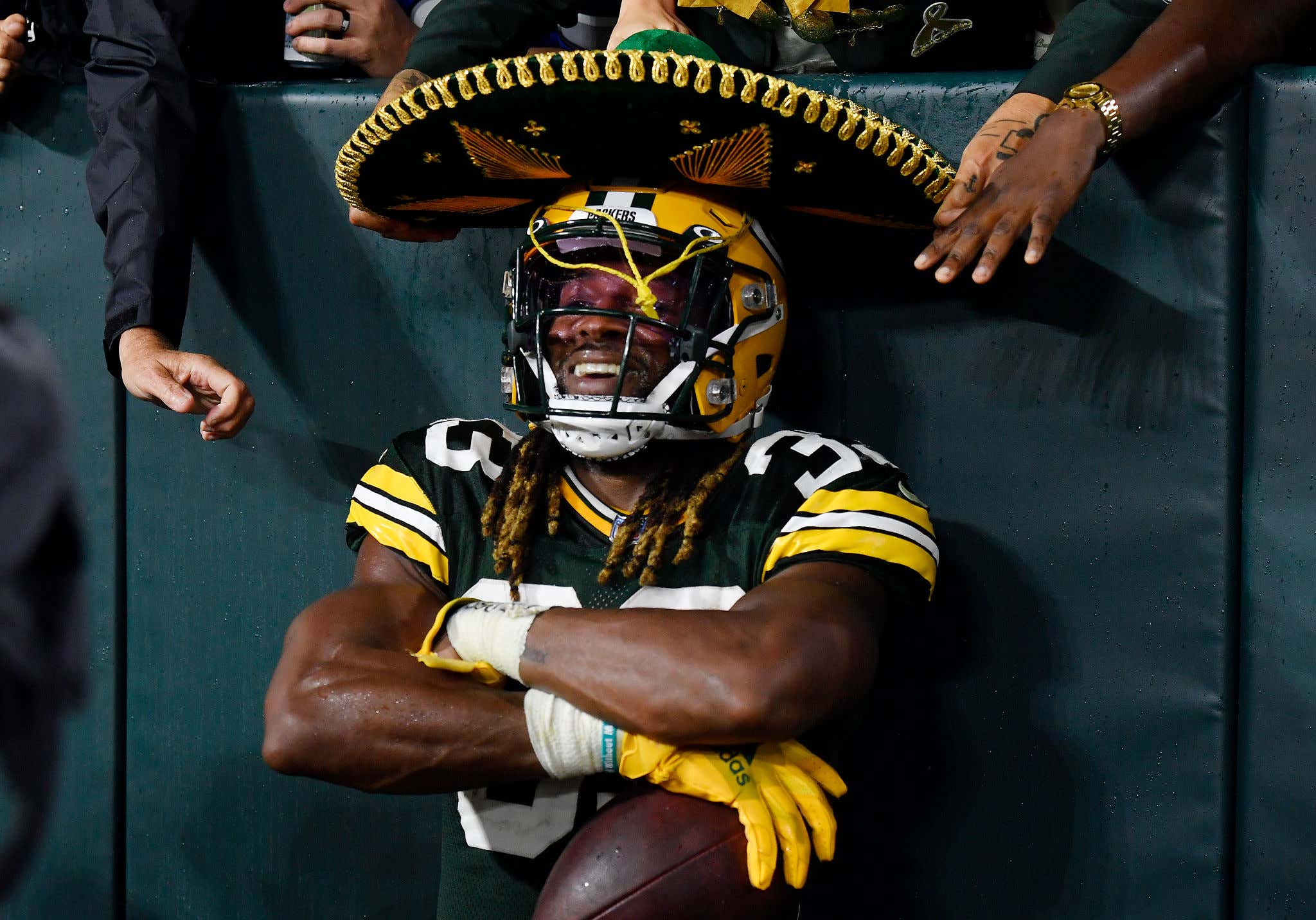 Alright quick little update here on the Aaron Jones chain situation. Last night after the game we found out that while scoring one of his four TDs against the Lions, the Packers running back lost a chain in the end zone that contained his late father's ashes. This was Jones' first home game without his beloved dad in the stands cheering him on. Jones said after the game that if he was going to lose it somewhere, his dad would have wanted it to be in the end zone.

That's all great, but we had to find that chain. Can't have someone stepping on Aaron Jones' father in the end zone in a future game. No sir, can't have it. I said in the blog last night that the Packers grounds crew should not rest until it was found. Seems to me at the 2am hour they gave up and actually went home. Why is that? Because the Packers trainer Bryan Engel was apparently would there by himself looking for the chain!

I love that effort. Flash forward to this morning and Aaron Jones has confirmed that the chain has been recovered. Phew. First thing I did when I woke up was check twitter to see if they found that thing. I was emotionally invested in them recovering it.

Now the question is, does Jones continue to wear it? Does he somehow reinforce the chain so it better stays on his neck next time? If something is working in my life (very rarely), you don't mess with it. You score four touchdowns in your first home game wearing that necklace? You need to find a way to keep wearing it no questions asked.

Aaron Jones is as respectful and humble a human being as they come. One of the easiest guys to root for in all of sports. I'm happy as hell they found that chain.