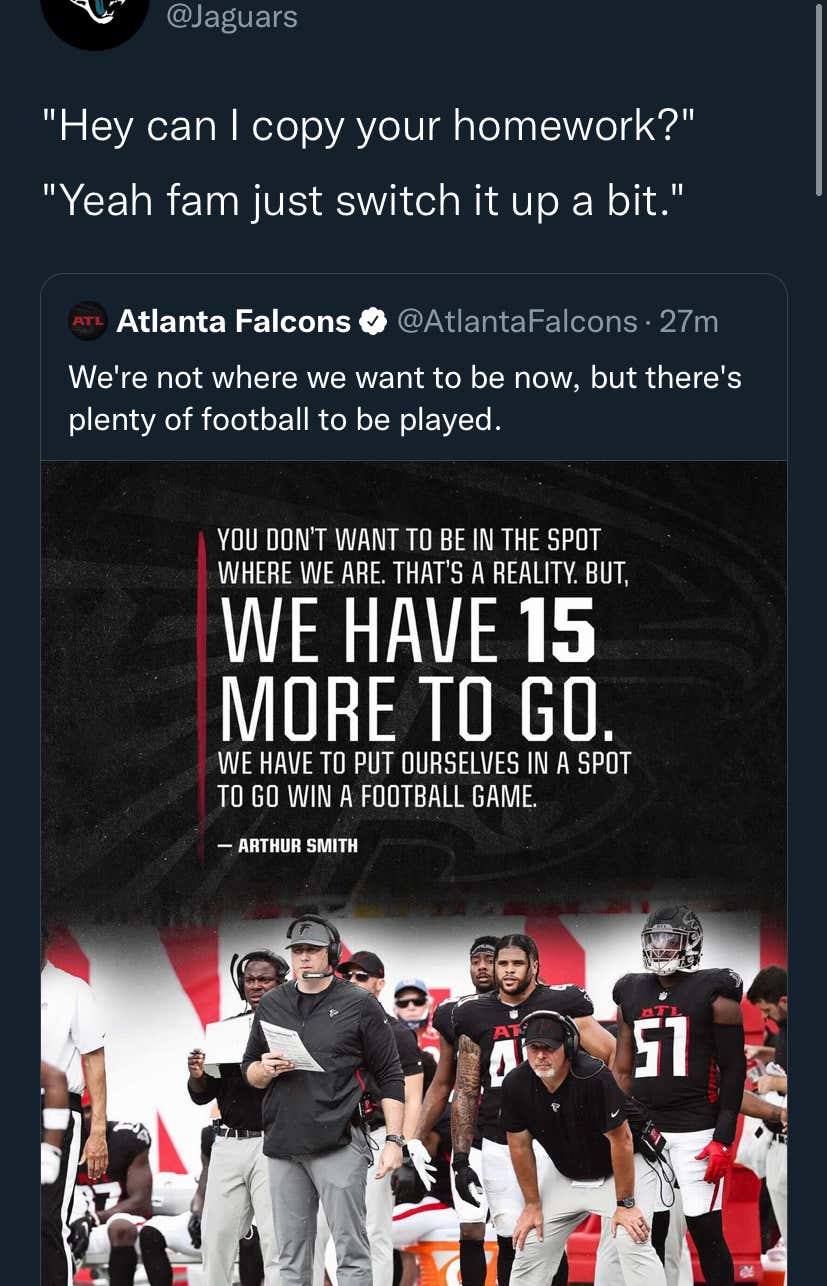 Man on man. It’s one thing for your team to struggle. It happens. Football is hard. Things can go poorly and you happen to lose 17 games in a row. It happens. But, the social team being awful, cringe-worthy (I hate that term but it applies here), and tone deaf should not happen. No one is running a tricky cover 2 hybrid on the social team. You’re playing a padless 7 on 7. Run your good plays.

Honestly, I thought the tweet that got this ball rolling was fucking pathetic when I saw it. Now it sticks in my craw even more.

This is some high school weight room shit. It’s fine that Urban said but giving the quote the background of when THE TEAM WAS STANDING TOGETHER TO HONOR 9/11’s FALLEN is crazy. It’s just crazy. No one fucking died. It’s Jaguars football. It’s week fucking 2. Find any other picture.

It’s week 2 and the Jaguars social team is bragging that they put the loser graphic up first. Very cool, team. Very cool.

And before “intern” jokes start rolling in, these aren’t interns. This is a person who has social media manager as a full time, well-paying job. The only job is to promote the team and not embarrass the organization. Well…. That’s another 0-2 it seems.