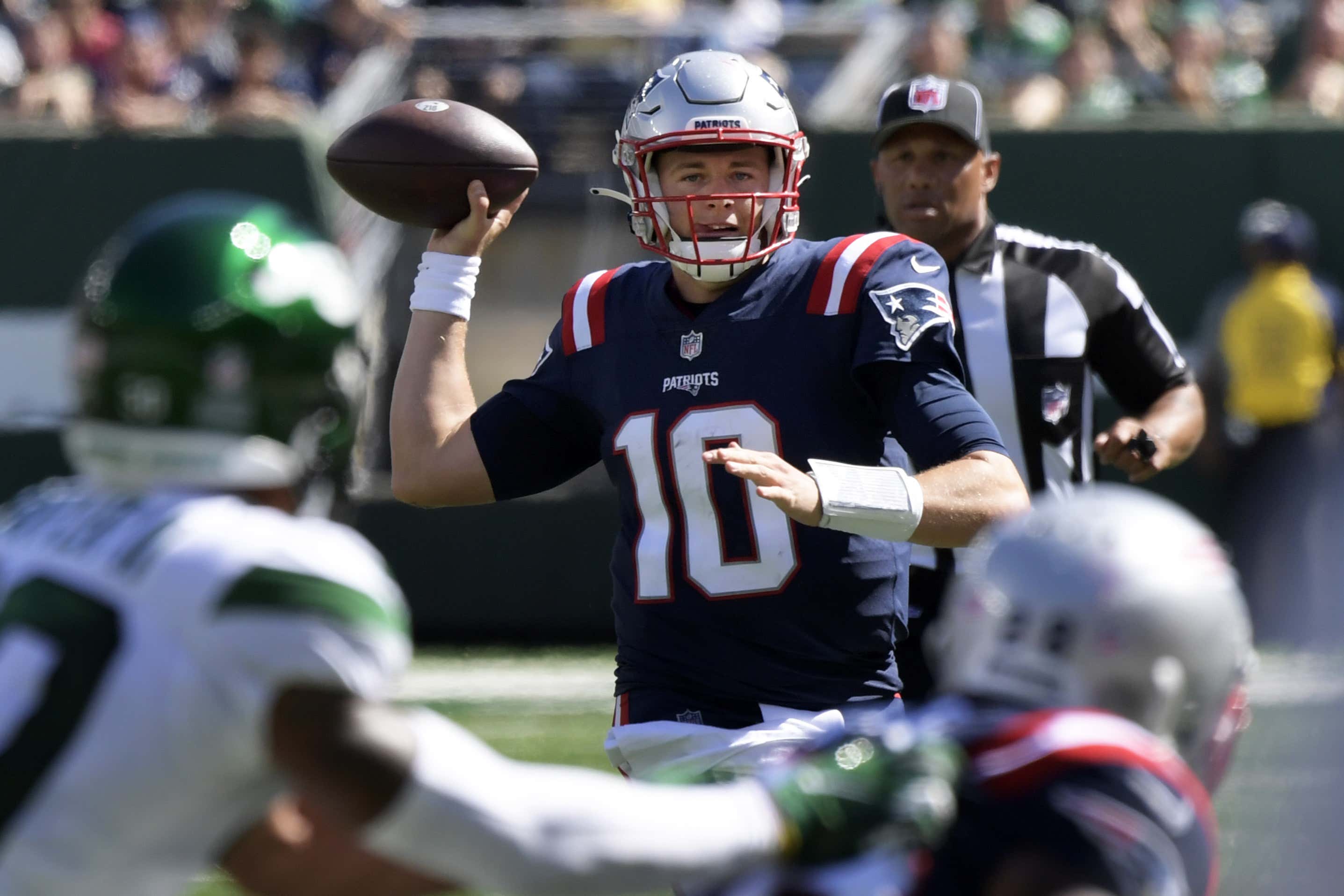 For true, card-carrying, unabashed NFL Draft Nerds, the re-draft can be a useful rhetorical device. Obviously I'm not talking about those pretenders. The wannabe frauds who try to pass themselves off as Draft Nerds for one weekend in the spring just to seem cool and hopefully impress potential lovemaking partners. I mean, the committed ones. The kind that are already working on the 2023 Draft because most of their work is done on next year's.

For them, the re-draft is a way of scouting the scouts. To fine tune the process and examine who gets it right, who gets it wrong, and why. As well as to see how the draft turned into on-the-field success.

The typical rule on such things seems to three years. That by the end of a player's third season in the league, you should have an objective feel for who he is, how he's produced, whether he can stay healthy, will he get a contract extension or be a prized free agent and so on. So, for instance, by now we can logically begin to evaluate the 2019 class.

At least that's the conventional wisdom. But it doesn't always apply. Sometimes, it's better to draw wild conclusions way ahead of time, to beat the traffic. In the case of a former league MVP turned hot take sports talk impresario, the time to redo the 2021 Draft is after two games.

WEEI -  Appearing on The Greg Hill Show Monday morning, CBS analyst and WFAN host Boomer Esiason said he thinks [Mac] Jones would now be the first quarterback off the board based on the early returns.

“I think Mac Jones would be. I think everybody sees that,” Esiason said when asked who he thinks would go first.

Esiason would go on to note, though, that the situations each quarterback landed in has played a big role in their success or struggles so far.

“He’s in the perfect offense,” Esiason said of Jones. “Again, you have to remember that Jacksonville is starting over. The Jets are starting over. Trey Lance is sitting on the bench just waiting for Jimmy Garoppolo to go down eventually. I think in the situation these quarterbacks find themselves in, Mac is in the best situation for a young quarterback to be supported by his team, by his coaching staff. …

“That’s a hard thing to do with athletes … but it takes a while for us to understand exactly what’s happening around us. I think the way that they’re handling Mac and what Mac is doing on the field, it’s really a testament to the coaching staff.”

Well, OK then. I'm not entirely sure I'm ready to get there just yet. As a general rule, I like to wait, oh, a month or so before I start declaring my rookie is the best in his entire draft class. Especially when I have yet to see said rookie attempt a pass into the end zone. I mean, I'm encouraged as hell. Still, I see areas that could stand improvement all over the place. But if Boomer wants to make it a fortnight, who am I to argue?

And to be fair to Esiason, so far there can be no doubt which of the rookie quarterbacks looks the most like he belongs in the league. In fact, it's not even close.

As a matter of fact, Jones is the first rookie QB ever to start his team's first two games and complete 70% of his passes in each, minimum of 10 attempts. And among all QBs who haven't thrown an interception, only Kirk Cousins (81) and Teddy Bridgewater (70) have more attempts than his 69.

But the point of this is not to compare him to veterans like them, but to his peers in his draft class. So far six rookies have attempted passes, with Trey Lance having just one, Justin Fields 15 and Davis Mills 18. In addition to passer rating, Jones leads the group in completion %, yards per attempt, what Pro Football Focus terms "Big Time Throws," and 1st downs, and is one yard behind Zach Wilson in passing yards. Despite having less time to throw than any of them.

Granted, there are underlying reasons for some of these numbers. For instance, Jones' average depth of target is almost half of some of the other rookies. According to Mike Reiss:

Furthermore, Jones has attempted seven passes on running back checkdowns. That is the second-most in the NFL behind Tennessee Titans quarterback Ryan Tannehill (11), according to ESPN Route Metrics/NFL Next Gen Stats.

Which Jones acknowledged after the game and said he's got to get better at finding open receivers upfield. Which I will note, he did regularly in camp, joint practices and preseason games.

Is that enough to make people say Jones is the best rookie quarterback and that everyone should immediately regret the decision not to take him? That even Jacksonville, who won the sweepstakes to take the highest rated QB to come into the draft maybe since John Elway, wish they hadn't played it safe by taking a generational talent like Trevor Lawrence and wish they had a time machine to take them back to late April so they could do it all different? I'm not saying that. A four time Pro Bowler is saying that. I'm just the guy who reports what's relevant. And who right now is plenty happy that the right man for the job fell to the Pats at 15th of the 1st round and who wouldn't have it any other way. Jones is a couple of bad fumbles by his running backs away from having his team all alone in first place in their division and still has his best football ahead of him.

I just hope that, if this keeps up, the league won't actually vote for a re-draft. Since it's Bill Belichick who landed the best (so far) QB in his class, I wouldn't put it past them.