Instant post game therapy session via First Time, Long Time and a number of distraught callers is above and most of the thoughts are laid out there. But here are some quick bullet points:

1) Nick Sirianni showed he is indeed an inexperienced, first year head coach who has a lot of growing up to do, specifically with the play calling.

2) Brandon Graham out for the year SUCKS. Beyond brutal for a team who needs its OL and DL to be healthy and dominant to have a chance. Brandon Brooks out doesn't help, either.

3) Jalen Hurts doesn't have a noodle arm but also doesn't have the rifle that would've taken over yesterday's game. The 49ers challenged him to air it out and there were at least 4 extremely under-thrown balls that could've put the Birds in dangerous situations. Yes, he had the 91-yarder to Quez and the TD called back from Reagor, but that was about it. However, 82 yards on the ground and a TD is wonderfully charming.

4) Nice to see JJAW earning that roster spot via stalk block on the 2-point conversion. Keep up the great work, JJ! Eagles don't need a playmaker like Travis Fulgam on the squad when there's an alleged RZ threat like JJAW doing the damn thing!

In the end, the 49ers are a good, playoff team. The Eagles are, well, kind of what we thought they were before the season started. S/o to the defense for keeping them in the entire game as this could've been a LOT worse than a 6-point loss. We're onto Dallas Week and if the Eagles want a shot at the NFC East...this is kinda a must win on Monday Night. Why? Well, just look at the next 5 games: 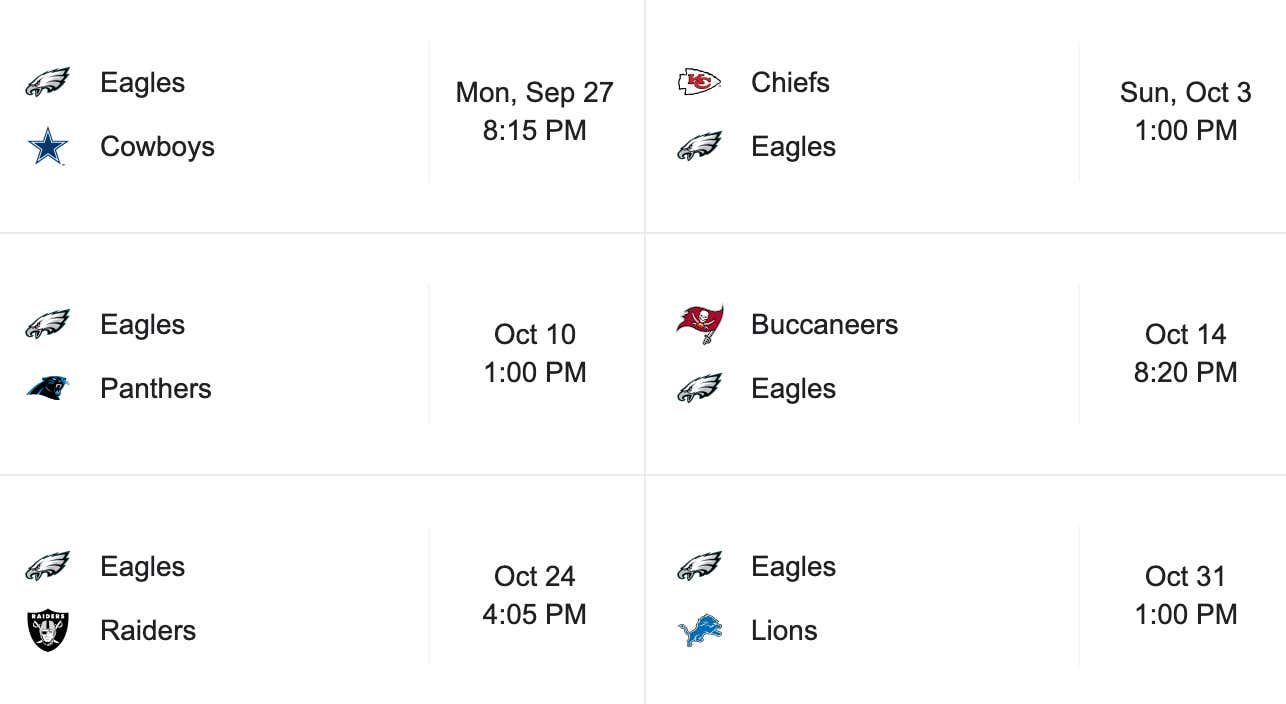 YIKES. Are we really in a spot where 3-3 would be a wet dream? Cause, holy hell, the Eagles have their work cut out for them. Time to step the shit up. Dallas Week, bitches. Dallas Week.

PS - On my honor, that will be the last time we try to talk shit to the opponent's star player before the game. Actually shocked Kittle didn't go for 8-240-3 TD's, because he damn well can piss whenever and whenever he pleases.