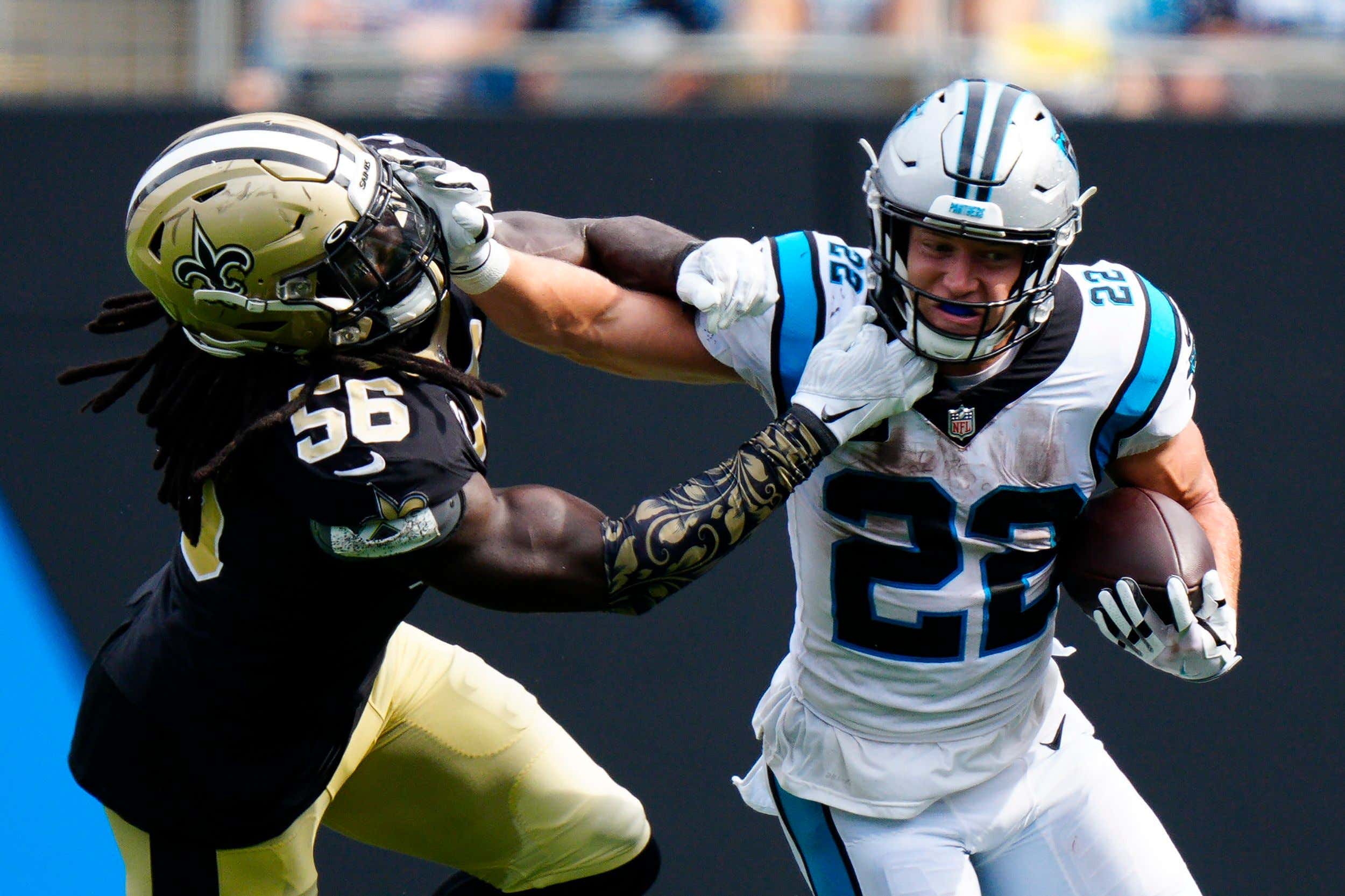 What a difference a week makes in the NFL.

Seven days ago, the New Orleans Saints destroyed the Green Bay Packers 38-3 in the worst game of Aaron Rodgers career. Jameis Winston threw 5 TDs in the blow out win and morale was understandably high.

Early season attrition caught up to the Black and Gold. Already without star WR Michael Thomas, the Saints lost starters C Erik McCoy, DE Marcus Davenport, CB Marshawn Lattimore and S Chauncey Gardner-Johnson to injury. Then a bunch of the offensive position coaches went into covid protocols. Add all that to the Saints facing their 4th week on road since Hurricane Ida blasted NOLA and it was obviously going to be a tough task to win in Carolina.

I stayed away from the Saints -3.5 on Barstool Sportsbook but was still not prepared for that effort. Carolina pounded the Saints 26-7 in a game that was never close.

Jameis Winston completed a measly 11 of 22 passes for 111 yards with 2 INTs. The wide receivers could not separate and struggled to run NFL routes. The Saints only ran for 48 yards with star RB Alvin Kamara gaining a woeful 5 yards on 8 carries.

The defense was carved up by the resurgent Sam Darnold who suddenly looks real good in Joe Brady’s offense. He completed 9 of his first 11 passes and finished with over 300 yards. Christian McCaffrey had 137 total yards and a TD. Carolina is 2-0 and one of the most improved teams in the league.

Where do the Saints go from here?

One positive is that they finally will be back in New Orleans after next week’s game at New England. They have been practicing in Fort Worth, Texas at TCU.

The Saints clearly played above their heads in week 1 then fell off a cliff in Carolina. The reality is they are prolly somewhere in the middle competing for a wild card this fall.

Hopefully the injury situation improves and the Saints get a recharge when they get back to New Orleans. As long as Sean Payton is coaching, I will always have FAITH.