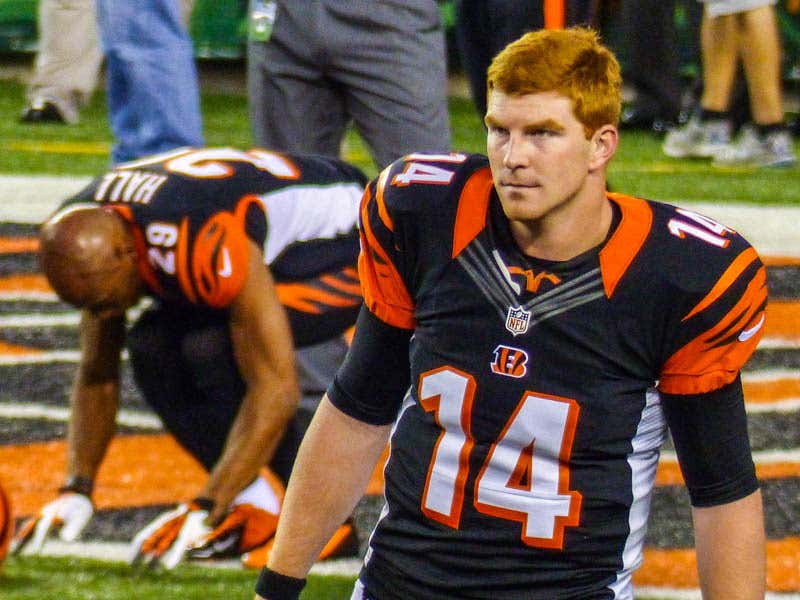 I hope everybody's buckled up for this Andy skull fuck that's going to take place in minutes because there's no revenge like pouring it on your old team. I'd actually reckon that the red rifle clicks it for 333 yds, 4 td, and another one on the ground too to make it Bears early and often.

Nah, on a serious note though - this should be a much better measuring stick than last week. The Rams are an NFC contender while the Bengals are still figuring it out. That's not to say that they're a horrendous team though. Sure, they're not good, but our defensive backfield is going to get challenged once again as Ja'marr Chase & Tee Higgins have the talent to burn just about anybody's ass.

Rumor has it we'll see more Fields as well which will be interesting of course. I myself am most interested to see if Nagy sticks to the running game like he did in Week 1 because as we know that dude likes to fool you once then do dumb shit for a couple weeks following it.