For the record, I have convinced myself that Kenny Golladay was yelling at Jason Garrett, not Daniel Jones

Welp the Giants have slipped into disarray before the second NFL Sunday of the season, which seems like a new record, even for a franchise that lives on the Barstool homepage for all the wrong reasons! Actually you know what? I’m not even going to get upset at these guys. Yeah you wish that your big free agent and first round pick wouldn’t complain two games into the season, especially since some people were looking for a reason to write off Kadarius Toney since the minute they found out about Yung Joka's smash hits.

But these guys are the ones that have to run the plays Jason Garrett calls (or not run in Kadarius Toney’s case) that we have all been bitching about. Of course they are pissed off! They are doing exactly what all us Giants fans are doing on Twitter every single day: Wondering why Golladay isn’t getting more targets (even though he was a hold away from a touchdown), why Toney isn’t even being used in motion to keep the defense honest (even though I have more career receiving yards than Toney's -2), and why Daniel Jones’ biggest strengths aren’t being highlighted with play calls that utilize them (even though people will clown him for the loss despite playing his balls out last night).

I am not letting the defense off the hook either for making Taylor Heinecke look like Joe Theissman a week after Teddy Bridgewater morphed into John Elway. Those last two drives almost had me forget about this mindfuck at the end of the first half.

Same for the piss poor "drive" they put together after the Bradberry pick that gave Washington the ball back instead of trying to step on their throat. 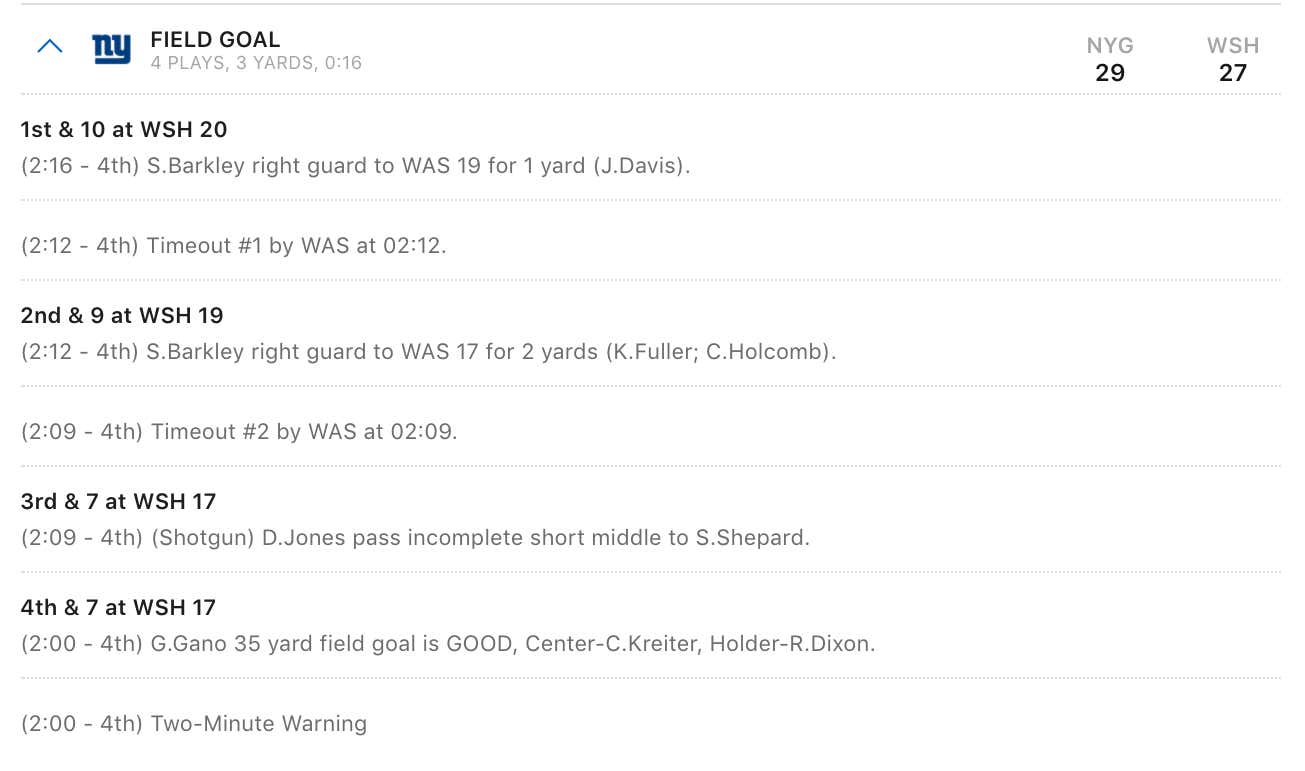 The most fucked up part of all this is that everything would feel alright today if Dexter Lawrence lined up anywhere in the world on the right side of the football during that first field goal attempt. Most crushing loss since the DeSean Jackson punt return more than a decade ago.

Coach Judge has to bury a football today because I don’t know if there is any other way to move on from last night.

Not sure if you guys knew this, but the 2007 Giants started out 0-2 as well. Nobody has ever been more back than the Giants