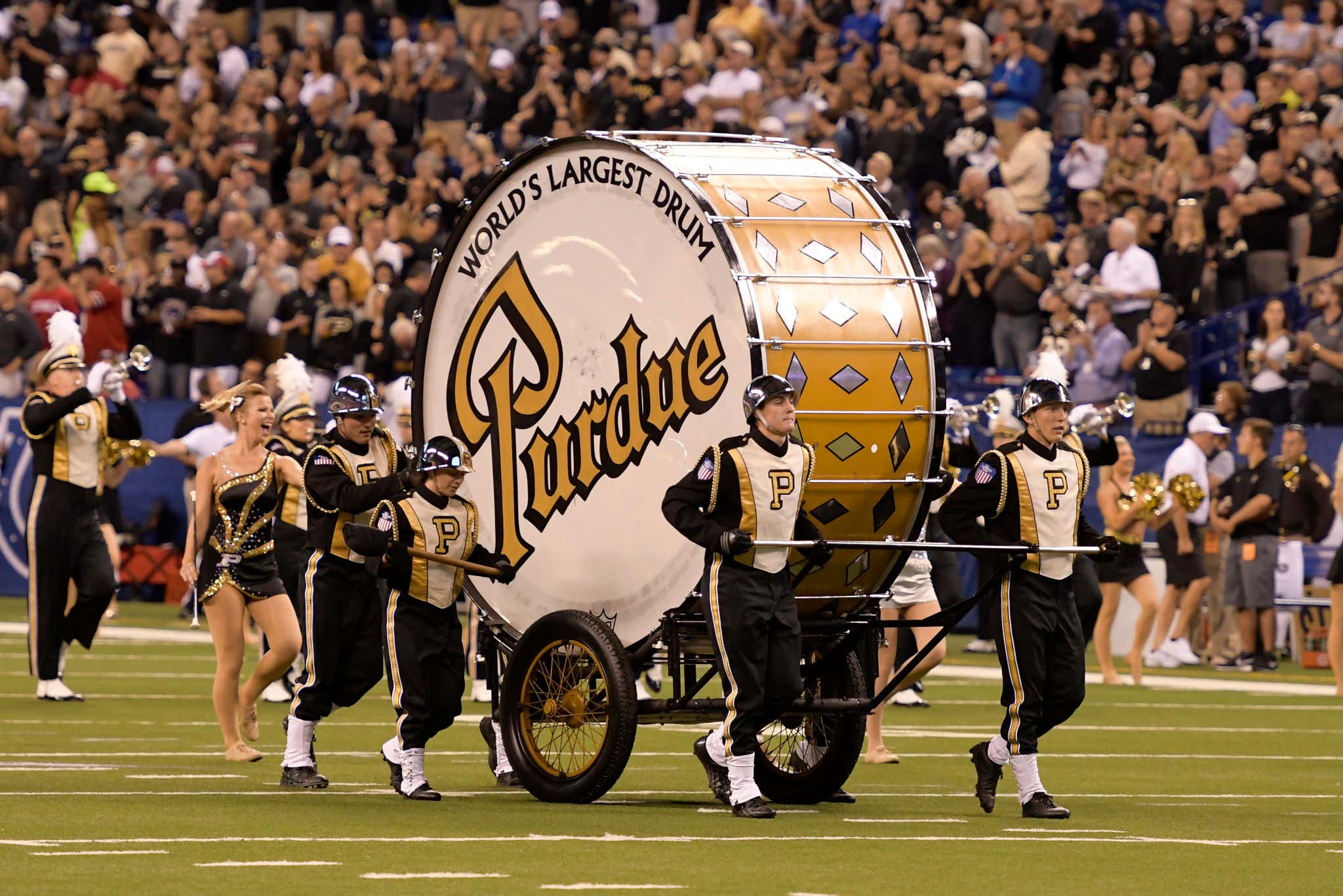 "This weekend's matchup between Purdue and Notre Dame will be missing one iconic member—the World’s Largest Drum.

For the first time since 1979, the Boilermakers’ 100-year-old bass drum will miss a performance can't fit through visiting team tunnel in South Bend, and the Fighting Irish refused to let the Purdue band use the main tunnel, per Gregg Doyel of the Indianapolis Star.

Thursday marked the 100th anniversary of the drum, which is more than 7 feet tall and 3 feet wide."

This is how you're going to try to throw Purdue off it's game, ND? "Refusing" to allow your in-state rival to travel with one of it's pregame traditions after not playing for nine years? Sad. Soft. That's fine - the Boilers may not have their big ol' drum with 'em but they'll still be bringing the boom with the likes of Karlaftis, Bell, and Durham.

So classic Notre Dame. Stuff like this is just another example to add on to why so many people hate them. And this is coming from a guy born and raised in the Catholic school system in Indianapolis. Truly a little over half loved the Irish and the other half despised them. Notre Dame is always rules for thee not for me. I can just imagine Brian Kelly's pudgy red face shaking his head in disapproval when asked if they could make some accommodations. Maybe if Purdue signed up for Peacock the Irish would let them bring the drum as a thank you.

Be aware, Irish fans, if you aren't already. Two squeaky wins against Toledo (yikes) and Florida State (bigger yikes?) with some playmakers coming to town. Rivalry game. The Drum isn't the only thing you can throw out this weekend (records).