A triple wipe? On his face? Whose idea was this? There had to have been a ringleader and I want whoever it was dead. I mean the level of disrespect is astounding. He just sat there and took it too. Look at him... 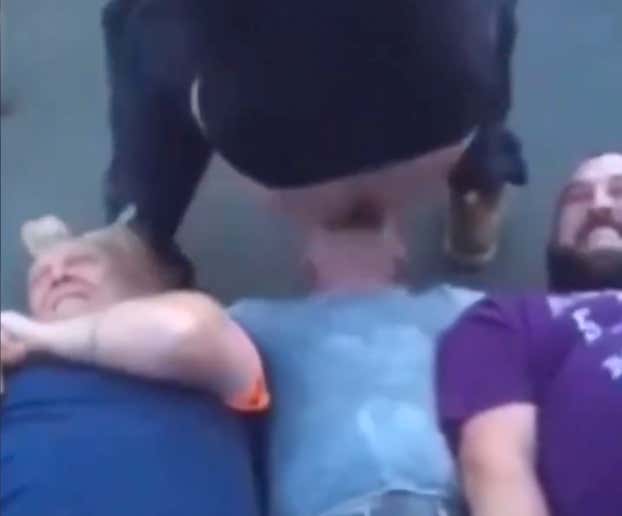 Then again, what else was he supposed to do? Those two pigs had him pinned down. I guess the only way he could've taken control of the situation is if he stuck his tongue out, which I wouldn't suggest. Those men are Scottish, meaning they have a thick unkempt pubic area and a diet rich in haggis. In other words, dingleberries. Gross.

* Insert transition that I can't think of here *

I'm currently on a plane to Bristol, Tennessee with Large and Spider to cover the Bass Pro Shops NASCAR Cup Series race tomorrow night. Say that three times fast. We're going to have exclusive odds on the Barstool Sportsbook so make sure to keep an eye out for that. Enjoy the rest of the day.