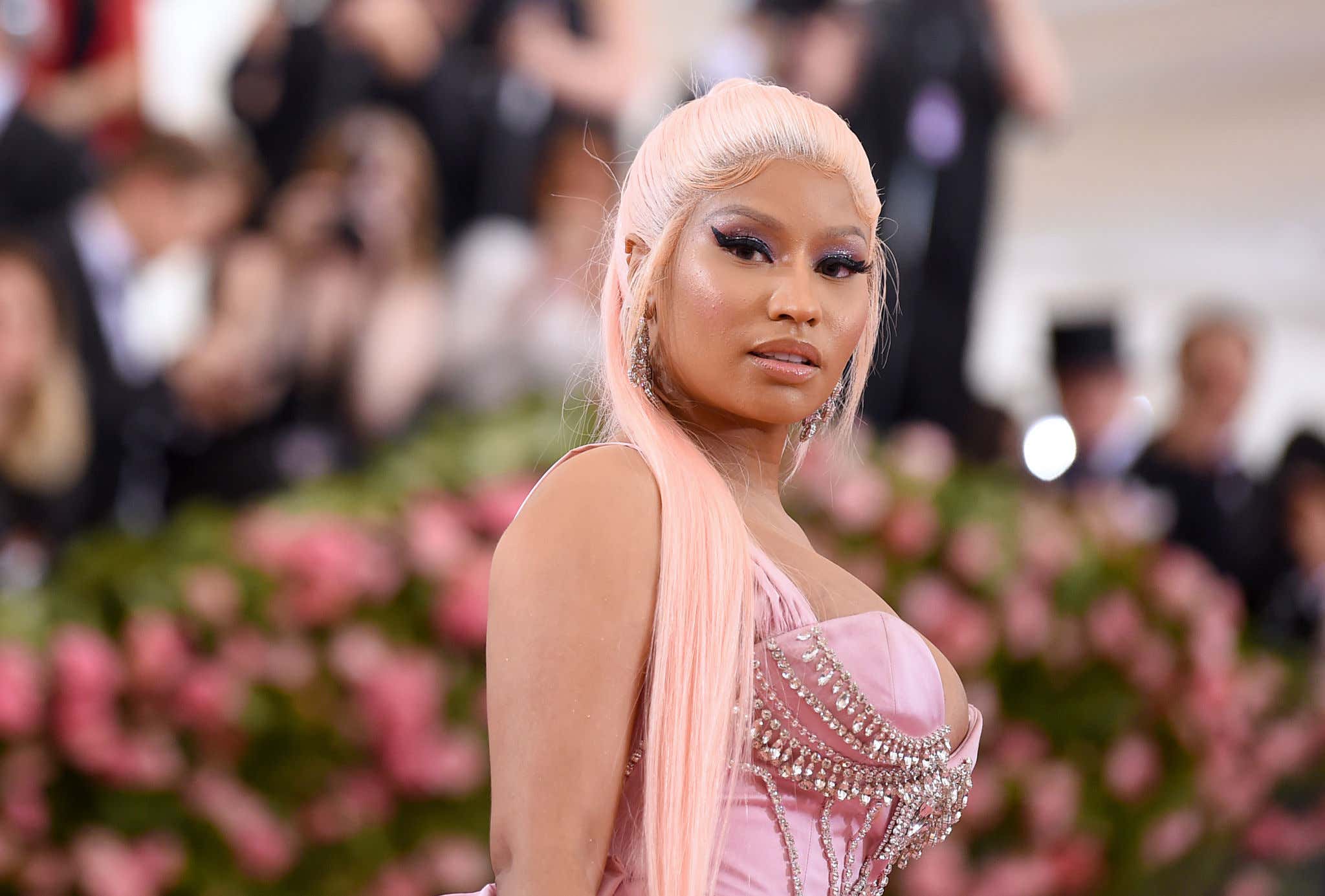 There's a expression of uncertain origin that goes, "May you live in interesting times." While some attribute it to 1930s Great Britain and others to China, it's meant to be used, ironically, as a curse. And without question, these are interesting times. Perhaps the most interesting. Which is not good.

The latest interesting part of these accursed times is the unlikely beef going on between Nicki Minaj and … well a host of famous, powerful people. It began, maybe not so innocently enough (I don't know what constitutes "innocent" anymore) with the Queens-bred but Trinidad and Tobago-born rapper Tweeting about her cousin's friend's balls:

Given that Minaj has 22.7 million followers, this tragic tale of testicles swollen and love lost has almost 125,000 Retweets, and the vaccine is the supernova of hot button topics at the moment, she's come under fire for it. Personally, I prefer to get my medical guidance from the folks in the nice building with the padded tables, charts, sphygmometers and old copies of Entertainment Weekly in the waiting room who went to school for this stuff, as opposed to the musical artist who gave us "Super Bass." But that's just me. And in fairness to her, she did simply advice her fans to make a decision they're comfortable with, which doesn't sound all that unreasonable.

But this is 2021. The last flight to the island paradise of St. Reasonable departed a long time ago. And there's not another one on the schedule. Prominent voices who believe Minaj is sending the wrong message to a huge population of impressionable people demanded she walk back the Tweet and apologize for it.

So Minaj blasted back at Joy Reid for her own changing opinion/hypocrisy on the issue with a Tweet so incendiary I won't even embed it out of fear that posting it will be seen as some kind of tacit endorsement. Which is it not. Here's the link. And my commentary is simply:

But it's one thing for a music superstar to get into a public feud with a TV news commenter. That's probably been going on since the invention of television news. For all I know, in the 1950s Edward R. Murrow was tearing into Chubby Checker because his Devil's Music was inspiring teenagers to masturbate or something. But if there was anyone weighing in on the subject, it wasn't happening at the White House. To the best of my knowledge, Harry Truman and Dwight Eisenhower were too preoccupied with rebuilding Japan and Europe and holding back the Red Menace to offer opinions on pop stars, public health and genitalia.

Cold War and all, that was a simpler time. Now the controversy is a disagreement between Minaj and the White House as to whether she was invited to 1600 Pennsylvania Ave to discuss her cousin's friend's nuts.

Whether the offer was for a phone call or a Testicle Summit in the Situation Room is between them. What we do know is that the man at the very top of our national public health bureaucracy took time out of his schedule of running our government's policy's to give his opinion on the size of the ballbag in question.

Not to be outdone, Fauci's equivalent in Trinidad and Tobago dropped everything to investigate whether the nation under his care had any reported case of a citizen with an enlarged yambag and impotency due to the vaccine, and debunked Nicki's account.

Whether or not an engaged couple called off the wedding, the situation is developing, and we'll bring you the details as soon as we can confirm them.

All that said, isn't this the easiest controversy to resolve in the history of the world? It's called Show & Tell, and I'll I'm hearing is a lot of talking. As Carl Sagan used to say, extraordinary claims require extraordinary evidence. If Nicki Minaj is going to tell us her cousin's friend's grapes have been turned into grapefruits by the shot and put half the hemisphere's governments into DEFCON 2, lets see them. Produce the friend. Let's hear from the ex-fiance. At very least, produce some Before and After photos. Preferably with some sort of a common object next to his scrote for perspective. (And no golf pencil meant to look like a real, full-sized pencil to make it look bigger. That's my move.) Then we can resolve BallGate in about 10 seconds. Prove it or debunk it. Go wherever the truth takes us. Then get our officials back to the business of running the country and our rappers back to the business of rapping.

Like I said at the beginning of all this: Interesting times. Interesting enough to make you long for the days when it was so boring no one was talking about some anonymous Trinidadian's gonads. But those days are gone and not coming back.