TODAY IS THE DAY - Day 1 of the Spittin' Chiclets College Gaming Tournament begins tonight starting at 7pm EST! The matches will be streamed on Twitch.tv/BarstoolSports and Spittin' Chichlets YouTube - Grinnelli and I will be in the booth together casting the matchups to give you all the action.

Tonight we'll be going through Round 1 and Round 2 of the tournament. The format is 3v3, best of 3, single elimination. We're starting with 16 teams and by the end of the night, we'll be left 4 teams remaining.

"The boys were able to secure a National Hockey title last College Hawkey season, so who's going to be able to stop them this time around? I don't think anyone will have an answer for ZooMass throughout this tournament."

BU's biggest matchup is right off the bat when they face BC. This is going to be a hard-fought match and I expect BU to come out on top. Having Whit rooting for you has to provide some fuel for these boys.

GLHF to everyone competing! See you at 7pm. 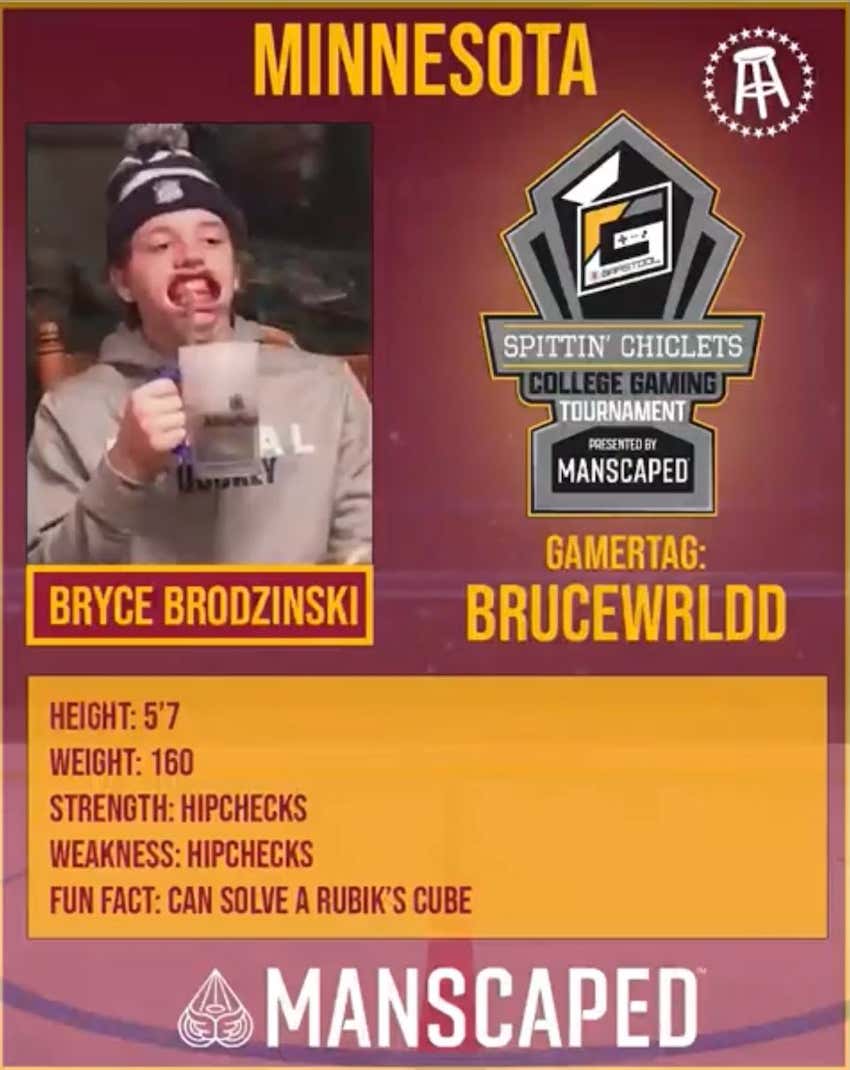