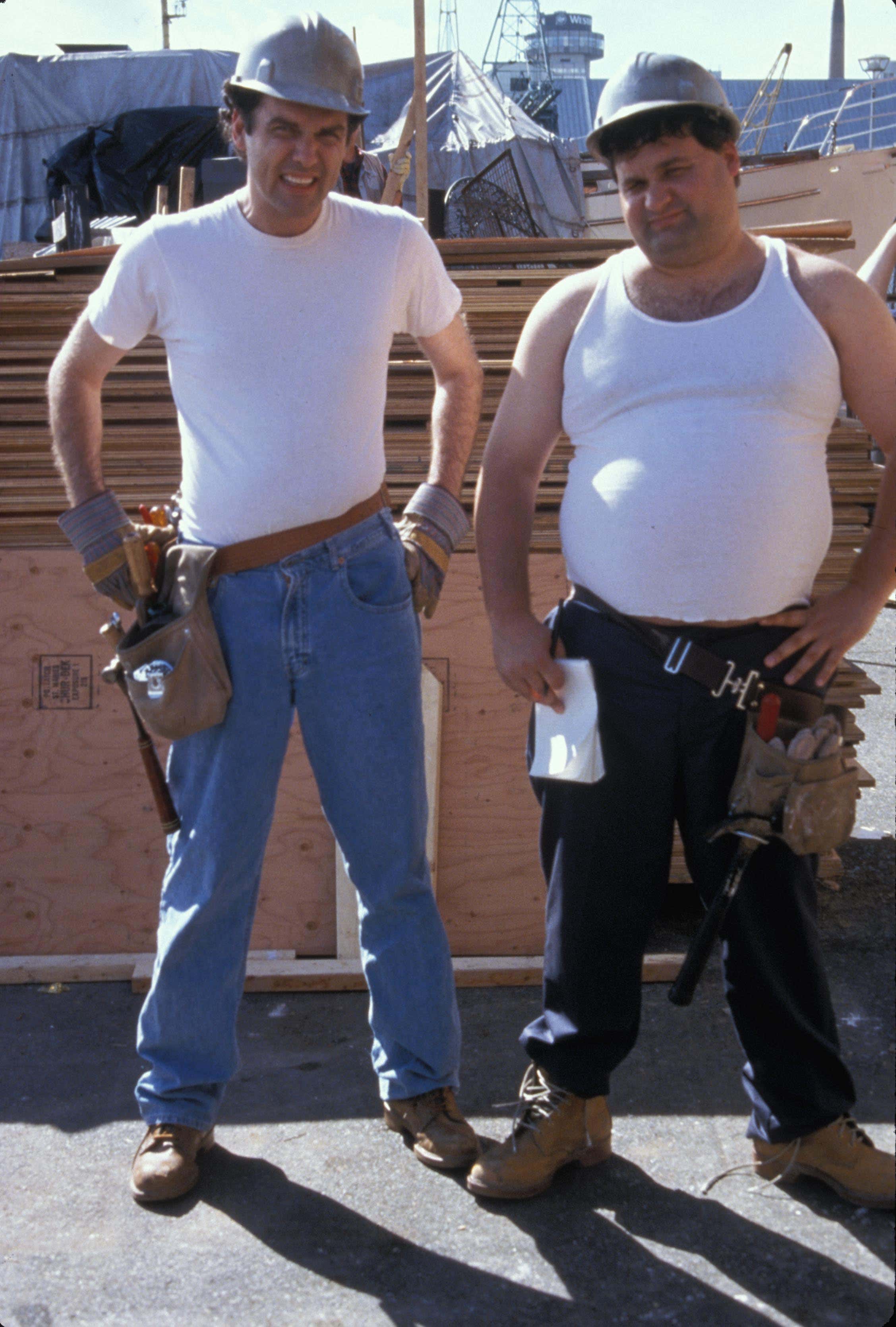 A tribute to the Norm Macdonald and Artie Lange star vehicle that the critics hailed as "a leaden, taste-deprived attempted comedy" and "a desert of comedy" with only infrequent humor  (The New York Times), "a tone-deaf, scattershot and dispiritingly cheesy affair with more groans than laughs", and though Macdonald "does uncork a few solid one-liners", his lack of conviction in his acting "is amusing in and of itself, but it doesn't help the movie much" (The Los Angeles Times).

And another rave review, this time from The San Francisco Chronicle, who recommended the film only for "people who like stupid lowdown vulgar comedy. I had a few good laughs."

Shout out to Phil Villareal from the Arizona Daily Star aka the paper of record: 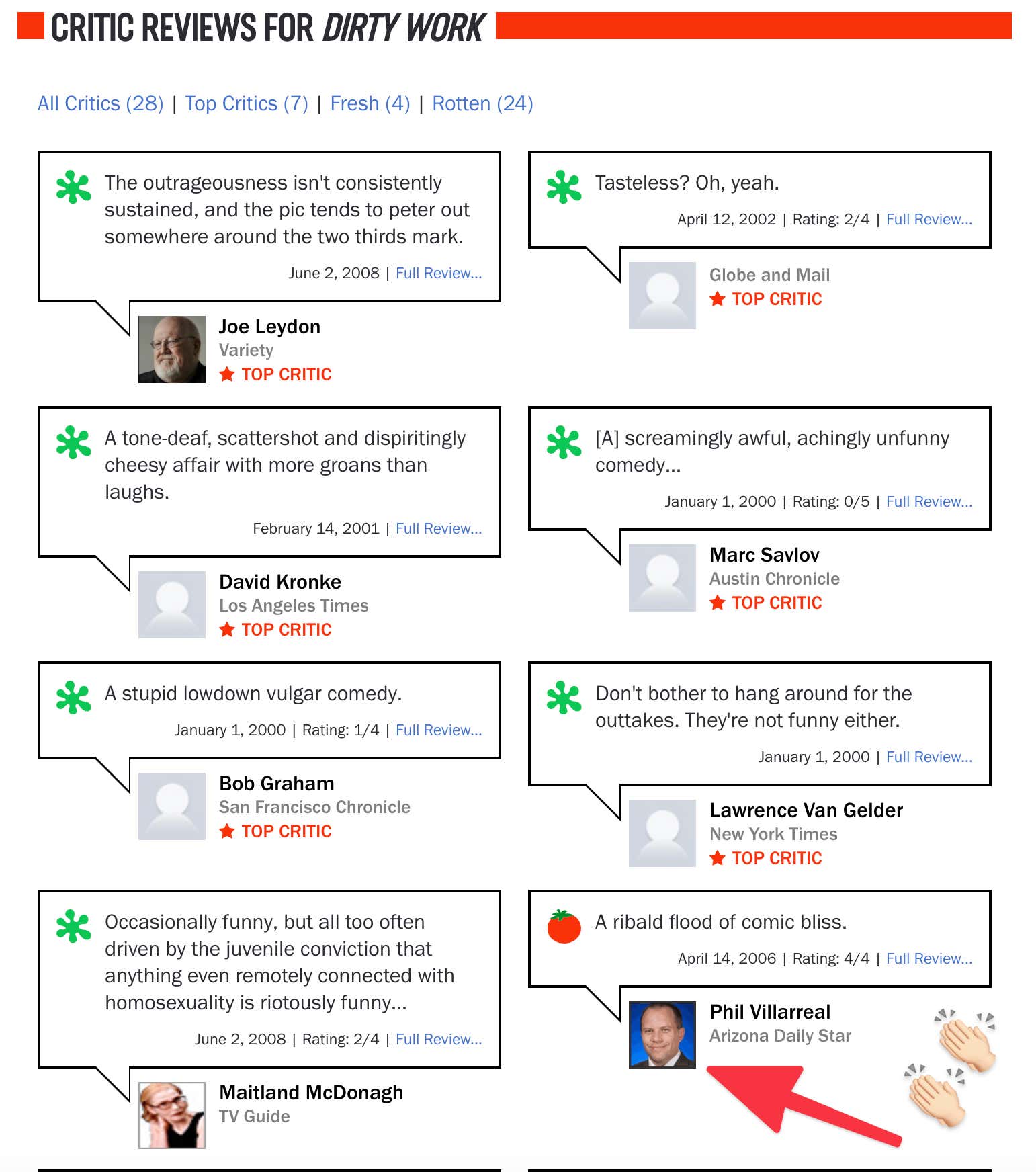 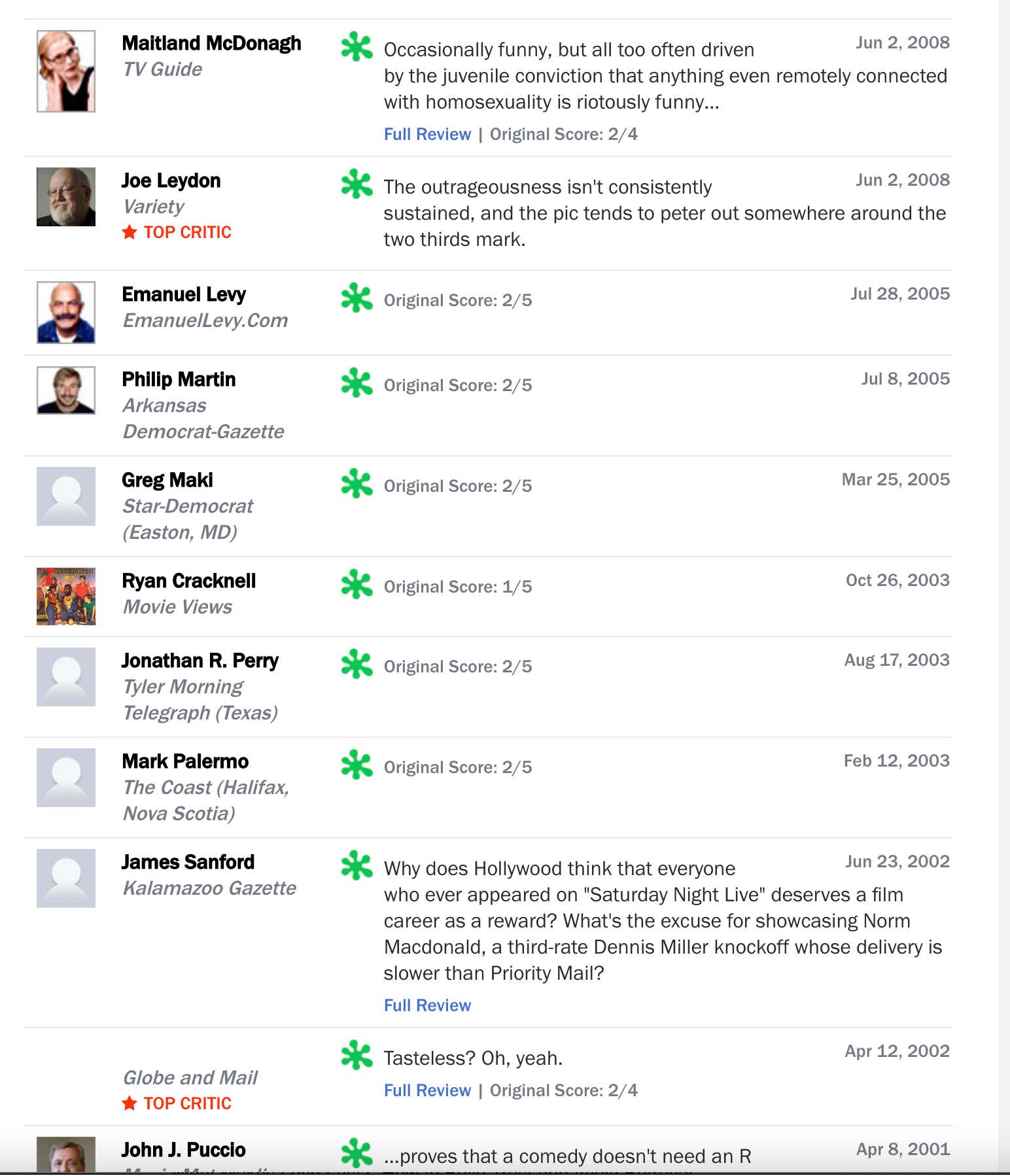 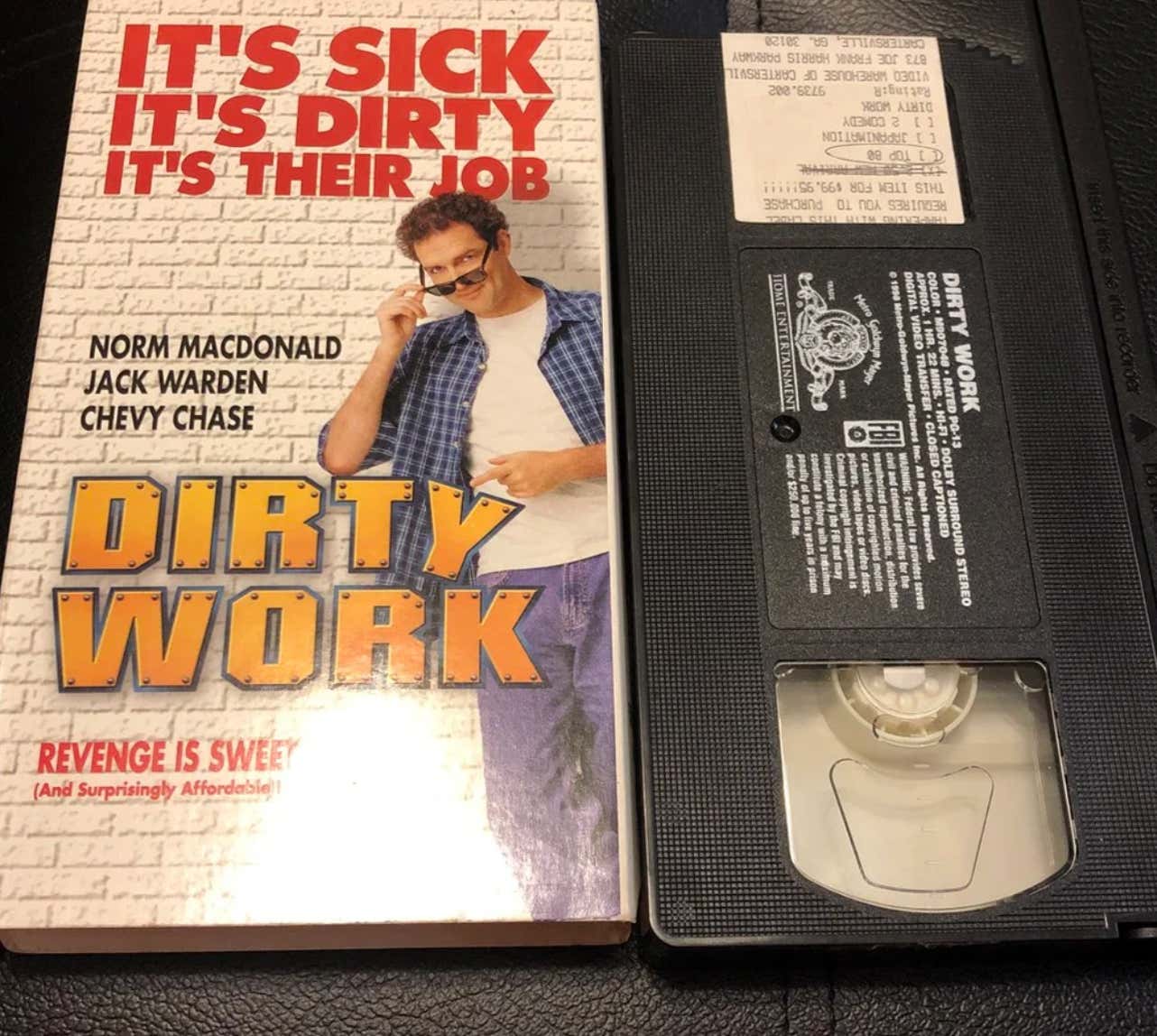 Rest in peace to the actor of a generation. 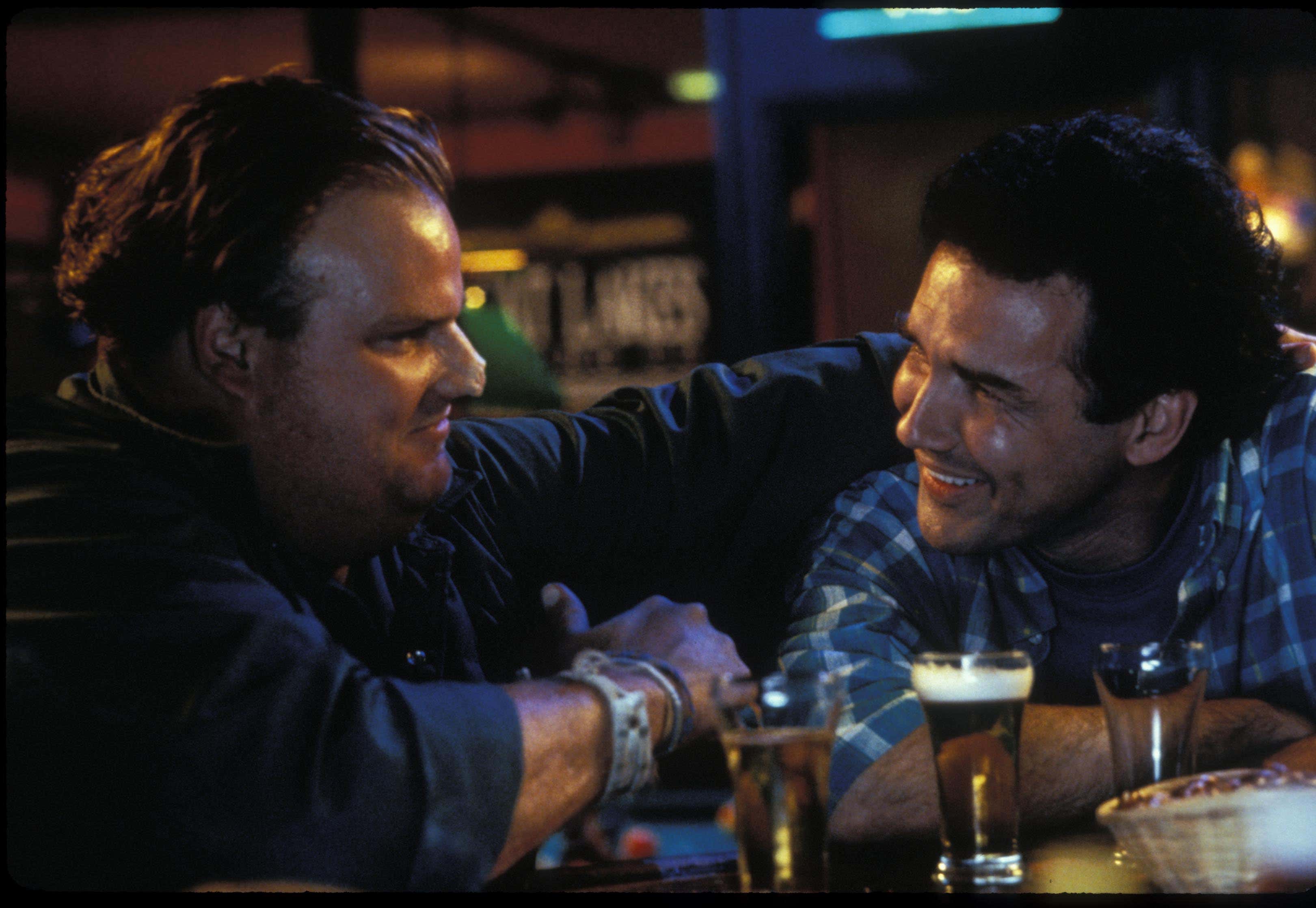 People forget this was directed by Bob Saget and had appearances by Chris Farley, Don Rickles, Shooter McGavin, Gary Coleman, Chevy Chase, and an uncredited cameo from Adam Sandler, as "Satan."