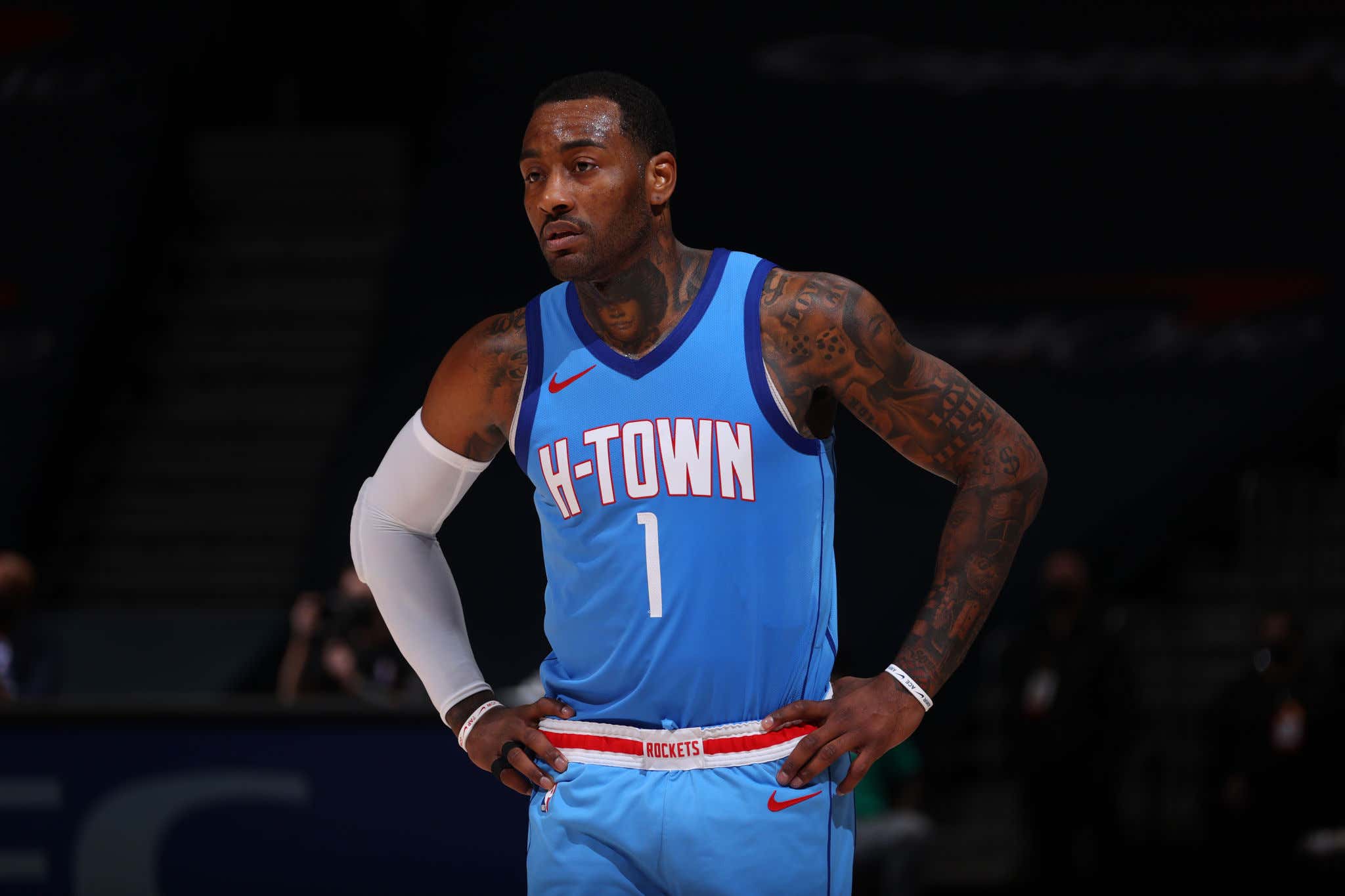 And just like that, the John Wall era in Houston has come to an end. It lasted a total of 40 games, and while the overall numbers look similar to what John Wall normally puts up (20.6/6.9) the efficiency certainly wasn't (40/31%). I can't say this is a surprise since Wall doesn't exactly fit the Rockets timeline anymore, but he is entering just his 31 age season. That's still relatively young, and when you factor in the miles he saved by sitting out all that time, I'd say there's a decent amount left in the tank. He may not be prime John Wall anymore, but he's not totally cooked either.

Where this gets interesting is Shams reporting that there's no plans on a buyout. That's not surprising really, why would Wall give that money back? You think a player with his injury history is giving up that $47M player option? No chance. The question now becomes who the hell is trading for that contract? Not only does a team have to have the money to make it work, they also are going to need a point guard. That's a pretty small list. You would think the Rockets are going to have to attach some 1sts to that deal in order to get someone to bite, and as we've come to learn in the NBA, you can never say never with this shit. Westbrook got moved, Al Horford got moved (twice), Kemba got moved, so nothing is impossible.

But even someone like the Thunder who barely have $50M in team salary don't even have the room to trade for Wall into their $35M cap space without giving up players. You do have a couple of teams out there that have some large contracts to offer though. A team like the Cavs could maybe build a package around Kevin Love and his $30M, but with Sexton and Garland on the roster, why would they? There's always the Sixers and Ben Simmons, but can you see Morey finally biting the bullet and trading Simmons to Houston for a player like Wall? I can't, even if he doesn't have a choice considering they need to add more money in order for it to work. That's why they can say there's no plan on a buyout right now, but we might ultimately see one after the Rockets canvas the league and find there are no trade options out there.

If he does get bought out, we can just pencil him into the Lakers/Nets. They don't need him, but that's where he's going to end up. You know it, I know it, everyone knows it. I will say his market probably opens up if he costs a fraction of the price compared to where he's at now, but how many teams is he going to be happy with? Has he accepted that he's no longer prime John Wall and could maybe be a backup? We haven't seen that yet.

While the Rockets have done a pretty good job rebuilding things this offseason, it is still wild that they basically now have nothing for the James Harden/Russell Westbrook trades. That's a little crazy when you think of how good those guys are.

So where do you see Wall ending up? Unless it's a buyout, I'm having a hard time seeing a team pull the trigger. Maybe the Clippers? They have some decent contracts to line up I suppose and they need talent with Kawhi out. Either way, the John Wall era in Houston has ended, and frankly it wasn't that great.