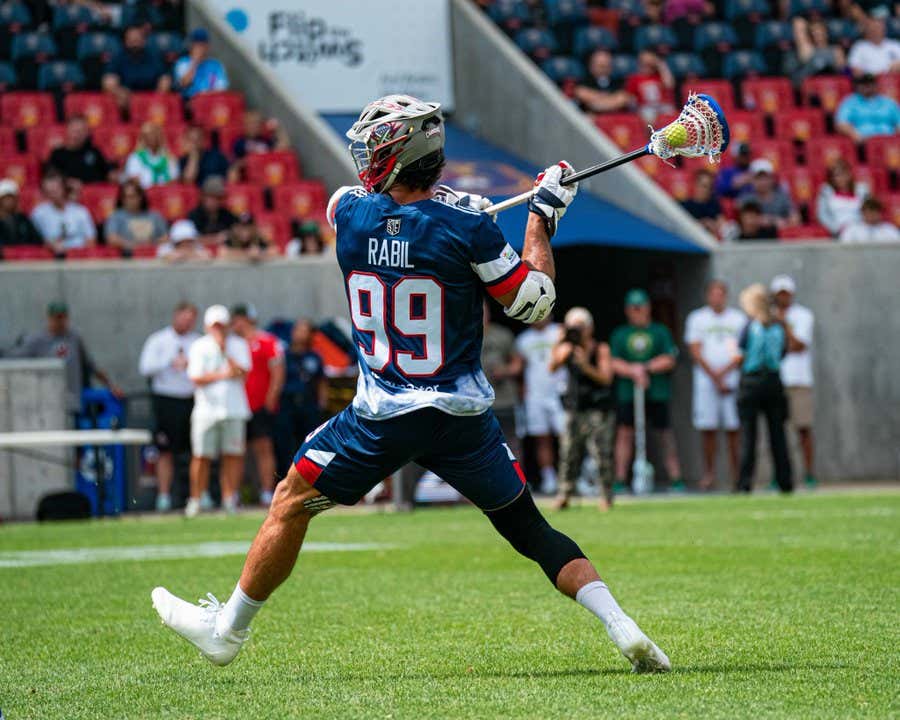 In any sport you're always going to have the standard GOAT debates. There are a handful of universally accepted contenders in those debates and it usually always boils down to championships or points or whatever. But either way, the conversation is typically centered around what those athletes accomplished on their respective playing field or surface.

And when we're talking about purely lacrosse accomplishments, Paul Rabil is without a doubt in the GOAT conversation. He's a 2x National Champion. A 2x MLL Champion. A 2x MLL MVP. An NLL Champion. A 2x World Lacrosse Champion. The all-time leader in pro field lacrosse points. So just from an on-field accomplishments perspective alone, Paul Rabil's name has to get brought up in the GOAT debate along with other legends like Gary Gait, John Grant Jr, Casey Powell, Mikey Powell, Jim Brown, Dave Pietramala, etc. etc. But once you get into that debate, it's a toss up on how you'd personally rank those guys.

Paul Rabil is the closest thing to a household name that the game has had. Part of that is obviously being in the right place at the right time. Paul Rabil's career was just getting underway around the same time as social media. So in that sense he was always going to have a bigger platform to work with than the legends who came before him. But to take that moment in time and turn it into becoming the game's first million dollar man, to endorsements with Red Bull, to videos with Dude Perfect (they're dorks but they're also dorks with 56.7M YouTube subscribers), to interviews on Pardon My Take (they're dorks but they're dorks who also make $750K per episode after taxes), to then starting your own league with the goal to provide the best lacrosse on the planet to the fans while providing a legitimate career path for future pro lacrosse players. Gary Gait was a legend. John Grant Jr. put up an insane amount of points. Mikey Powell was a lacrosse cultural icon. But nobody has taken the game on a longer journey than where it was when they first found it to where it is today than Paul Rabil has. All while still playing. At a pretty high level, too.

But now that playing career has come to an end, like all things do at one point. And all things considered, this was likely the best way for it to go.

Rabil has an unbelievable season in which he got to play one final year with the same team that he started his professional career with. There were also a few moments on the field this summer that…well…weren't so great. And it was becoming abundantly clear that being a founder of the league as well as a player whose emotions can run high sometimes doesn't exactly go hand-in-hand with each other. At some point you'd have to choose between being one or the other, and now is the perfect time for Paul Rabil to focus solely on growing the league instead of winning it.

For the longest time, the sport needed a presence as large as Paul Rabil's to keep the momentum going. But that's not the case anymore. Because the league has done a great job as growing and developing stars. The league has done a great job at growing and developing an audience. More people know the names of more lacrosse players today than ever before. There may not be another "household" name just yet, but they're on their way.

So congratulations to Paul Rabil on what was a beyond legendary career. It's the end of an era, but one which will have significant impacts on multiple eras still to come. And now one last time for old times' sake, cue the Breaking Benjamin.