The big story in the sports world yesterday was USC firing Clay Helton. I guess?

To be honest, it bubbled up on the timeline for a little as everyone made the same Urban Meyer jokes before simmering down. As an admittedly very casual college football fan that's lived his whole life in New York where professional sports and even college hoops have a tighter grip on most of the locals that didn't go to a football school due to the lack of a true power program, I couldn't have even named the head coach of USC in 100 tries. I remember crazy shit happening with Lane Kiffin and Steve Sarkisian, but that's about it.

Which is a damn shame because of what USC football used to mean to this country by giving us such gifts as Reggie Bush, the 2006 Rose Bowl, and this hat that every bad boy teenager in the 90s had along with a South Carolina COCKS hat.

That is why America needs USC to nail the hiring of their next head coach so they can matter again and what better way to do that than by hiring the last head coach of America's Team?

Say what you want about the Cowboys, but they still move the needle in this country even though they haven't had a new Super Bowl championship video since the DVD was invented. Anybody that knows anything about college football is that a massive part of success is recruiting. You throw someone with the success of Nick Saban or the silver tongue of Dabo Swinney in a five star recruits house, they are likely walking away with at least a verbal commitment. But for the other 99% of coaches are all making their same empty promises with their same weak ass resumes.

However, having a guy that can put his two Super Bowl rings on the table (as a backup, but whatever) that presided over the number 1 offense his last year as head coach (that continued to cook after he left, but whatever) and had less than 8 wins in a full season only ONCE in his career, which pretty much ensures you a decent bowl game at worse, and even had 13 wins which was as many as USC had in their 2004 National Championship season (the NFL plays more games, but whatever). When you think about it, it's actually unfair to put a coach with those stats at a college with the prestige, weather, and tremendous atmosphere that the USC student body is famous for.

I know what you are thinking in the meme world we are living in. Jason Garrett isn't as much a football coach as he is The Clapper, a positive reinforcement machine that will smack his hands together whether his team is up 20 or down 20.

Before you throw your stones, do you know the last time USC had a peppy coach that always kept things super positive?

How did that guy do again? 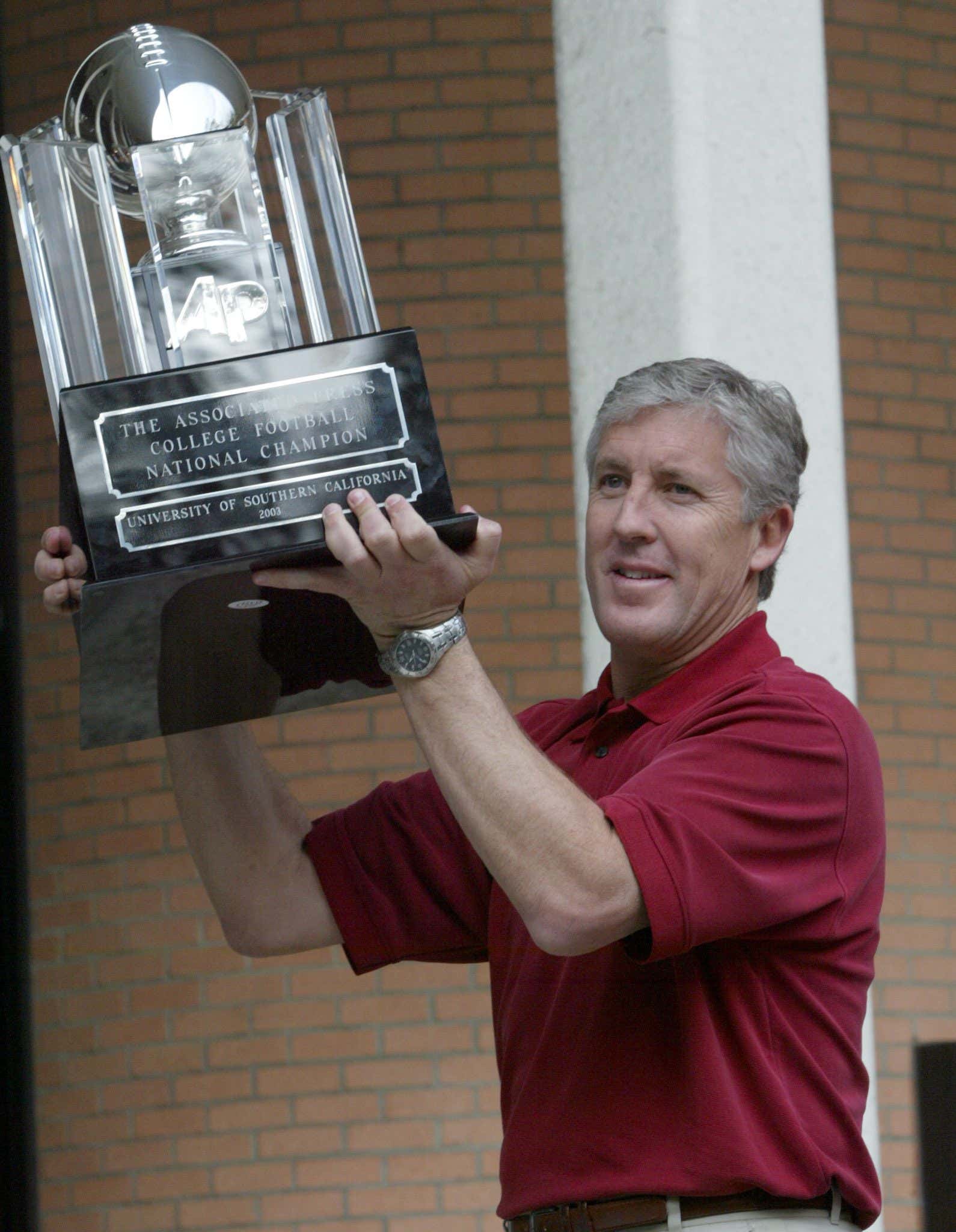 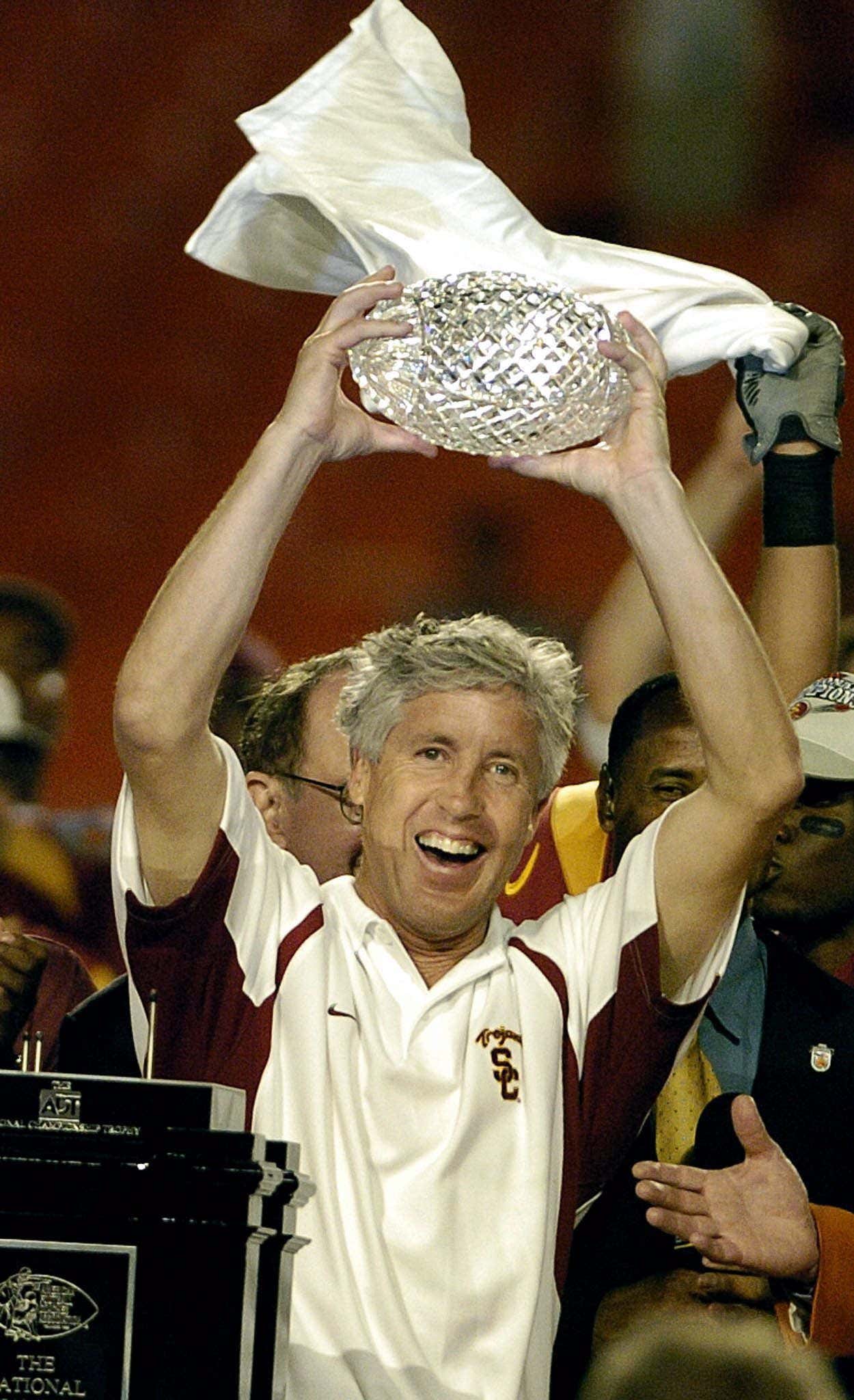 Finally, this point doesn't make a ton of sense, but Jason Garrett's hair is pretty much the exact color you would get if you mixed USC's red and yellow together. I can't prove this but if you put that lettuce in a visor that the California sun can shine on every Saturday, I promise you the magic will return to The Coliseum before you know it.

Don't worry about my beloved Giants having to find a new offensive coordinator in the beginning of the season either, USC fans. This quiet New Yorker realizes that the happiness of millions of people on the other side of America is much more important for this country. Coach Judge will figure everything out on our end for the offensive coordinator role if it means USC will become a college football powerhouse once again.