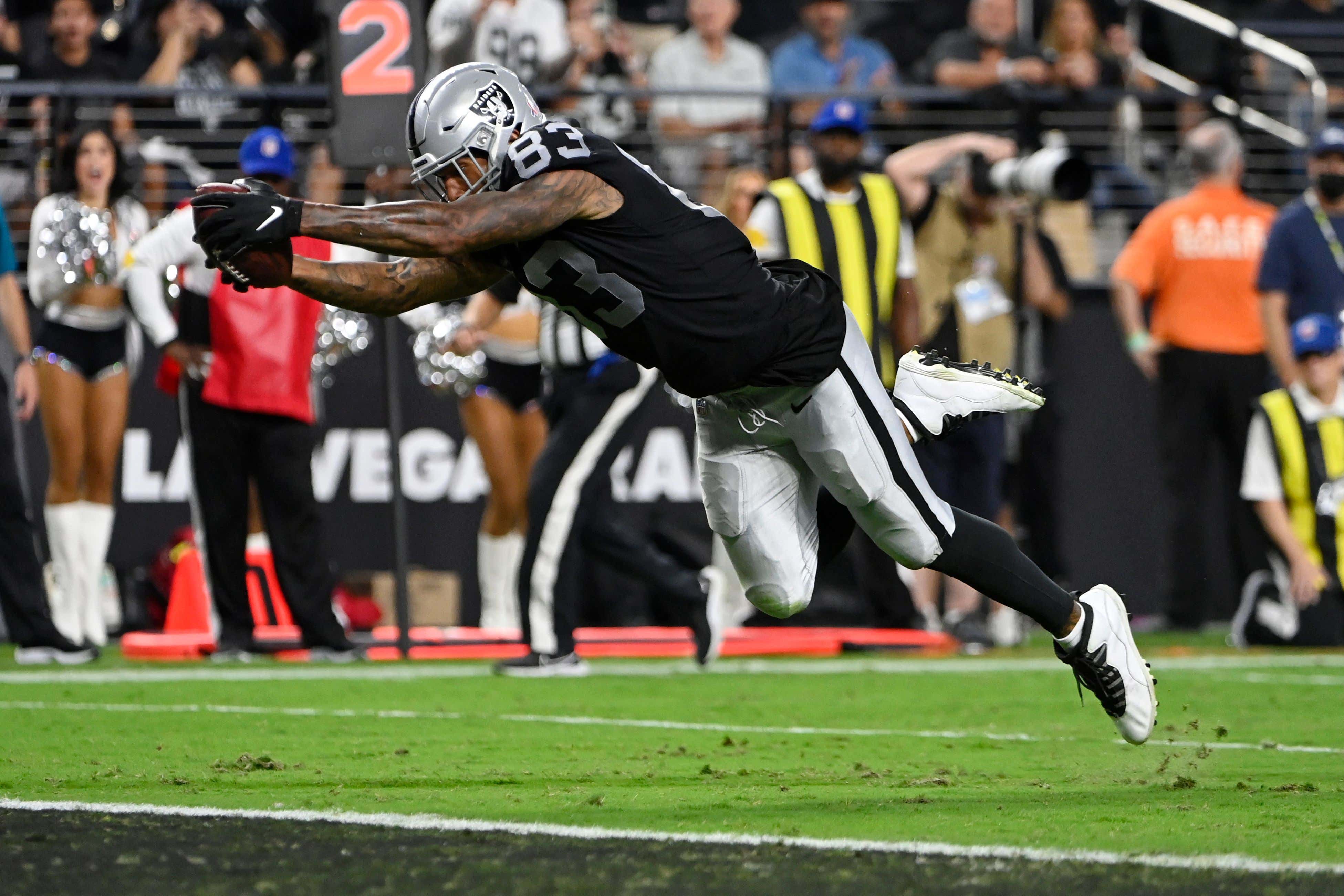 During the first quarter of last night's game, I tweeted this.

Derek Carr proceeded to throw for 435 yards 2 TDS and pull off one of the spectacular football games I have seen. I take back when I said last Thursday night's game between the Buccaneers and Cowboys was like Madden playing on Arcade mode because this game had the craziest sequences of events.

The game started out looking like the Raiders were dogshit, Lamar Jackson and the multi-faceted rushing attack was going to completely run it up on the Raiders. Their first 2 scores made the Raiders look absolutely stupid.

To add insult to injury after much of the internet was talking a lot of shit about Derek Carr's throws Lamar Jackson throws this dime.

When I tweeted "wtf is up with Carr I didn't mean he sucked", I meant he was playing to how good I thought he was (I am trying to separate myself from the absolute naysayers). I think much of the early game struggle had to do with his lack of preseason reps because from this touchdown to the end of overtime Carr balls the fuck out.

He starts to have huge connections to Waller that were missing early in the game.

which finally opens up the run game for them to start putting points on the board.

But lemme tell you who finally shows up to get it really going. Maxx Crosby, Yannick Ngakue and the boys start making huge stops and coming with serious intensity.

The Raiders defense was playing like the Raiders of the 70s

It starts to get pretty interesting in the 4th after this turnover and we got a tie-ball game.

But then Carr starts slinging it like a goddamn Cowboy in Vegas with nothing to lose and gets the Raiders in the RedZone.

Waller gets the score and we once again are tied with 3:44 to go.

But it's far from over and Lamar Jackson is making up for lost time and getting the Ravens in field goal position with just enough time left to make it look like they have wrapped up the game.

This is where it starts to get wild:

AND ORDER ANOTHER ROUND FOLKS WE GOT OT BABY

And just when the Raiders thought they would be stopped…

They win the game…. the first time…

See he was a tad short… and then just when we thought it was just going to be a quick run-in as a formality?

Ravens ball. The wind rushed out of that stadium and everyone was totally dumbfounded by the series of events. But remember those psychopaths on the Raider's defense from earlier? Yeah, they came in to clean up the mess.

Crosby, Nassib, and Ngakue put on the pressure in the crucial moment allowing the Raiders to get into position for the game-winning PAT attempt!

Nope, that didn't actually happen. Jon Gruden put the field goal unit on the field then he said "Nah that's a way too lame way to end this crapshoot lets get it crazier". Carr drops back throws it off his back foot and calls GAME.

That finish was so wild you probably forgot about these other moments the internet was preoccupied with before it got interesting.

Mariota had a huge run but got totally concussed.

Peyton Manning and Eli were also doing weird shit. The insight was great but the antics were a small distraction.

A fire alarm went off.

Also, Peyton Manning wants to talk to PFT regarding some of his tweets.

Lamar Jackson is still really good but Maxx Crosby is a beast with a super high motor.

Derek Carr made plays once he got in a rhythm.

The Raiders defense made serious stops.

Someone should check on Marcus Mariota and put Ricard on a scale I don't believe he is actually 311lbs.