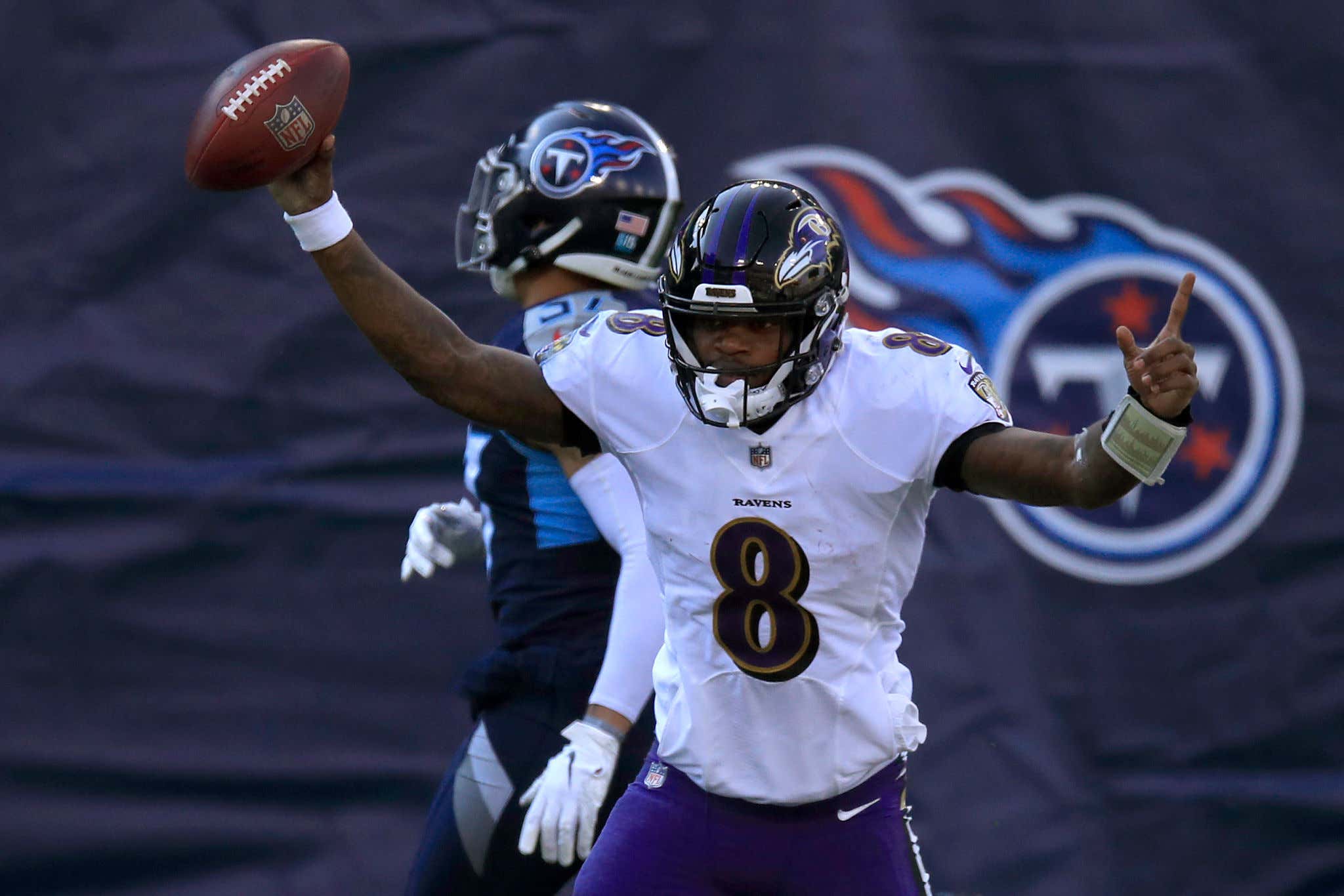 We've heard the talk all offseason. When it comes to the AFC, it's all about Josh Allen and the Bills. The Cleveland Browns won another offseason. Can anybody knock Patrick Mahomes off the top of the mountain?

Most of that talk is warranted. That's fine. But you're not hearing anything about the Ravens besides "is this the year the league figures out Lamar Jackson?". The disrespect is remarkable, really. Nobody has won more games since the guy has become a starter. 2.5 years, 37 starts, and he's won 30 of em. He's got an MVP under his belt and he's only 24 years old. That's all the makings of a media darling.

Yet all anybody wants to do in the national media is look for reasons why he and the Ravens won't be successful. Yes, his play in 2020 was a step down from his MVP season, but by no means was the man stopped by any means. The playoff failures are what they are, but the sample size is still small and completely devoid of context. The 2019 Titans loss was damn near everyone's fault but Lamar's. Guy put up over 500 yards offense alone. The Bills loss was a rock fight in 30 mph winds where Josh Allen struggled mightily to move the football as well. Hollywood Brown dropped a key pass just before Lamar's fatal pick 6, FG gawd Justin Tucker had not one but TWO doinks from deep, and Lamar was knocked out with a concussion behind an offensive line that could neither snap him a clean ball nor keep anyone in front of them. Games like that happen (the one in NE last year comes to mind too) where it's just not your night. That's happened to Lamar twice on the big stage now, but all of that context is left out when the "experts" on the "worldwide leader" talk about who matters in the AFC.

The Ravens matter in the AFC. As far as I'm concerned, they're still the best team in the AFC North. They blew the division apart in 2019 and there's no doubt in my mind they win the Thanksgiving game against that fraud Pittsburgh team last year if COVID doesn't tear the roster to pieces. That's where the division was lost, no question. The Ravens earned the penalty they received and they paid the price. But by no means should anyone's perception of what they're capable of be changed by how that season shook out.

The 2021 Ravens will resemble the 2019 Ravens far more than the 2020 version. That 2019 team may have fallen flat on its face in January, but they had a real opportunity to be one of the best teams to ever play this game. Only 5 teams have ever had a better point differential than that one. They dominated in ways that few teams ever have. Time of possession, points per drive, total rushing yards… that was the formula. It all starts and ends with what Lamar brings to the table. I don't care if it's JK Dobbins or Ty'Son Williams or the ghost of Jamal Lewis, this team is going to run the football down team's throats on a weekly basis. Weapons have been added to the offense. Lamar is throwing a tighter and more accurate ball than ever. It's all the Carolina coaches could talk about at those joint practices. This offense is gonna hum.

The defense should be near the top of the league too. Losing Marcus Peters hurts more than all of the running back injuries combined, but there's ton of CB depth behind Marlo, a young emerging Patrick Queen in the middle of the defense, and some serious beef up front. Justin Madubuike is a name you better get used to hearing. There might not be a better and more impactful DC than Wink Martindale either. Doesn't matter who you give him, the guy is going to create pressure.

So many of the important pieces are there that were there in 2019. Lamar Jackson being #1. Many of the others are more experienced, just hitting the prime of their careers. And yes, those other teams I mentioned earlier have gotten better. I never said they didn't deserve headlines. It's just foolish to count the Ravens out of that group. They've got the talent, they've got the coaching, they've got the culture, yet nobody believes in them.

Which is exactly where Baltimore thrives. The 2000 Ravens were respected defensively going into that year, but nobody was picking them to win anything. The 2012 Ravens were dead and buried in late November of that year. Both teams took it all. Maybe this team has enough to do the same, maybe it doesn't. I feel pretty good about our chances, and it's bananaland that nobody but myself and some guys in Vegas feel the same.