"Bro... straight up maggots in the ketchup." (maniacal laughter)

That's the spirit! (Also, did his friend sound like Marty Mush or what??)

Whether he should have put ketchup on his hotdog aside, I reached out to the unfortunate recipient @s3anreed on Instagram, who was kind enough to answer a few questions:

When you noticed the maggots did you send the hotdog back? / Did they say anything?

I did send it back to the manager. They weren't much help and just took the hotdog and gave me a new one. I was waiting for about 10 minutes just to hear from the manager.

Stupid question but was the ketchup from one of those big dispenser things?

The ketchup was from one of those big dispensers. 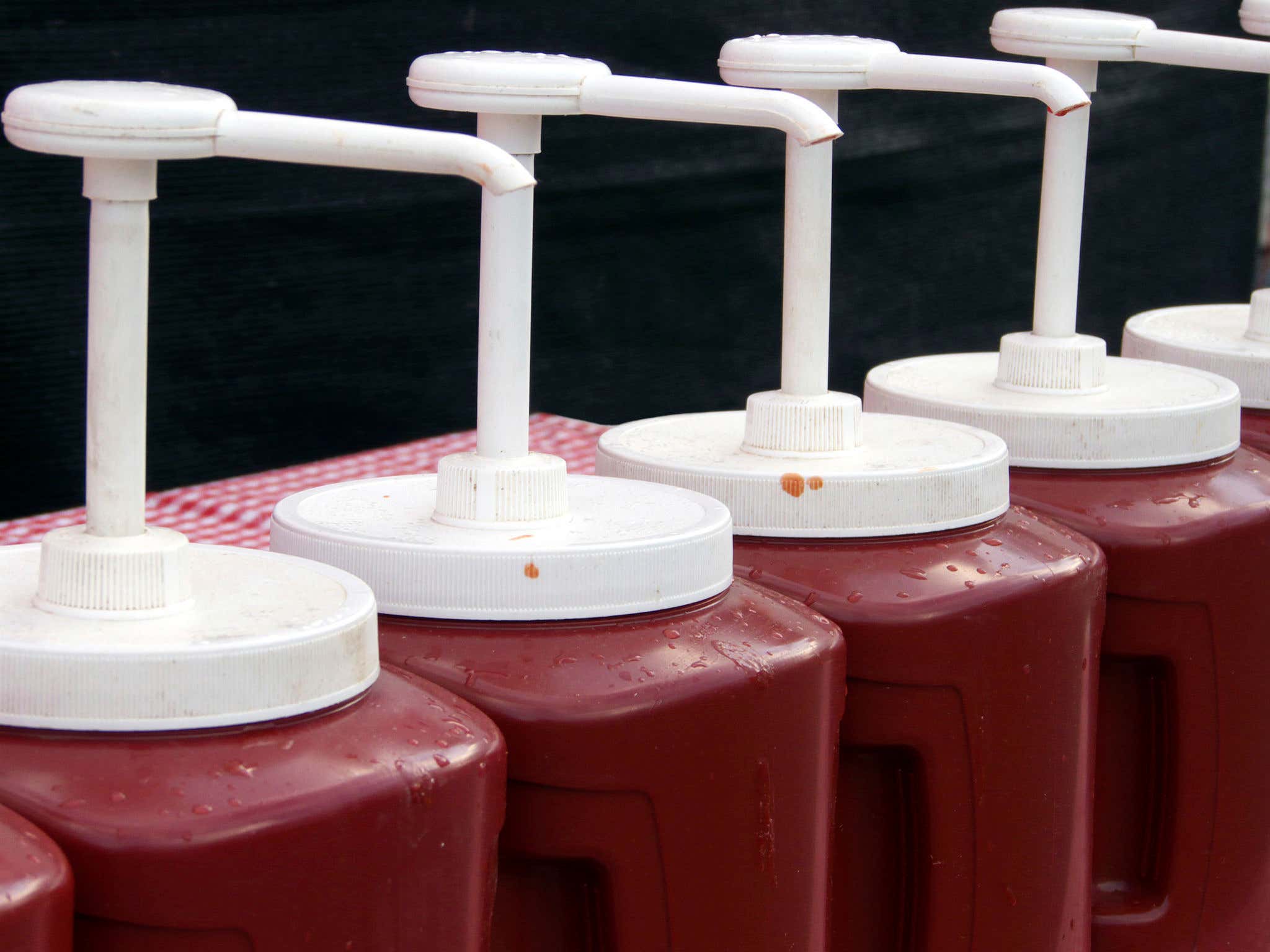 Was anyone else around you freaking out/having the same issue?

I didn't notice anyone freaking out but I'm sure other people had the same issue.

Any other thoughts on the whole situation?

It's really unfortunate that it happened, I'm sure it was a mistake, I hope they figure out how to prevent this for the future.

I like to think he was so understanding and calm about this because he was still so jazzed about the good seats; I don't think most people would have been as chill. Let this at least be a heads up to Jets fans who will be there this coming Sunday against the Patriots. These Giants fans really took one for the team/s' stadium. I shudder to think if tailgate-blackout-Kate had been in this situation - there's no way I would have noticed until it was too late. Then it would be projectile vomit city.

As for the food service management company, Delaware North runs concessions there and I did not reach out to them for comment because I'm simply too awkward of a human being to do so. Flies lay their eggs (each female can lay up to 130 at a time) and within a day they can become larva wiggling around so perhaps it was just a fluke where a prego bug found a little remnant of old ketchup in the tube. But I will say as someone who did a stint in concessions, I've often told friends & family - do not trust the condiment dispensers, for the love of all that is holy. Bring your own lil packets if you can.

Sincere Ts&Ps to any other Giants fans who got a maggot dog there on Sunday. I feel for you, truly I do.

Also - in case you want to ruin your dinner - here's some other cases where that's happened! ---