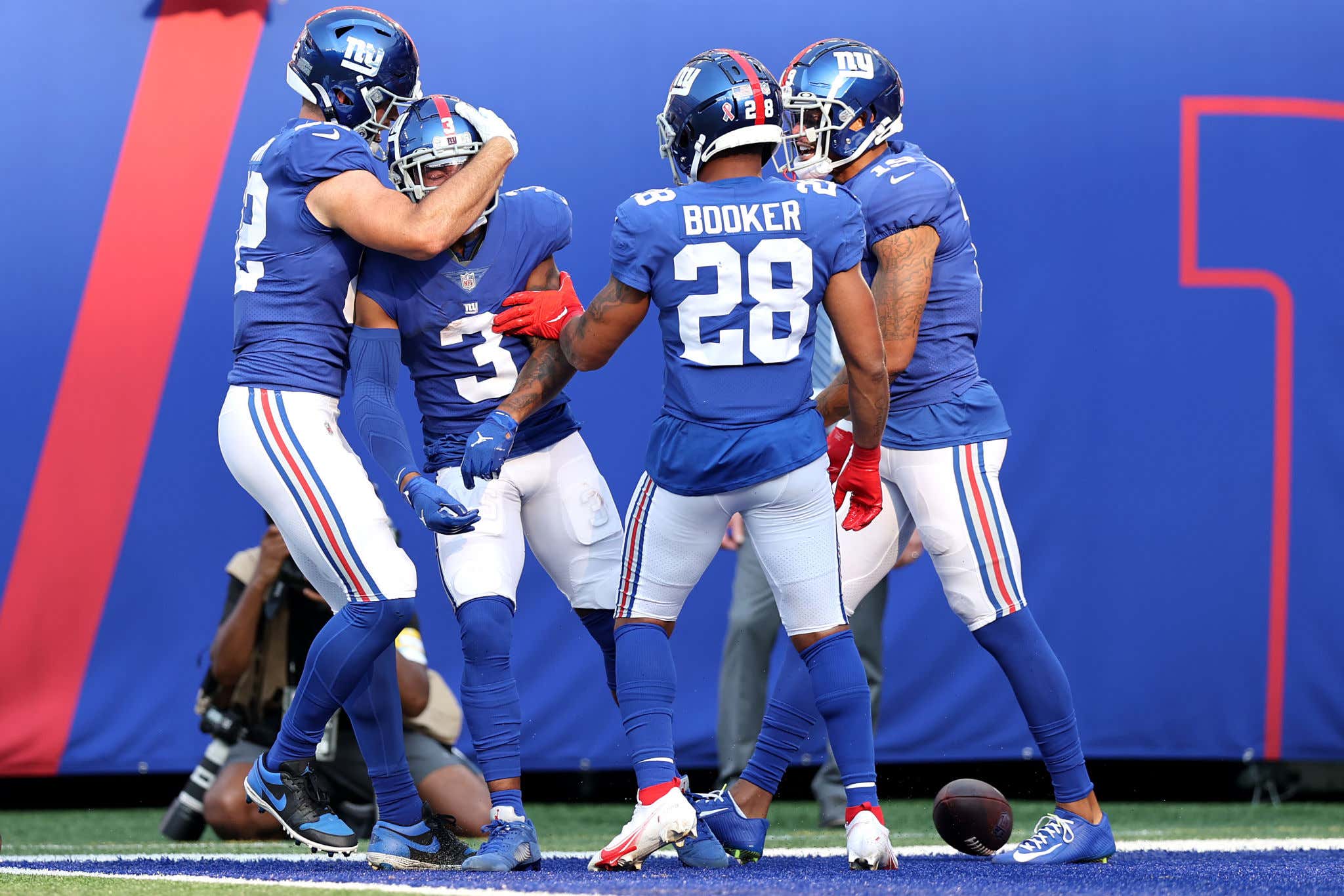 Look, I am not going to try to slap some sugar on the turd sandwich we were fed yesterday. Starting the season 0-1 for the 10th time in 11 years hurt a little extra since this is the first time in the last few years I actually had some expectations heading into the season. Not only did the Giants lose, but they got outplayed, outcoached, and outownered to the point I demanded everyone run laps.

However I know my dumb brain is going to forget the pain of yesterday and convince myself it wasn't so bad like women probably do with childbirth, so I might as well give myself some fuel for Thursday's game in Washington so here goes nothing!

1. Sterling Shepard Was Spry As Fuck

We finally got an answer of how Shep would perform going from number 87 to 3. Losing that extra digit made Shepard go from nimble to outright devastatingly quick and faster than light. I worry about Shep's health enough considering he's spent half his career in the blue tent and I do think that having a smaller number makes you more susceptible to taking a big hit if the defense can actually land a clean hit on you. But the Giants best offensive player in last season's Week 17 Must Win game against the Cowboys showed up as the Alpha once again.

I also loved Shep's answer to this question since he is the somehow longest tenured Giant and has lived through all the BS we have since that infamous boat picture sunk this franchise.

2. Kenny Golladay Looked Good When The Fucking Football Was Actually Thrown To Him

As you can tell, most of those catches came after the game was for all intents and purposes decided. But I'm not going to complain about Golladay making the acrobatic contested catches he was brought here for, especially in Daniel Jones is going to keep throwing it to his first read no matter how many guys are on him. I'm not sure why the biggest acquisition of the offseason was barely a factor until the game was pretty much over, but I'll just say fuck Jason Garrett and move on.

That was the only time Danny threw said deep ball, but hey at least it still works. Once again, it would be nice if the Giants offensive coordinator who likes getting his first downs 10 yards at a time occasionally took a few shots down the field despite clearly not trusting his offensive line, which was never more evident than after that Logan Ryan fumble recovery.

As usual, Daniel had some good plays and bad plays. But until he can fix the biggest issues that have existed since Day 1 (I'm not sure if you heard but he is known to fumble from time to time), there is just no way to believe he will be able to take the next step as a QB. And that's coming from the guy who's been driving the Danwagon from Day 1.

Andrew Thomas may not have faced Bradley Chubb because of an injury and Von Miller may have eaten Nate Solder's lunch on the other end of the line. But any W our left tackle can get us right now is huge, especially with the Washington game coming up.

5 And Maybe Most Importantly. The Giants Have The Bears 1st Round Pick 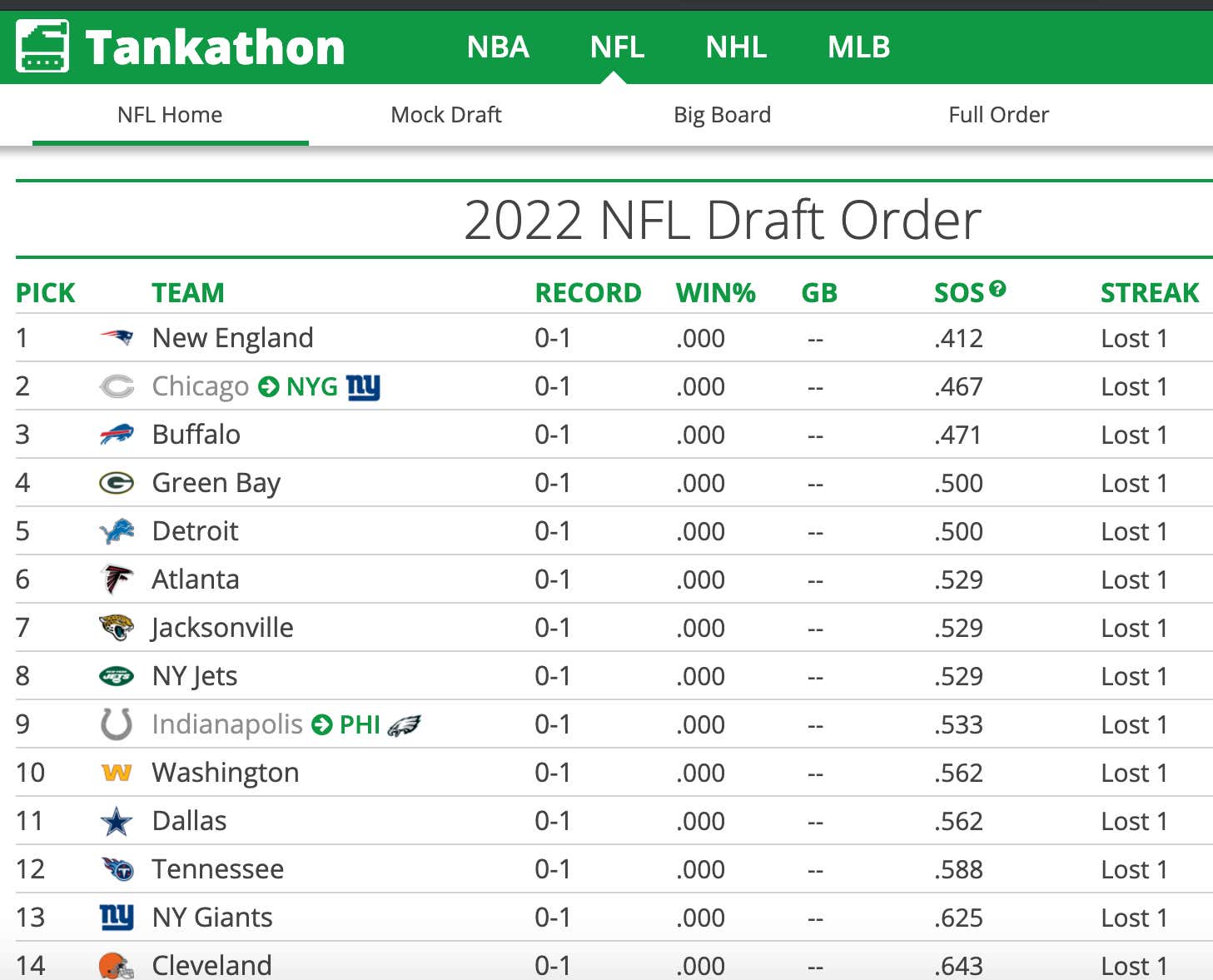 OK, it's still wayyyyyy too early to look at draft boards, even if that's what Giants fans have been doing in October for the last few years since the season has essentially been over by then. But being able to cash in on the misery of someone else in the draft instead of just cashing in on your own awful season is a nice change of pace.

If this blog gave even one Giants fan 1% more hope for the rest of the season or at least Thursday night's game, I'll consider it a win. However, if the Giants stink it up again in Washington against a backup QB, I don't know if I'll be able to muster the energy necessary to spinzone shit like this again (JK, I definitely will because I have a broken brain. God dammit we need to turn this shit around sooner rather than later).