There's something charming about a fight that takes place south of Mason-Dixon. They always feel so old timey. Like these guys don't actually hate each other, right? They were just hopped up on Bud Heavies and testosterone. Someone looked at someone wrong so they threw a couple half assed (but fast) punches to look tough in front of their buddies. That's why I called it a Kerfuffle instead of a fight- because it was more of a commotion than anything else. The only time it got scary was when the psycho in the blue body slammed the kid who was literally running away... 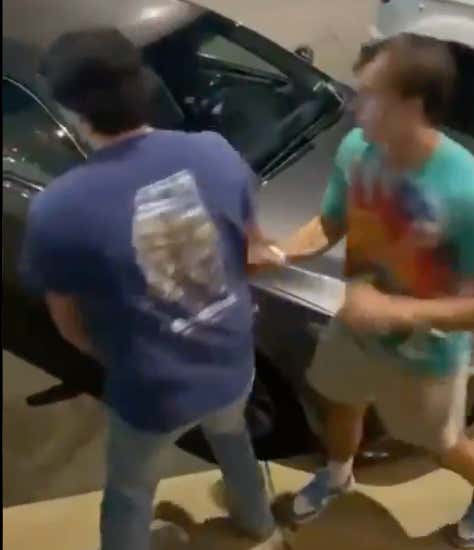 Regardless, I'm sure there were no hard feelings the next morning. They were probably all just pumped to have a good story. Fingers crossed no one got hurt during the fight and if they did, thoughts and prayers. Here's to a speedy recovery.