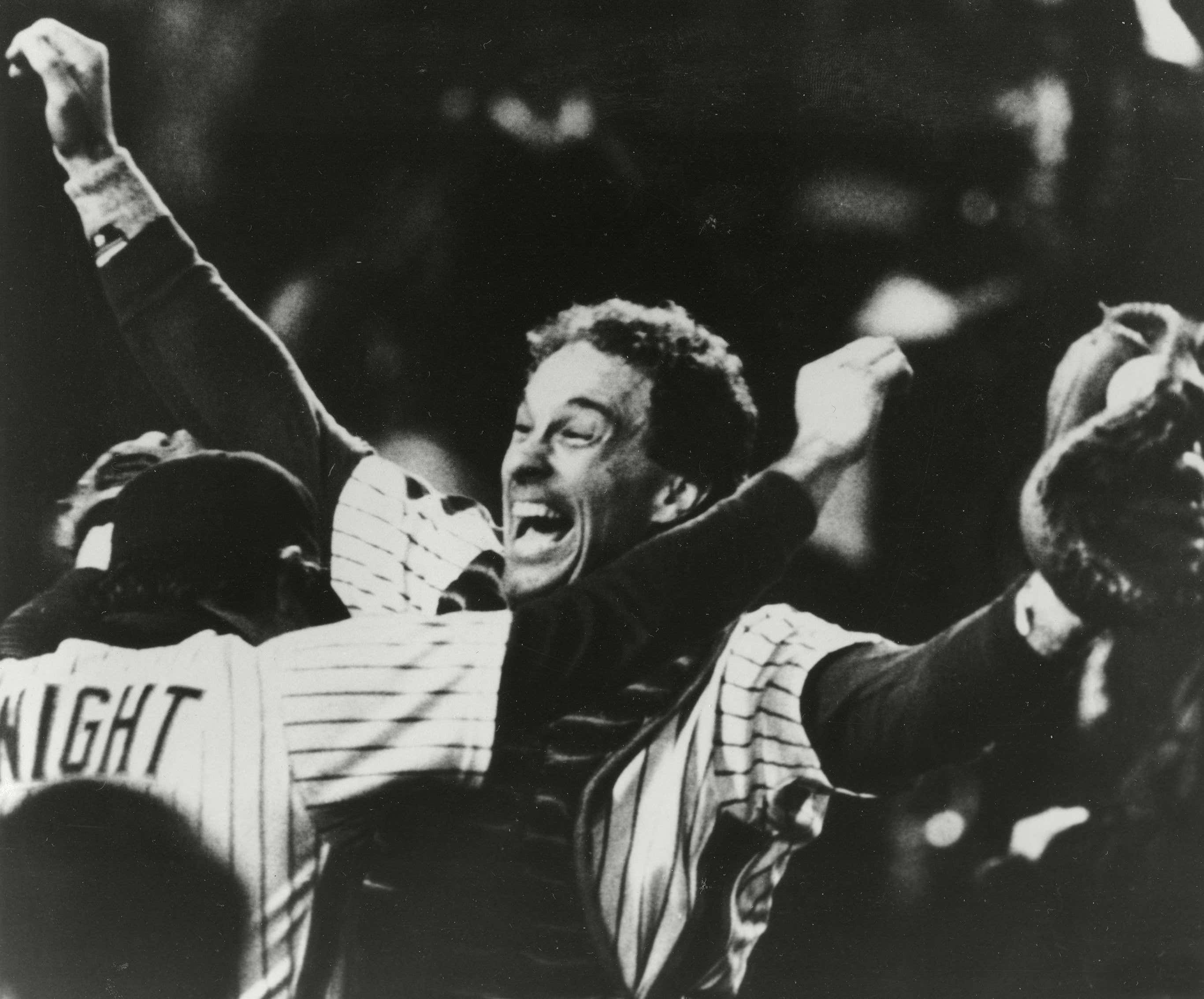 Tonight debuts "Once Upon A Time In Queens", a four part documentary on the 1986 Mets. I'll leave KFC, Clem , and Frank to make an official review on the film. I rather tell a quick story on why The 86 Mets always bring me fond memories.

I will be perfectly honest , I wasn't alive in 1986. I was born a year later and am still suffering to watch that elusive World Series title. Timo Perez in 2000, Molina in 2006, the meltdowns in 07 and 08, Kansas City Death by Contact Royals in 2015, Conor Gillaspie in The Wild Card game in 2016 and the list goes on. Although having grown up around my dad and uncles, that 86 team took on a folklore. The VHS championship tape would be put on to put us to bed, the stories were always told, and years later I read "The Bad Guys Won" by Jeff Pearlman about that season. It always felt like the 86 title was my first ever as a fan, just because of how much it meant to my family.

While the book was great, and I enjoyed the video- that only does so much. The major detail I should probably include at this point is my dad attended a ton of games in 84, 85, and 86. He was at most of that playoff run , and had tickets to Game 6.

He was newly married and naturally asked my mother to the game. As the story goes, she wasn't feeling good and passed up the ticket. As we would later find out, that sickness was a result of the early stages of pregnancy she had yet to find out about. 8 Months later I was born.With her ticket up for grabs, she advised my dad to ask her father (my grandfather) - the biggest Mets fan she knew. Even when he kept urging her to take it, she said "No Dad, you take the ticket".  My grandfather had been to a ton of games in those years prior, but a ticket to Game 6 was something even he couldn't expect to be offered.

Side side tangent. In 1969, my grandmother went into labor in the first inning of a game 5 of The World Series. Most people would call immediately for a cab, or demand to go to the hospital. She didn't say a word and waited until the game was over. When asked why, " The Mets were about to clinch and I didn't want to bother anyone." After the game, they took the ride to the hospital and my uncle was born. So you can say my grandmother, in addition to everyone else, knew just how much the Mets meant to my grandfather.-

So they drove out to Shea, arguing over who would pay for the tolls, which way was faster, who was going to get a big hit etc.  The rest as they say is history. Two outs in the bottom of the 10th, single by Gary Carter, single by Kevin Mitchell, single by Ray Knight, pass ball to Mookie Wilson, chopper by Mookie, "the ball gets by Buckner, the ball gets by Buckner." Mets win, force game 7, and win that to claim the World Series.

My grandfather died New Year's Day of 1988.Game 6 was one of the last games he got to see. The ticket my mom gave him turned out to be that much more important. I was 6 months old , and never got a chance to experience any lasting memories with him, but every time The 86 Mets come up, I get to hear that story about my grandfather, among many others. I'm always grateful to hear those, and how happy my parents are telling them.

A lot of people ask why sports matter so much, and it think it's important not to focus on the wins and losses, but that sports serves as a benchmark in our lives to who we watched them with, where we were, and the memories with those people. Enjoy every game you can with the people you love.