The Dallas Cowboys lose their season opener for the first time in 17 years, as they are beaten by the Pittsburgh Steelers 36-28 at Texas Stadium on Monday Night Football. In a game as good as their two Super Bowl matchups, the lead changed hands four times before the Steelers pulled away in the fourth quarter. Terry Bradshaw passed 246 yards with three touchdowns. Danny White lost his first career start at home, had four touchdowns, and passed for 347 yards.

The Dallas Cowboys came in the 1982 season, having lost their second straight NFC Championship Game; this one was a heartbreaker as Dwight Clark made the catch in the final minute. The Pittsburgh Steelers, who had won four Super Bowls in six years, were hoping to get back to the playoffs after missing the postseason in 1980 and 1981. Two of the Steelers championships came at the hands of the Cowboys in thrilling Super Bowl X and Super Bowl XIII. This was the first meeting of the two NFL 1970s powerhouses since 1979.

Led by Chuck Noll, the Steelers began to experience loss as Mean Joe Greene had retired, and the players that made up the dynasty were in the twilight of their careers. Terry Bradshaw was the main holdover as the team celebrated its 50th anniversary. The Dallas Cowboys had not lost a season opener since 1964, as Danny White had seamlessly replaced Roger Staubach and kept the Cowboys among the best teams in the NFC for coach Tom Landry. 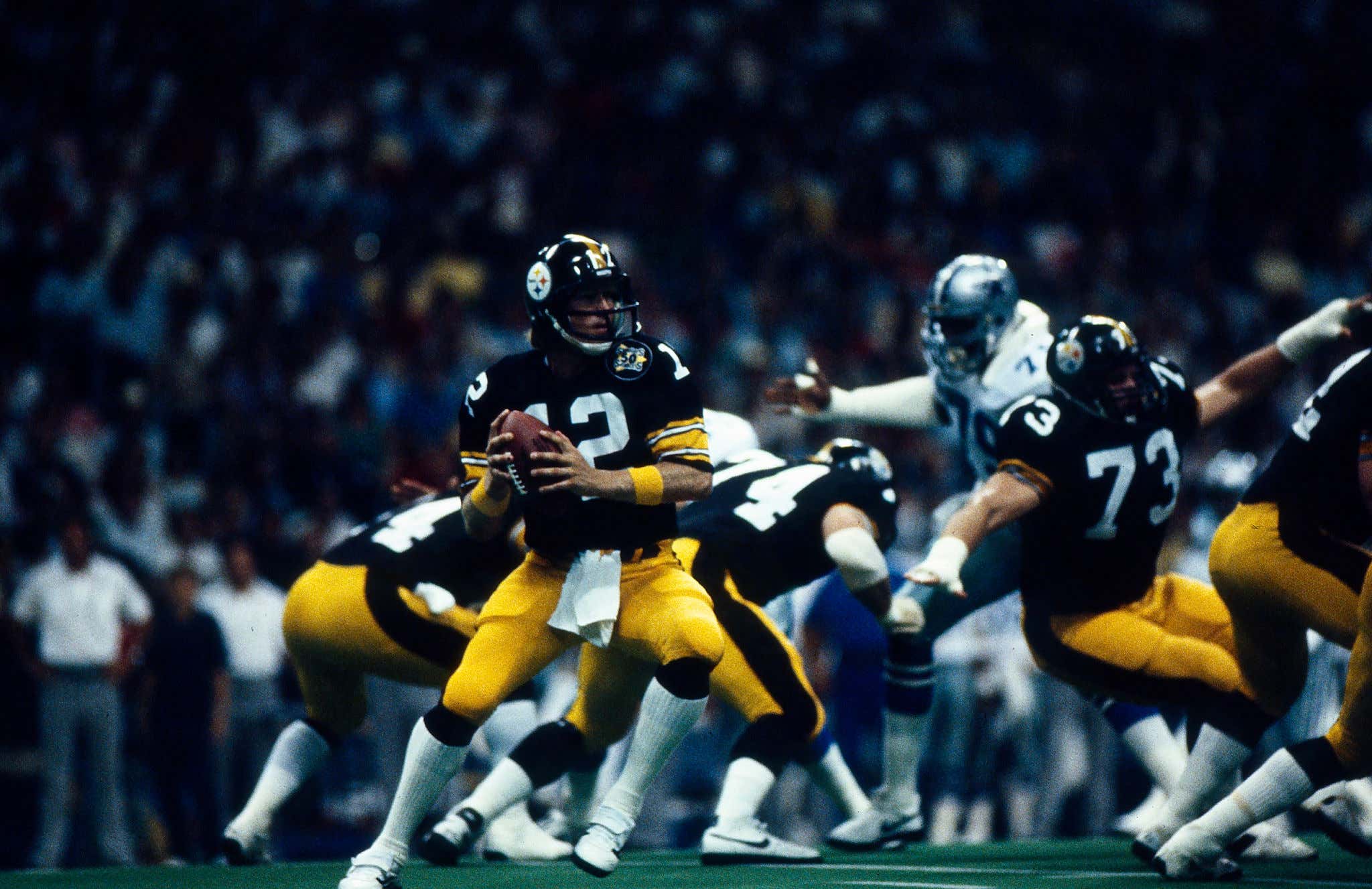 The Steelers opened the scoring with an 80-yard touchdown drive as John Stallworth caught an eight-yard touchdown pass. However, Gary Anderson missed the PAT. Dallas answered as Danny White hit Drew Pearson on a four-yard scoring play to build a 7-6 lead. Bradshaw again drove Pittsburgh down the field connecting with Jim Smith on a seven-yard pass to give the Steelers a 13-7 lead early in the second quarter. The Cowboys took advantage of a turnover and held a 14-13 lead at the half, with Doug Cosbie catching a 13-yard pass.

The Cowboys got the ball first after the half but were stopped by the Steelers' defense. Danny White, who also served as the Dallas punter, made a critical mistake when he thought about a fake, as Keith Willis blocked his punt. This set up a one-yard run by Frank Pollard, who bulldozed his way into the end zone. The Steelers scored 17 unanswered points in the third quarter, as White was picked off twice, with Bradshaw hitting Jim Smith for the second time on a 15-yard touchdown.

Gary Anderson had a pair of field goals, as the Steelers extended the lead to 33-14 in the fourth quarter. Dallas would not go down without a fight as Tony Hill caught a 45-yard pass from Danny White. After getting a stop on defense, the Cowboys cut the deficit to 33-28 as Bill Joe Dupree caught a five-yard touchdown pass. However, the Steelers iced the game with a 40-yard field goal by Gary Anderson.

Terry Bradshaw completed 17 of 28 passes for 246 yards with three touchdowns, while John Stallworth had 137 yards on seven receptions, and Franco Harris rushed for 103 yards. A strike interrupted the season, as the Steelers posted a record of 6-3 and were bounced in the first round of the playoffs. The Cowboys also finished 6-3 and lost in the NFC Championship Game for the third straight season.