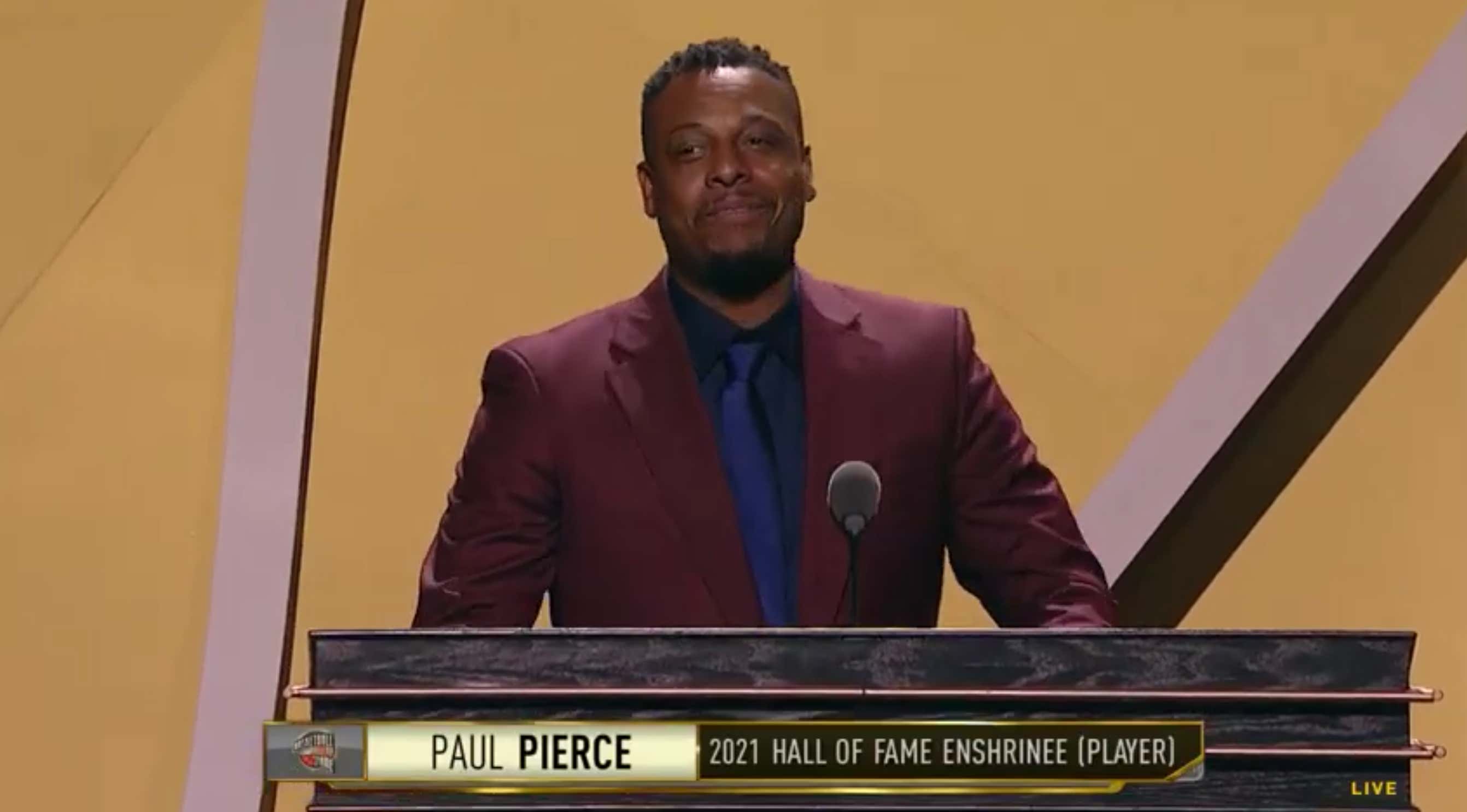 Watching Paul Pierce get enshrined into the Hall Of Fame was a surreal experience. To be honest, I didn't know how I would feel once the moment arrived. You could say I had been waiting for this moment all day, but really I've been waiting for it my entire life. You see, for my generation, Paul Pierce is the most important Celtic of my life. He's my Larry Bird. Growing up I was fortunate to hear the stories about the legends of Celtics past from my Dad. They seemed like Gods. Bill Russell, Bob Cousy, Tommy, Sam Jones, Havliceck, Bird, Parish, McHale, Walter McCarty, the list goes on and on. They won at a level I could only dream of experiencing. All my life you hear about these moments had in the Garden that made them heroes to an entire city. For my people my age, we never knew if we would ever experience something like that. A legendary Celtic. Someone that not only brings a title, but one day has his own number retired to the rafters for the rest of eternity. Someone we could look up one day and tell our kids about.

That is what Paul Pierce is for me and so many my age. He's our legendary Celtic. Celtics royalty that came from our era instead of our parents. Finally.

So to see that player give a Hall of Fame speech was unreal. It was like watching a lifetime of fandom all in a few short minutes. You realize that Paul Pierce turned out to not only be one of the best players in Celtics franchise history, he's a Top 50 player all time. A first ballot Hall Of Famer.

In terms of the actual speech, or course he crushed it. He's Paul Pierce. From thanking every single team that passed on him

To talking about how he loved playing for Doc because of one practice where he showed up hung over as shit and Doc let him off the hook. Only Paul Pierce would talk about being too fucked up to practice at his HOF speech. A true legend in every sense of the word.

KG being by his side made the whole thing even better. It's all a bit of a prayer really. It was a prayer that Pierce fell to 10 and was even available to draft. It was a prayer that he turned out to be one of the best Celtics of all time, and it was a prayer that KG came down from the heavens and helped Pierce win his first and only ring. The only championship I've seen the Celticw win with my own eyes in my entire 34 years on this planet. So much of that is pure luck, but man am I glad it happened.

There will never be another Paul Pierce. An NBA legend, a Celtics legend, a First Ballot Hall Of Famer, and most importantly