You know a video hits all the right and wrong spots when I bring it back to the Zo gif, but that video deserves an ESPY, a Takie, or whatever award an internet sports video gets for being dead on balls accurate (it's an industry term).

As someone who lives in the digital hellscape known as #MetsTwitter, being a Giants fan was once my oasis for rational sports takes. However, a half decade of dogshit football has caused #GiantsTwitter to lose their minds to the point every Giants fan is one of those two characters, sometimes at different points of the season or even the day.

I am definitely on the light side of the Giants force since being a Mets and Knicks fan always reminds me things can be much worse than what's come out of East Rutherford and because I would have to quit my job here at Barstool if I just let the wins and losses decide how I felt about the team which then translates to how I feel about myself since when the Giants are good I feel good and vice versa.

I hated the idea of even interviewing Pat Shurmur for the head coaching job when he was the Vikings offensive coordinator. I tried to spinzone his hiring to save my sanity by saying that a former Browns coach succeeding in a major market would be very Brownsy before acknowledging the Giants were fucked literally during the announcement of his hiring.

I've been riding The Danwagon since Day 1 just because I wanted to combat the fans booing Daniel Jones since Day 1 because they wanted Dwayne fucking Haskins instead (or Jones at the 17th pick even though I know for a fact thanks to sources and the Time Stone he wouldn't have been there if the Giants drafted Pass Rusher Josh Allen at 6) and have even convinced myself that Dave Gettleman is actually a brilliant football strategist that goes by Gettlefinger who causes chaos with his idiotic quotes and puzzling transactions because chaos is a ladder that the Giants will climb back into the playoffs.

However, there are plenty on the other side of the coin who demand there have to be wins if not a playoff appearance before they will concede things are getting better, which I completely understand as someone who has thought the season has been over in October every year dating back to 2017. Rooting for the Giants is tough enough when dealing with the skells of the other three fanbases and the product on the field. Battling your own fans because they don't think like you has been as exhausting if not more so since both sides are dug in because the Giants are the NFL's version of that stupid dress where everyone sees the same thing differently.

Yet despite all that, we somehow all unite over our 2nd year head coach who went 6-10 his first season. If that's not proof of Coach Judge being the perfect man to lead us out of this shitshow, I don't know what is.

If you aren't hyped for this man to lead our team into battle this season, buy a shirt and run a lap! 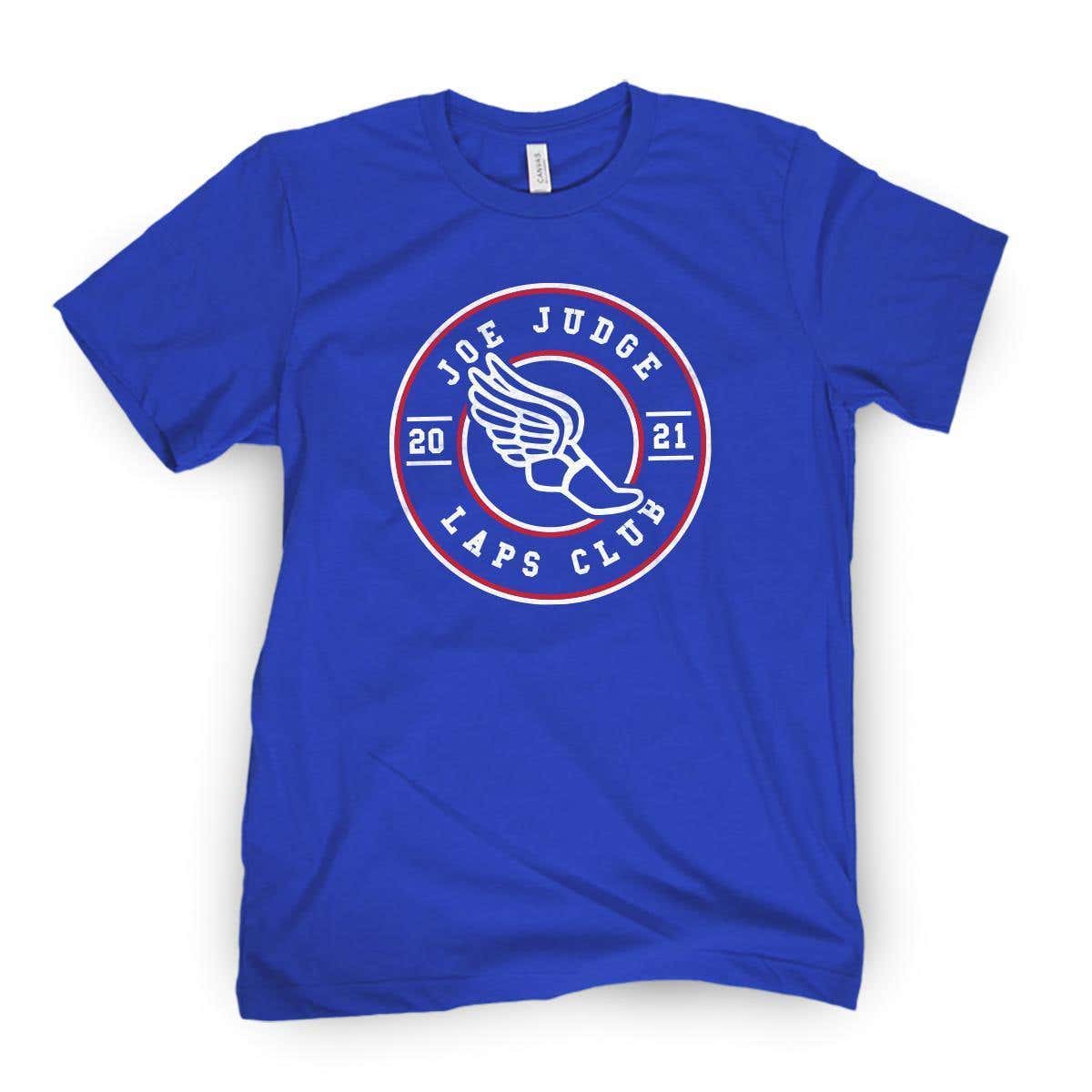 P.S. Maybe I'm reading wayyyyyy too much into this video since I'm not sure if it was done on purpose, but even having the positive fan wearing a Saquon jersey and the negative fan wearing an Eli jersey is the perfect metaphor for the two loudest types of Giants fans. Saquon is a player that the entire fanbase should unanimously love with all their heart because of his talent and personality. But because of his football position, draft position, and the fact Gettlefinger wouldn't shut up about him being a generational talent, Saquon feels like he is somewhere between Andre Brown and Orleans Darkwa in terms of fan approval rating. I feel like the people who ride hardest for Saquon are the ones just happy to have Giants football in their lives, no matter how good or bad it is.

Meanwhile, the other character wearing an Eli jersey is perfect because everyone remembers the absolute best times with him as he beat the greatest sports dynasty any of us will ever see TWICE while either forgetting or being too young to remember that the early parts of his career were bumpy AT BEST while much better teams than anything we have seen here during Saquon's Big Blue tenure dragged Eli to the playoffs. I feel like the Eli crowd is the extra negative crowd (which is admittedly hard to actually say with a straight face considering how shitty the Giants have been since the #BoatBoyz took Miami) for those reasons and more.

Then again, despite the wildly differing viewpoints about this team, there is no denying the Giants fanbase is the way all things should be.

That being said along with my admitted biases, I love love looooooove the Giants Over 7 wins in the Barstool Sportsbook (DOWNLOAD TODAY!) as well as them winning the NFC East at +375, no matter how much the internet washes Dak's balls for last nights game despite him not being able to overcome their pass defense looking like a hot mess once again.

P.P.S. I joined El Jefe and his two cohosts on The Giants Guys last month to talk G-Men, Coach Judge, and expectations for the season. Check it out if you have some more time to kill in the cubes before the weekend, if anybody is even working in cubes anymore.