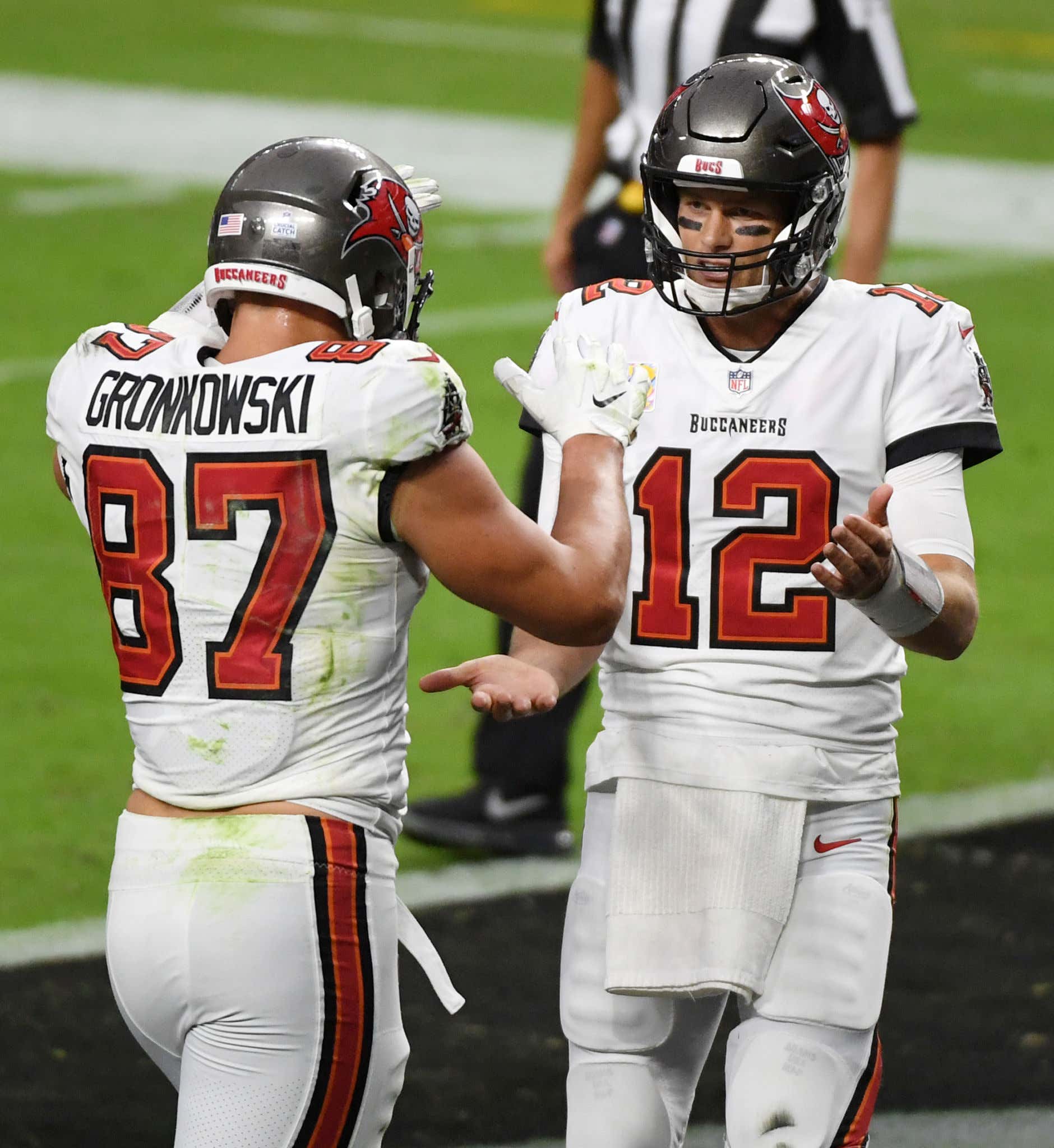 WHAT.A.GAME. It was a seesaw game from the start, but one thing is very clear after tonight - the Brady/Gronk connection is as strong as ever.

While there was a ton of scoring, it was also a very sloppy game. The Bucs overcame four turnovers including this one inside the five yard line that almost cost them the game:

The Cowboys drove the ball down the field and kicked a go-ahead Field Goal, but they left too much time for the GOAT. He drove the Bucs down and found Chris Godwin for a huge play to put the Bucs in Field Goal range to win the game.

Then all that was left was to finish the job - something the World Champs do pretty well. And Kick Ryan Succop brought home the first W of the year.

We're 1-0 now and have a long week to work on some things. Four turnovers is not how you want to start the year. Promising 3rd year Cornerback Sean Murphy-Bunting also suffered a gruesome elbow injury early in the game, WARNING: GRAPHIC

Per Bruce Arians, it looks like a dislocated elbow and he'll be ok.

But a tough start to the year. Happy to escape with a W and be 1-0. The data is still good.