Doucher: "Why do you dress this way? That's a thong and that's a bra. Take young eyes into consideration, they don't need to see pornography."

Girls: "We're not bothering you, please go away."

Doucher: "You're flaunting your stuff" :: hand motions for jugs ::

Doucher: "You look around and you're the only things that stick out..."

Girls: "Close your eyes then, did we ask you to look at us?"

Doucher: "You didn't, but here's the thing - there's free will in America, there's freedom of speech, and if Men of God™ don't stand up then our society's gonna go down the drain because there's no morality."

Doucher: "If you're an atheist that doesn't mean you have to show your body off. You can still put clothes on."

Girl: "I can't with you, so embarrassing."

Doucher: "I'm speaking truth. Your body will never, ever satisfy. The physical will never satisfy. There's a longing in each of your hearts to actually be seen. The reason why you're showing your body is because you're like 'am i pretty enough'.

Doucher: "Next time you come to the beach and there's young eyes, take that into consideration."

You think he's finally going to leave them alone but then a second video continues on where he still won't stop....They ask him about the parts in the bible that say 'don't judge' and '..if you find someone's body distracting gouge your eyes out' (Matthew 5:29-ish) but he can only seem to look at these teens & think about 69:69.

Even worse, a woman in a (albeit super high waisted like my giant Hanes) polka dot bikini comes up and I'm thinking, "Oh good, a normal grownup who will be sane & provide some reenforcement for the girls," but alas, she sucks ass, too, and also wants them to think about little girls being scandalized by their bikinis.

Odds are high that kids on the beach probably thought nothing of it in any way & were just having fun until adults came along & made these teenager's bodies a shameful thing. Just fucking weird when grownups go out of their way to sexualize stuff in the minds of children.

I go to the topless beach in the Rockaways with my own yabbos out (now you know what beach to avoid) & there's kids all over enjoying the waves, not even noticing, who will probably grow up to have way healthier attitudes towards human bodies than this guy's poor kid/s. 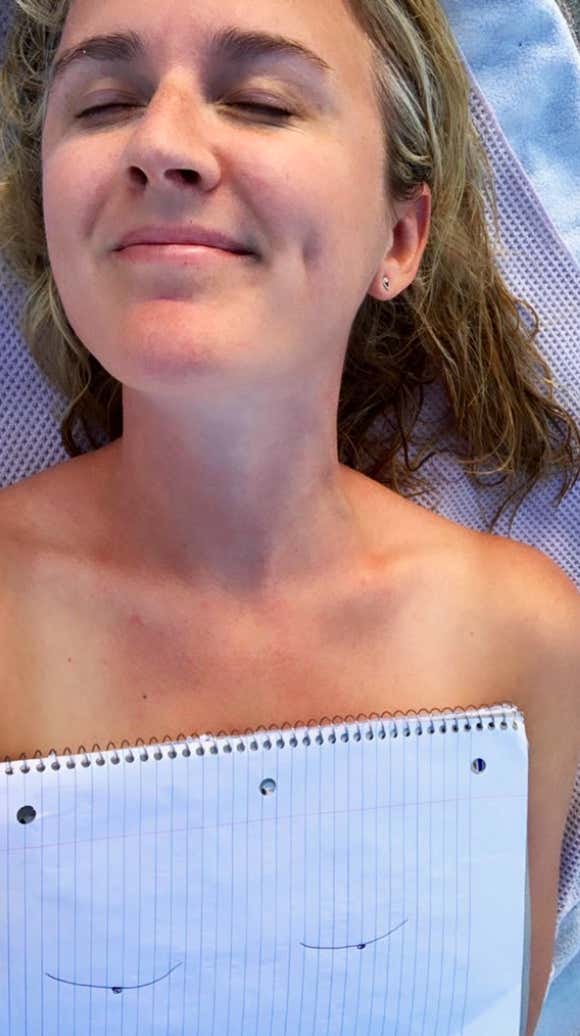 And not that it matters, the young women could have been in thongs & pasties for all I care and those clowns still would have been in the wrong, but they were just regular old bikinis. He wouldn't survive a minute down the Jersey shore where we wear the same stuff but after many a pork roll, egg n cheeser.

All that being said, play stupid games, win stupid prizes. Logan Dorn tried invoking the mighty hand of the Lord to shame these gals but Mighty Hand came down on him instead. (Good one, Kate.) 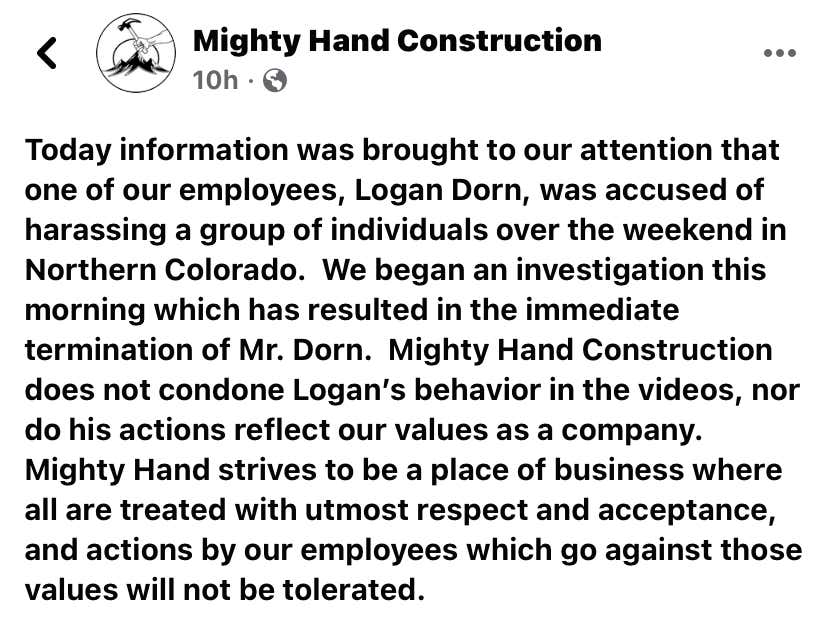 When I was a teenager I would have been too afraid to speak up & quite honestly probably would have rage-cried out of frustration and left the beach, so it brought me great joy to see these young women giving him the what-fer.

And buddy, you don't want to see teens in bathing suits save up for your own private lake. Don't go harassing people doing nothing wrong in a public space.

He's since appeared in a few of his own TikToks speaking softly & holding a bible. It's like how about 3 outta 5 guys who DM me something nasty have a cross emoji or bible verse in their bio and/or are holding their little girl/s in their avatar. Oddly predictable. As someone from a family that's very deep in their faith I know it's not representative of the whole by any means, but sucks that it's the wacky wheels that make the most noise. And he is, indeed, continuing to make noise as he "holds the line": 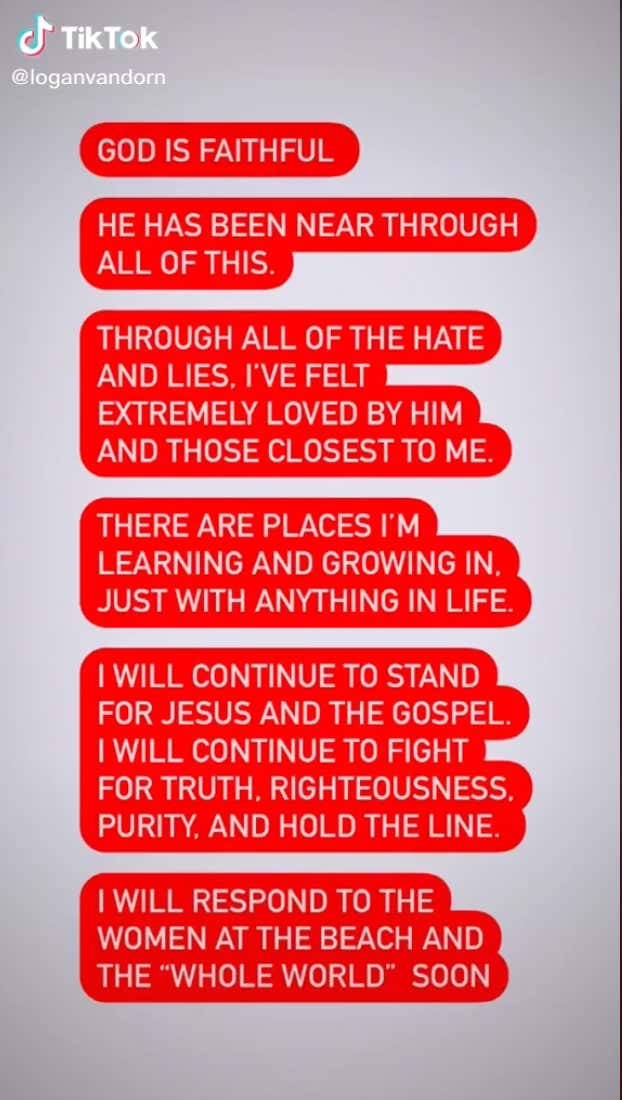 If you want to hear his version of events for whatever reason click HERE.