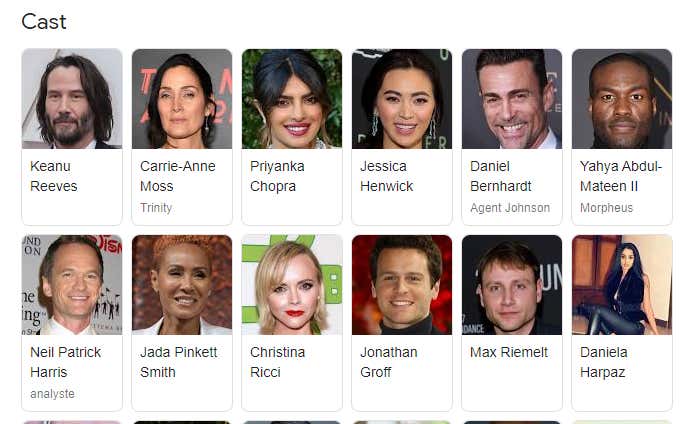 I remember back when this first started filming, Keanu was in an interview where his big describing the movie as "ambitious". To me, that is a VERY scary word to describe a movie like this because it doesn't really mean that it is good. After watching this trailer, I think I am starting to understand what he meant.

Based on what I saw in this, the movie is going for a different sort of vibe than the original 3 movies. The on-the-nose use of White Rabbit as a callback to the first movie, the amount of out-of-body sequences and the dialogue we saw makes me think this is going to lean more into the psychological aspect of the movies versus the action-scifi. I'm not saying that is a bad thing, it's just different. Here are some notes:

- Are they essentially just redoing the first movie's plot except it is Neo rediscovering the matrix instead of discovering it?

- Bearded/long-haired Neo is still going to take a little getting used to considering the John Wick association and the fact that Neo was absurdly clean cut, but thats not really a big deal.

- I think Yahya Abdul-Mateen looked fantastic as Morpheus. Almost like a dream casting in my opinion.

- I like that they fed us a little slop by giving us a quick look at bullet-stopping and a callback to the dojo fight scene.

- Jessica Henwick looks to be the new badass of the series and has probably the most cyberpunk(no pun intended, Keanu) look of the trailer

- The thing with rebooting the Matrix at this point is that the then-revolutionary effects are things that any chode with after-effects can make now. So they definitly needed to either up their game in that department or re-tool the movie a bit. The effects looked pretty standard with the exception of one inception-esque hallway flip, but we'll see.

- I'm not sure what Jonathan Groff's character is in this, but he is a perfect guy to be the new architect. He just has that vibe, man!

- As far as music goes, I think Jefferson Airplane was a miss here. I get the pills, psychological element etc. But when I think Matrix, I think sci-fi digital. It didn't even have to be a re-tooled song, just the score would be nice. In fact, when the matrix theme played at the end is maybe the only point that I got a little pumped up.

I want this movie to succeed because I love Keanu and rank both Matrix sequels among my favorite guilty pleasure movies. This trailer just doesn't have me convinced.

This drops in theaters and HBO max on December 22