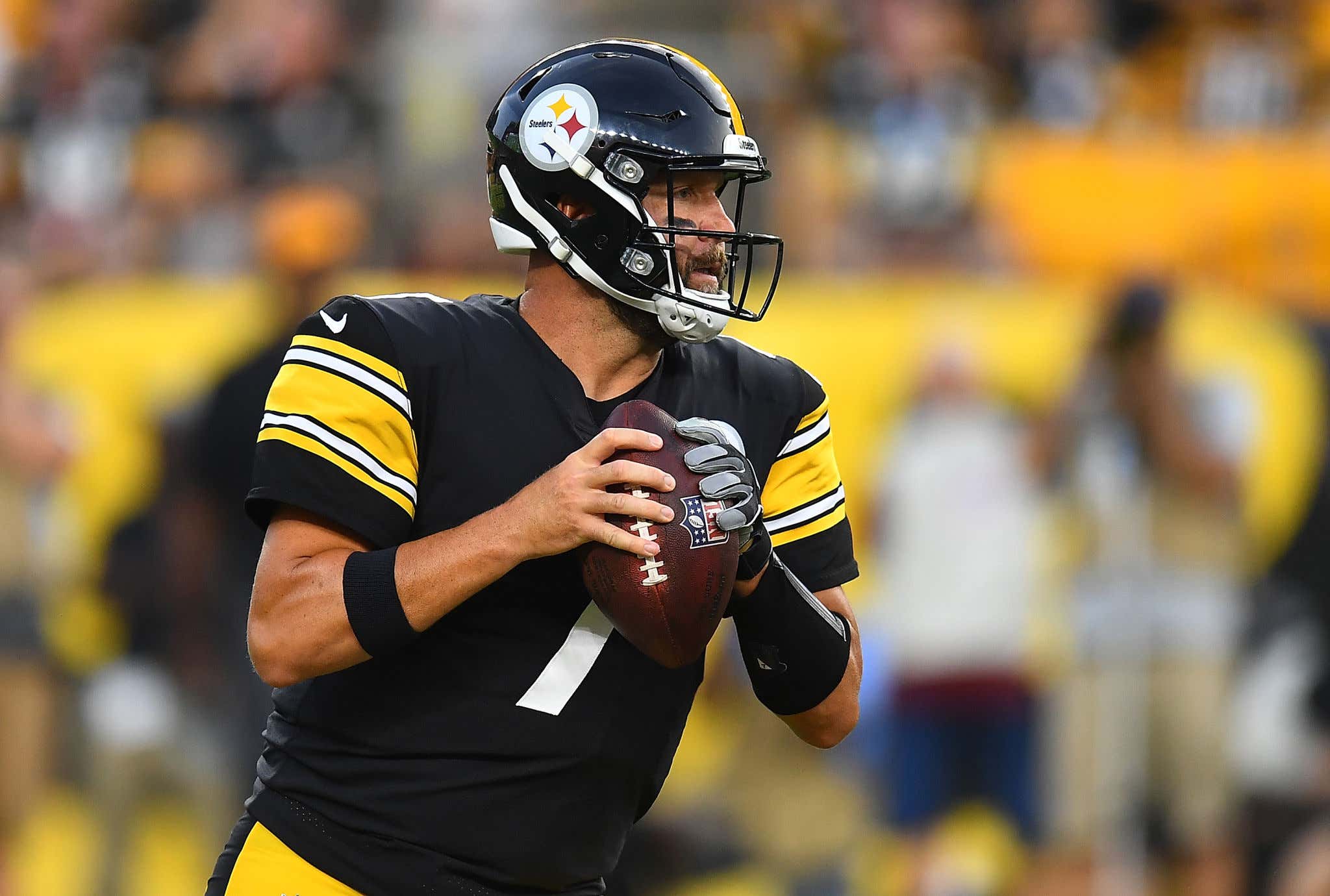 We have arrived. The 2021 season is finally upon us. In my best Stu Feiner "NNNNNNNNNNNNN….EFFFFFFFFFF….ELLLLLLLL…ISSSSSSS…..HEREEEEEEEEEEEEEEEEEUHHHH" and with that obviously comes predictions.

In last year's prediction blog I had the Steelers going 12-4 (they did) and losing in the playoffs albeit I said Divisional Round against Baltimore instead of Wild Card vs. Cleveland BUT nonetheless…

It's a whole new year, and a lot of new faces. Four rookie starters on offense. The script has officially flipped from investing in defense through the draft to offense. But there's a lot to be excited about on that front, too. Youth injection upfront and upgrades at talent at RB and TE sound like a good thing to me, not the nightmare that every national outlet besides here is saying. So let's get into it. The 2021 Steelers prediction blog:

I honestly don't see the big reason for the national narrative of "not seeing 7-8 wins" for this team. I mean, the exact same thing was said heading into last season. I really think Cowherd just ripped his rambling analogy filled monologue from before the 2020 season about the Steelers and put it in his 2021 preview.

The defense is a top-5 defense in the league and has only added depth and experienced, good veteran players Melvin Ingram and Joe Schobert while also returning their 2019 first round pick in Devin Bush. Like I said off the top, the offense has had a bunch of turnover, sure, but that's not always a bad thing. As much as I love Pouncey, DeCastro, and appreciate Big Al, they weren't good at all down the stretch last year and they were looking old as shit. Adding Green, Dan Moore Jr, Kevin Dotson playing starter snaps on top of a prime ROTY candidate in Najee Harris sounds like exactly what the offense, who was so stale and stagnant in December last year, needed.

I feel like because of this there could definitely be some growing pains early, but have we not learned anything from the last four years? Better to start slow and finish strong than get off to a hot start in September and absolutely collapse in monumental fashion down the stretch.

I'll take my lumps when I have them and admit that I picked James Conner for this last year. Really thought it'd finally be the year he put it all together. I was wrong. I don't think I'll be wrong about this one. Najee is just so dynamic. An absolute workhorse. I mean, we saw in his limited preseason action against the Lions exactly why 1. the Steelers picked him in the first round and 2. why I'm picking him for this. There's so many assets and options he brings to the table for the offense.

I really see him putting up Steelers Lev Bell type numbers. Sure, he may only have 15 carries for 43 yards and a touchdown but I guarantee he'll also have 6 catches for 60 yards in there as well. Perfect for Big Ben at this stage. Angle routes and dump offs all year long.

TJ Watt is the obvious, easy pick. He's like Big Ben for the defense. Kind of a given that it's going to hurt a lot if they aren't out there. But i'm telling you Alex Highsmith is going to be a stud this year. I was at training camp, and he easily looked like the Steelers best defender. He's a physical monster, and his pass rush (especially the spin move) has looked killer.

He'll feast opposite of Watt this year.

Switching it up from my usual Big Ben take on this. Yes, if Roethlisberger missed time or wasn't back there then there's obviously the biggest dropoff, but I don't think it's that much farther off in Najee's case either. He'll bring that much to the Steelers offense. Honestly him being out there will make Big Ben better this year. All you gotta say.

Yep I have team MVP and offensive MVP going to another rookie in Najee Harris, but I'm absolutely fascinated and ecstatic to see what MUUUUUTH brings to the offense. His showing in preseason really has me feeling double-digit touchdown catches for the kid this season. That plus he clearly has the best heir to the throne of HEEEEEEEATH since 83 retired.

Alllll of NFL Twitter was up in arms and just so appalled at the fact the Steelers didn't take an offensive lineman in round 1. My goodness! The outrage! How dare you not reach for the 6th best tackle in the first round!!! They patiently waited and took big ol' Dan Moore in the 4th and now he's your starting LT. Risky. Scary. Interesting. Exciting. All of the above. Coach T said Moore's floor was higher than they thought which is good because that means his ceiling should be even higher. You feel really, really good already about the Najee and MUUUUTH selections, but honestly if this one hits then it probably is the most important pick of the 2021 draft.

The Steelers at home on SNF under Tomlin and Roethlisberger have been pretty damn lethal. Seattle traveling across the country. The fellas will get some of those growing pains out of their system in the first five weeks and will put it all together in primetime against a solid Seattle team. Poor o-line for the Seahawks and a meh secondary. This has all the makings for one of those where we look up and it's 21-0 in the first quarter. Just clicking on all cylinders. Hoping to be there in person for that one, too.

The annual "did everyone show up hungover as shit? Did Tomlin even practice them this week? Both?" game. I was at this one last year in Cincy on Monday Night Football. Absolutely brutal. It'll come at a time when the Steelers are fighting for a playoff position, too, while the Bengals are just happy to beat the Steelers. Joe Burrow's first "signature" win. Gross.

Feels like LA is a trendy pick in the AFC or AFC West at least heading into the year. Herbert is a stud. Pretty explosive offense. Nice little pass rush. Derwin James hopefully back healthy the whole year. Hopefully this can be a little late payback from that late season SNF comeback the Chargers handed the Steelers back in 2018.

Think the Steelers will be around 6-3 heading into this one. If they fight the demons of going on the road to the west coast and come out with a win against an up-and-coming team in primetime to go 7-3…those texts will be firing off to pops.

I still think they'll wind up winning the game, but I could definitely see a super slow, sloppy start in the first half on a dreary November day in Pittsburgh that gets me a little too worked up in the first half. If you're tied or down to the Lions heading into the half at home in potentially the middle of a race for the division….it's probably a necessary tweet. Like I said, they'll probably wake up in the second half and do enough to take care of business, but it won't be one I'd feel great about.

The Game I Can Miss The 1st Quarter Because of Apple Orchard / Pumpkin Patch Time: Week 3 vs. Cincy

Look, everyone can talk until they're blue in the face about how the Bengals are coming and they have all these weapons and Jessie Bates blah blah blah. That's fine, and I'm sure it'll come back to bite us in December in Cincy just like it did last year. But not at home in Week 3. Pass rush will be too much again. Sure, the Bengals may strike first or pick off Big Ben early, but they aren't beating the Steelers in Heinz yet. Fellas, you know the deal. Sometimes you have to say "it's ok honey i can miss some ball" to make the household happier. This is one of those weeks.

Just grabbed my Terrible Towel. I'm ready. Youth injection + healthier Big Ben + top 5 defense and one last ride for 7 = Super Bowl. He takes his third trophy off into the sunset and we roll credits on the Roethlisberger era. You know I'm riding with my guys. Will they probably lose in the Wild Card round again? I'm sure there's a good chance. But this is my blog. This is my squad. Pittsburgh's gahn to the Super Bowl.