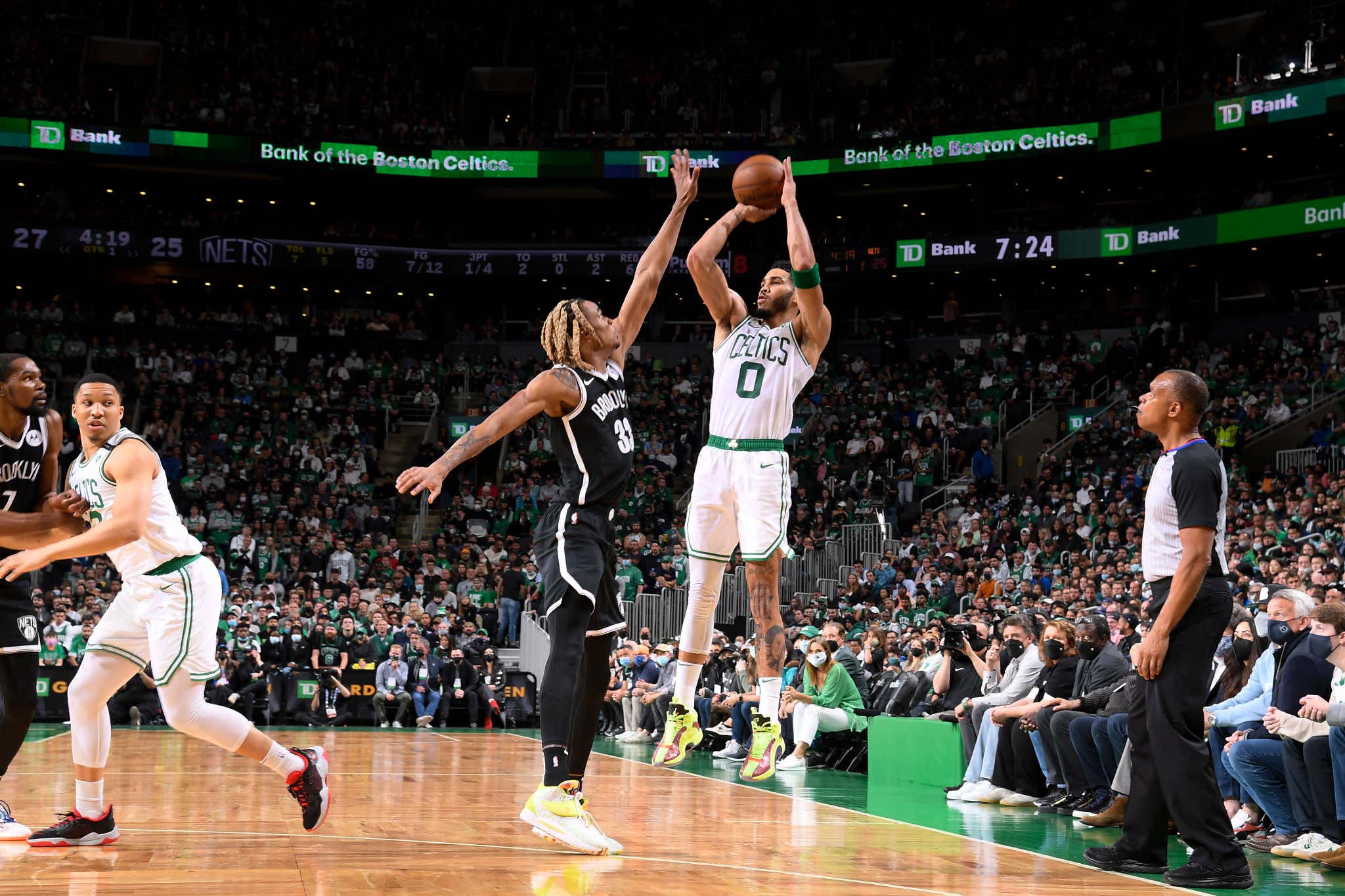 Do I have any idea how these metrics are calculated? Nope. Do I have any way to verify this statement? You bet your ass I do

I won't pretend that I've ever heard of BBall Index before seeing those tweets, but I can also tell you I don't really give a shit. As is a rule, any time you see any sort of metric or advanced stat that fits your narrative, it's to be treated as fact. I'm certain there are a bunch of smart people running that site and coming up with those metrics, so let's talk about them for a second.

This basically tells us one main thing. Jayson Tatum is proving to be an incredible difficult shot maker. That's a pretty important skill to have when you remember that entire defenses do everything they can to stop him. It's almost impossible for Tatum to have worse shot quality, yet he's still among the best in the league in terms of 3PT and perimeter shot making. I'd say that's pretty valuable. And hey, maybe you're not a numbers guy. I fucking hate math. Maybe you're more a visual learner, well, given what we saw last season I'd say it supports this data

Let's now shift our focus now to the upcoming season. If we're to believe Ime that he's going to have the team play with more ball movement and an unselfish style, chances are Tatum is going to get a whole lot more clean looks right? If the days of him dribbling for 20 seconds and then being forced to pull up a contested three are gone, another jump from Tatum is absolutely on the table. I mean look at those "opennes" numbers! He barely got open looks last year and still made 2.8 a night at a 38% clip.

When you think of the all time great scorers in the league, making difficult shots is part of the gig. Look at Durant for example. Doesn't matter if you play perfect defense, he's still going to bury whatever he wants right in your eyeball. That looks to be where Tatum is trending. Being that effective at such a young age is pretty rare I would say.

So yeah, I'd say this is exactly the type of shit I'm trying to see come across my timeline. You combine the potential for easier looks with the motivation from last season and the All NBA snub, something tells me we're about to get the best version of Jayson Tatum to date. Considering how good he already is, that's pretty exciting.

Don't let him get open looks, that's all I'll say