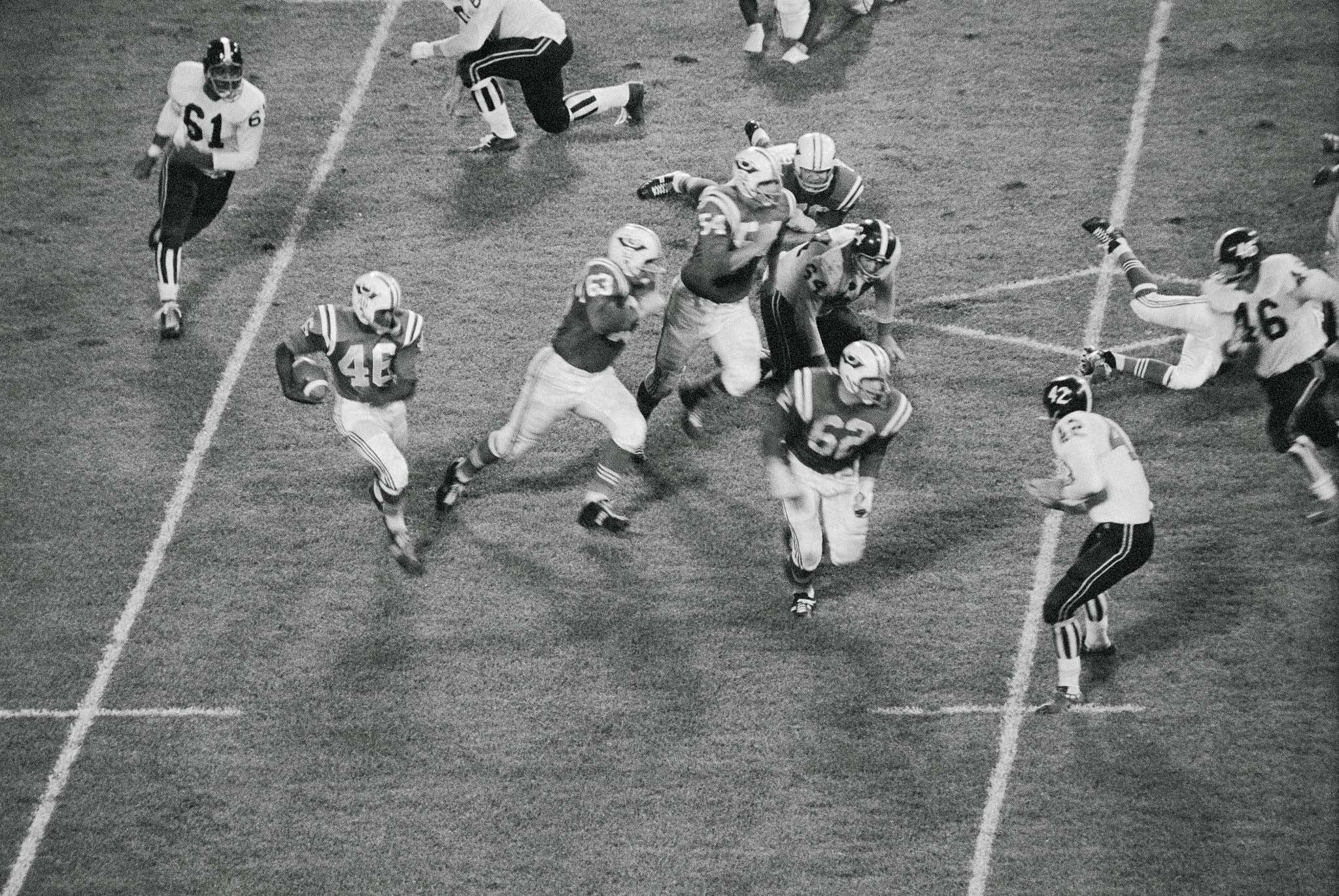 A new league is born as the Boston Patriots host the Denver Broncos in the first official game for the American Football League at Nickerson Field. The Broncos win the opener 13-10, as Al Carmichael catches the first touchdown on a pass from Frank Tripucka. Neither team will factor in the league’s championship as the Patriots finish 5-9, while the Broncos finish 4-9-1, finishing last in their respective divisions.

The National Football League, founded in 1920, took several years to really catch on as professional football was not highly regarded in the early days. Several other leagues attempted to form, but few ever had any significance other than the All-American Football Conference, which lasted from 1946-1950. The ’50s saw significant growth in the popularity of professional football thanks to the invention of television. With the growth of the NFL’s popularity came the interest in expanding the league to new cities, but the NFL was not willing to let new owners into their exclusive club. This led Lamar Hunt to form his own renegade league after the NFL would not grant him an expansion team in Dallas. Hunt’s Dallas Texans, along with the Houston Oilers, Buffalo Bills, New York Titans, Oakland Raiders, Los Angeles Chargers, Denver Broncos, and Boston Patriots, were the first eight members of the new American Football League.

Professional football in Boston had long been a failure. The NFL had tried three times to put a team in Beantown without success. The first attempt was the Boston Bulldogs, who folded after one season in 1929. The NFL tried again in 1932 with the Boston Braves, who later became the Boston Redskins and moved to Washington. The NFL later tried with the Boston Yanks, who played at Fenway Park from 1944-1948. Denver, meanwhile, was unchartered territory for professional football and major professional sports as the Broncos were the first big league team to play in the Mile High City.

The inaugural game was played at Nickerson Field, home to the Boston University Terriers. The stadium was once home to the Boston Braves, but when the team moved to Milwaukee, the stadium was turned over to the University and transformed into a football field. The Patriots founded by Billy Sullivan were dressed in nice red, white, and blue uniforms with a revolutionary theme. The Broncos, meanwhile, owned by Bob Howsam, used horrendous brown and yellow uniforms with vertically striped socks used by a local high school.

The first game was played on a Friday night because the Patriots did not want to compete against the NFL’s New York Giants, who were the popular team in the New England television market. The Patriots scored first on a 35-yard field goal by Gino Cappelletti. In the second quarter, the Broncos answered as Frank Tripucka connected with Al Carmichael on a 41-yard pass play. The Broncos added to their lead in the third quarter, as Gene Mingo ran back a punt 76 yards for a touchdown. Mingo, tired from his run back, would miss the extra point, leaving the score at 13-3 in favor of the Broncos. The Patriots scored their own touchdown when Jim Colclough caught a ten-yard pass from Butch Songin. Neither team would score in the fourth quarter as the Broncos held for a 13-10 win.