The Buffalo Bills are a team that have been knocking on the door. They came up just short in the AFC Championship game last year. They've got the 3rd highest odds to win the Super Bowl heading into this season at +1100. They're right there on the cusp of greatness.

So what is going to push them over the top? What's the move that is going to get the Bills over that hump and playing on that first Sunday in February? Is it the massive 6-year extension to Josh Allen? Is it signing Mitch Trubisky to bring some NVP talent into that QB room? Signing Emmanuel Sanders? Bringing back all 5 starting offensive linemen and just running it back with pretty much the same roster?

None of the above, actually. Their biggest move of the offseason was signing an official team grillmaster. 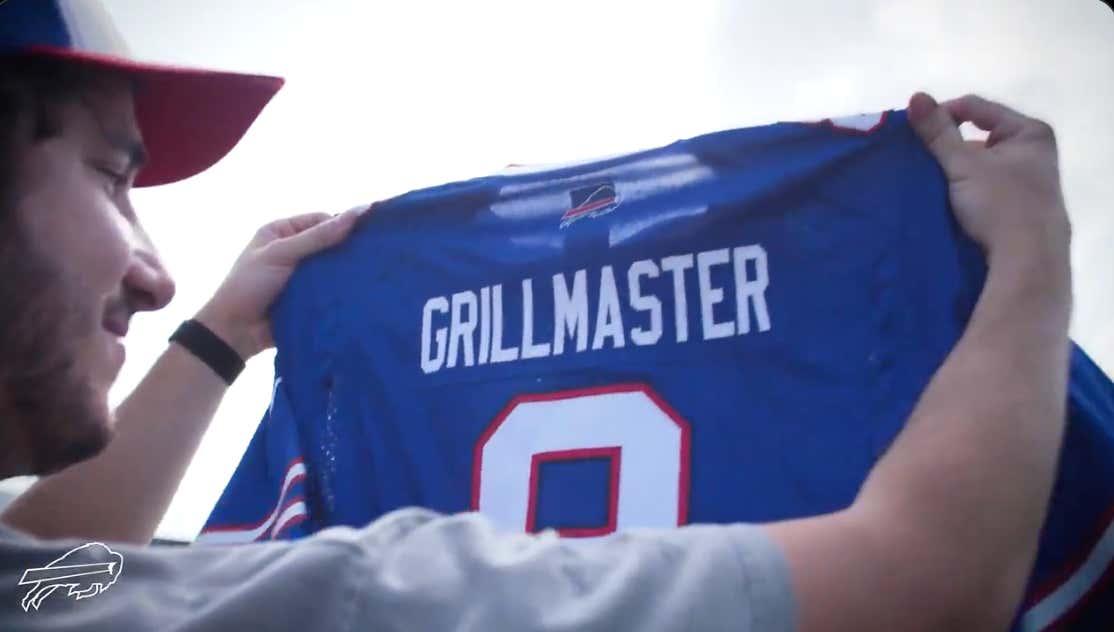 Now when my beloved Philadelphia Eagles won the Super Bowl, they did so under the mantra of "hungry dogs run faster". Which is certainly true to a degree. But there's also the saying that big dawg's gotta eat. So which one is it?

Preferably I would prefer if my big dogs were feasting on some deliciously juicy and perfectly seared dry-aged ribeye.

A little worried about all that meat weighing the boys down and making them a little sluggish out there on Sunday afternoon? How about some ribs rubbed in preworkout to get the fellas buzzing.

You're telling me an O-line won't be playing some of the best ball they've ever played in their life if that is their pregame meal? I bet Josh Allen takes single digit sacks on the whole year.

All I'm saying is that if the Bills actually do the damn thing this year and win a Super Bowl, the Grillmaster better have a ring coming his way because he'll be just as much a part of it as anybody. And with that being the case, I'd like to take this time now to formally apply for the open position as the official grillmaster of the Philadelphia Eagles.

Nothing will get the stench of last season away quite like the smell of Bulgogi beef short ribs wafting through the air. Somebody get Howie Roseman on the line. It's a copycat league and the Birds need to react fast.