On the 20th anniversary of the Sept. 11 attacks, former President Donald Trump will host and commentate the Triller Fight Club heavyweight boxing match between Evander Holyfield and Vitor Belfort.

"I love great fighters and great fights. I look forward to seeing both this Saturday night and sharing my thoughts ringside. You won't want to miss this special event," Trump said in a press release.

Trump has a history with boxing, having hosted several matches at his casinos in the 1980s and '90s. In a tweet, FITE called Trump's contribution "alternative No Holds Barred commentary," and announced that his son, Donald Trump Jr., will also be participating.

Say what you will, find me something more 'Americana' than a former President calling a boxing match with his son in a Florida Hard Rock Hotel on the 20th anniversary of 9/11.

Worth noting, vaguely remember watching the last Triller fight with a cringe stuck on my face so I looked up my Tweets about it and yeesh:

The whole thing felt so incredibly forced from the music to manufactured YouTube-fighter drama surrounding the (awful) fights themselves. Everyone else's reactions were largely the same & the event got panned. This time around it looks like a much different vibe, but still a weird ass vibe??…

For the main event you've got former four-time heavyweight boxing champion (but now-58-year-old who has taken a ton of knocks to the head) Evander Holyfield vs. Vitor Belfort who is over a decade younger & still pretty intimidating. Plus, according to CBS Sports, "Holyfield's addition to the card came just days after he filed a demand for arbitration against Triller claiming $5 million in unpaid wages". (The co-main event is Anderson Silva and Tito Ortiz.) And yet… as vaguely icky as the whole thing still feels, it wouldn't be shocking if I find myself paying to watch. Like rubber necking a car crash or hate-watching 90 Day Fiancé. So, I guess they're on to something.

Also, it's a smart move as I'm sure Trump & Trump Jr. will be a big draw for many who might not normally buy the fight.. and that's great & all but there's really only one group I trust to call a match. No word yet on whether Trump or his son will be singing the anthem. 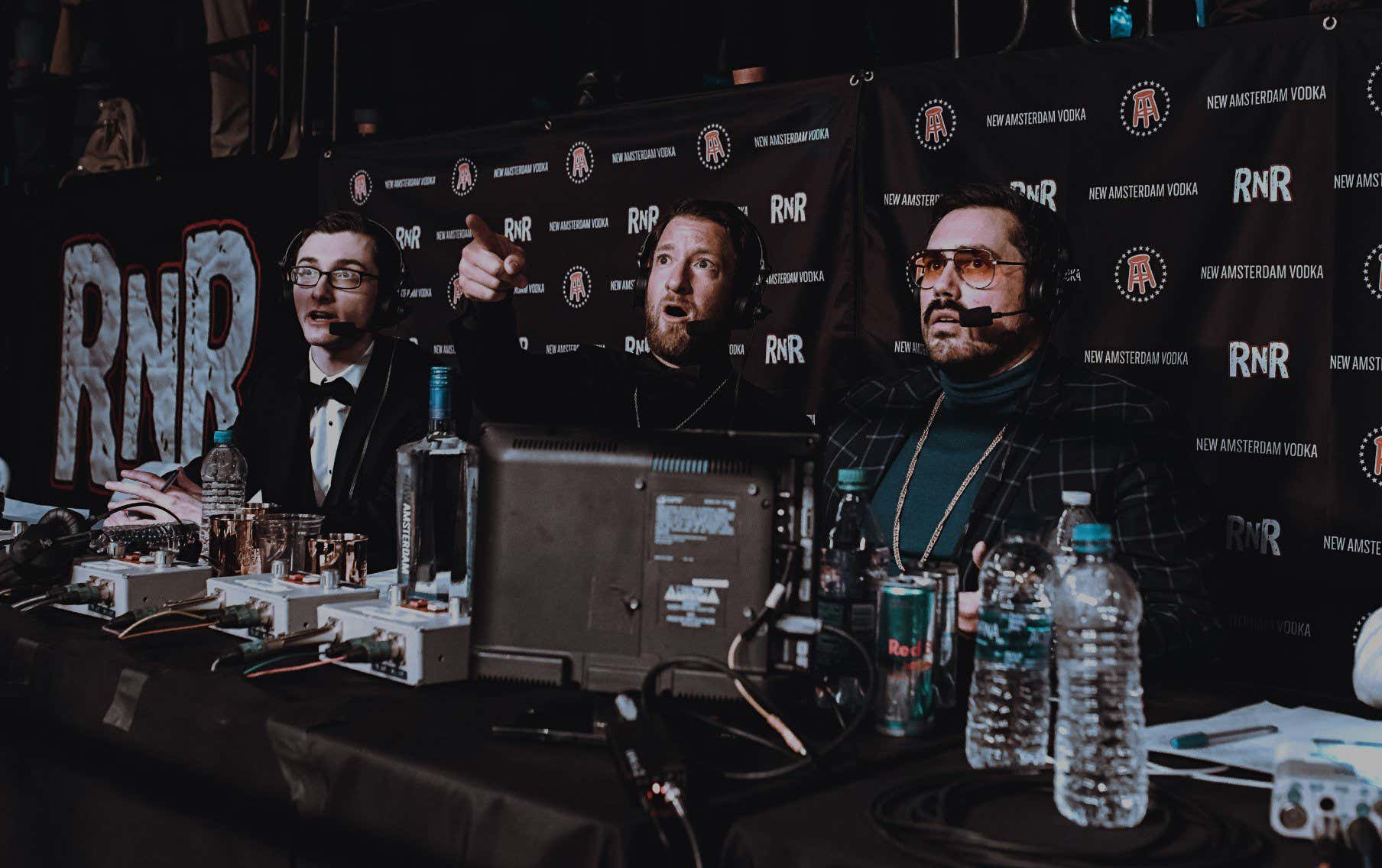