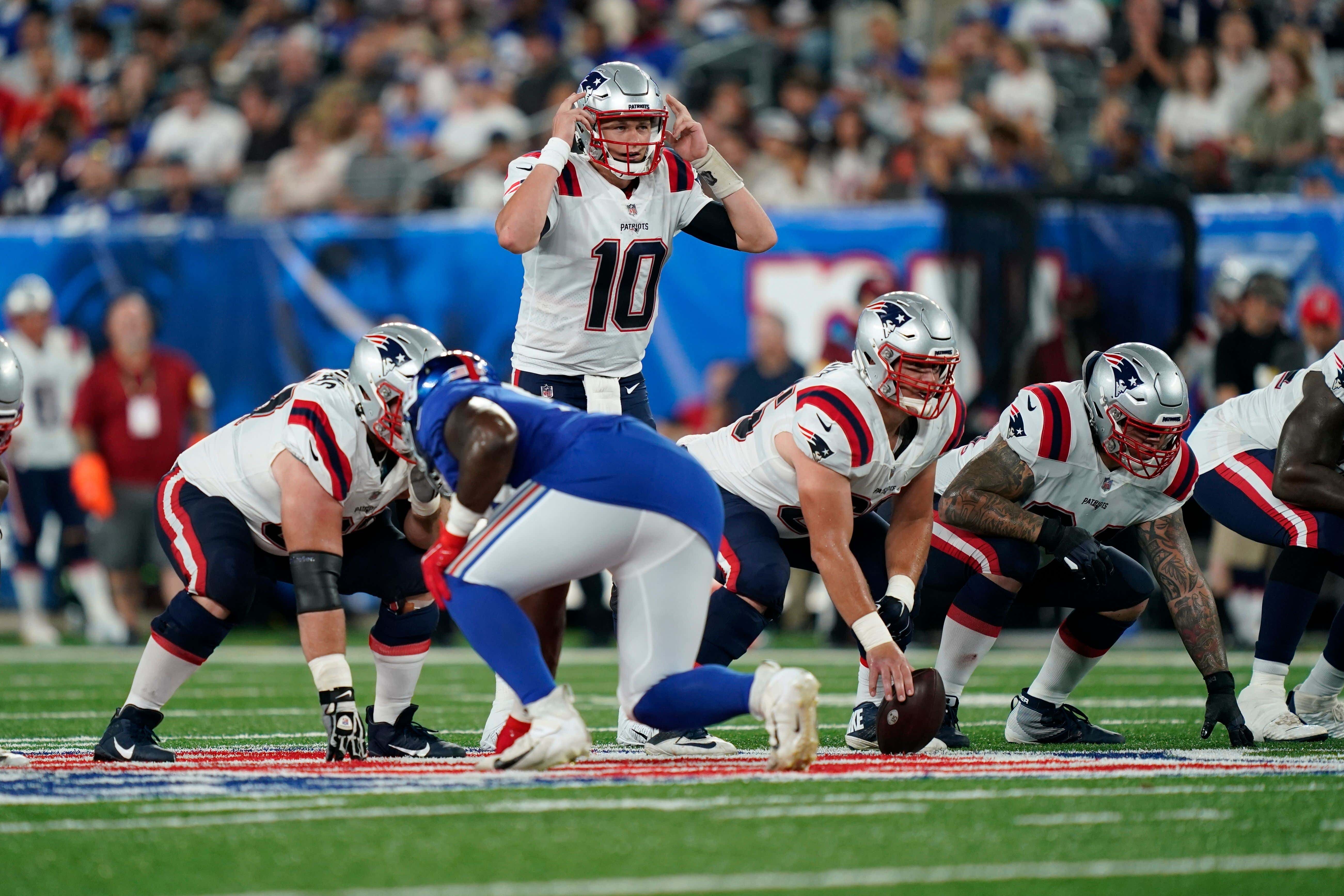 These are strange times to be living in the strange, strange land I've always called home. We are mere days away from the start of a career of great promise. Of someone who could - possibly, potentially, and whatever other qualifiers you care to add - be one of the next superstars in a sports-obsessed region that is hungry for them. Who, while so far nothing that's happened is official, has not only lived up to the most lofty expectations, but has succeeded them, capturing the starting quarterback's job over a 10 year veteran and former MVP and outplaying an exceptional class of rookies:

… this is still New England. Which means there are always going to be those wretched, miserable, soulless creatures who can't feel good about what is so far a feel-great story. Including a former Patriots General Manager:

So in other words, Belichick didn't want Mac Jones. You can tell by the way he got him at No. 15 instead of sacrificing his next two 1st rounders the way San Francisco did to get Trey Lance. Or to take it a step further, that any team who gets a player who is not the top overall pick didn't really want him. So the Chicago Bulls can't have wanted Michael Jordan, because they only took him third. This is the kind of pretzel logic you expect from Sully in the Car, not a from a former GM. Then again, this is the man who once forgot to send out player contracts, so that his entire roster became free agents at the same time. True story. Par for the course, I guess.

Anyhoo, if you're looking for more informed opinions on Jones, allow me to present the all time leader in passing yards, who's second in career passing touchdowns and fourth all time in wins:

Source - Drew Brees loved what the Patriots did in the first round of the draft this past spring, and … recently explained during an NBC Sports conference call, he was all in favor of New England selecting Mac Jones. …

“So as I was watching the draft, the minute the Patriots took Mac Jones at 15th, I said, that’s the steal of the draft,” Jones told reporters, as transcribed by WEEI. “It’s probably the guy who is most ready to play NFL quarterback right now, of all the guys who were taken before. His level of execution last year at Alabama, and I know we can sit here and argue he’s got the best players on the field on his side, on both sides of the ball. But in watching the National Championship Game, that’s where it became very evident to me. This guy’s level of execution, his understanding of offensive football, his timing, his rhythm, his ability not only to make the routine throws but to make throws that you’re going to need to make at the next level in order to win games and take care of the football the way he did, I felt like he was the most NFL-ready. …

“For all those reasons I think Mac Jones is going to have the most success of any rookie quarterback, not just this year but probably for the next few years,” Brees told reporters.

Again, Brees is no Upton Bell. I mean, it's not like he's ever built an NFL team. It's not like he ever fired his coach, got overruled by ownership, and made a deal that, if they lost the last game of the season, he'd be allowed to go through with the firing. So he was in the press box, openly rooting for his team to lose. Only to see them pull out the win on a last minute 80-yard touchdown strike. Also a true story. No, all Drew Brees understands is how to play the position at a very high level for an extremely long period of time and lead his team to a championship.

Admittedly, all this is academic and we won't know anything for sure until starting Sunday afternoon. Until then, just remember that just about any time someone has a grudge against Belichick (Bell and a lot of the Boston media), it's all about negativity and talk about "luck." And just about whomever is talking is fair and impartial, it's all talk about how impressive Jones is and predictions of future greatness. I know whom I'd rather listen to.

All hail our illustrious future king: