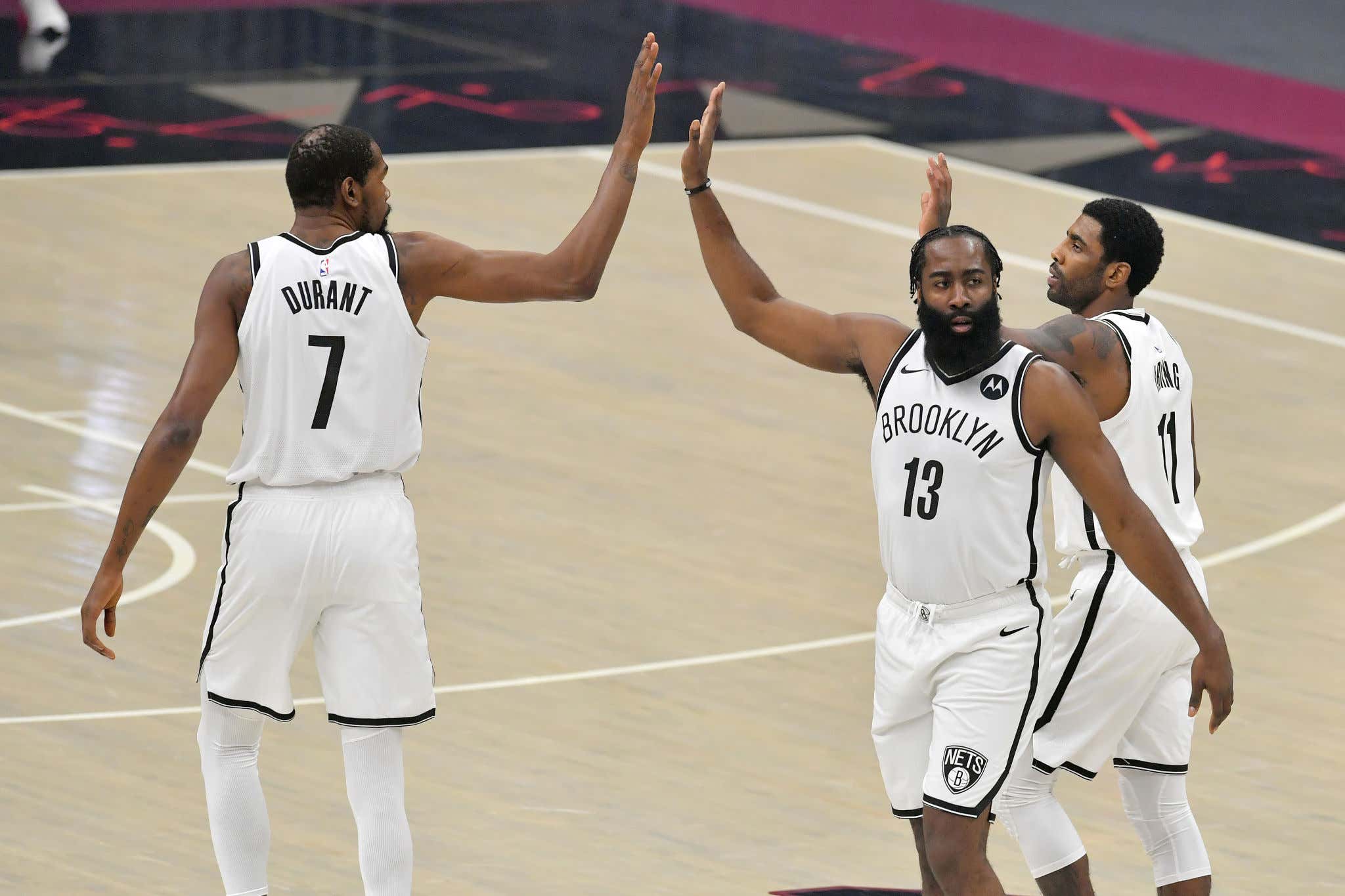 While it's exciting that football is officially underway and the baseball playoffs are around the corner, don't let that distract you from the fact that we are just 42 days away from the start of the NBA season. I'm already giddy with excitement. Training camps will be open before you know it and we're less than a month away from our first preseason game. If last season taught us anything, it's how wide open the league really is at the moment. You look up and down each conference, and there are a ton of reasons to be excited for what we're about to see. There are teams that enter next season with an insane amount of pressure to win, other teams that are hungry to prove that last year was real while others are faced with the challenge of reassuring their fanbases that last year was actually an aberration.

For my money, there are really only 3 teams that enter this upcoming season with house money. The first being the Bucks of course. You win the title, the pressure is lifted. Last season they had all the pressure in the world after getting embarrassed by the Heat, but they came back and won the whole thing. Whatever they do this season is gravy. Then there's the Nuggets and Clippers. With Kawhi/Jamal Murray out, their expectations are adjusted. You lose your best players for what might be the whole season, that matters. Everyone else? Well shit, let's talk about it.

These two teams spend their summer in an arms race. The expectation of each isn't just to make the Finals, but to win. James Harden spent all summer talking about how nobody is beating the Nets healthy. LeBron spent the summer revamping his entire roster and bringing in big name players as a response. NBA vets are flocking to the Nets to ride their coattails to a ring. If the Lakers don't win the title, it'll for sure be a disappointment, but if a healthy Nets team doesn't? That might very well be the biggest choke job in NBA history. That's what's at stake for both sides.

You want to give the Nets a pass in Year 1? Fine. New group, main guys were never healthy, and even the Heat Big 3 didn't win in their first year. They don't get that same pass next season though. Barring injury which we obviously can't predict, even making the Finals won't be good enough. They have to win the whole thing.

You want to talk pressure? Welcome the Jazz and Sixers to the conversation. Two regular season beasts that cannot help but collapse in embarrassing fashion when it matters most, the postseason. #1 seeds that couldn't even get past the second round…..again. The Process has never been past the 2nd round at any point of the Embiid/Simmons era. The Jazz haven't been past the 2nd round since 2006-07. Both of these teams were dominant during the regular season last season, but for what? They need to shake the reputation that they are just regular season heroes and postseason zeros. In order to do that, you need to win.

They are inching close to what the Bucks were last year. Whatever they do in the regular season now doesn't matter. They need to answer the question of if their franchise players can actually win at a high level. That's the reality. They should be able to, the talent level seems to be good enough, yet the postseason results do not match up.

It's safe to say all three of these teams underachieved big time last year. Most of it was due to shit outside of their control. All three had to deal with big time covid/injuries issues all season. As we know, the Warriors will be fully healthy around Christmas when Klay is back, the Heat brought in Kyle Lowry and the Celts brought in a new coach and revamped over half of their roster. All three enter this upcoming season with the pressure of showing that last year was the exception. All three were fighting to get out of the play in all season, everyone regressed mostly due to their best players not being available, and I consider this a prove it year for all three.

We're giving the Warriors the benefit of the doubt when healthy because they've earned it, but they bench is entirely different from the early Warriors days. They are now relying on a whole bunch of young guys. The Celts and Heat never really got to play for long stretches with their main guys. This will be a great test to see how much of their struggles were real, and how much were due to a weird covid year.

All three of these teams had surprising years. They made a statement, no two ways about it. But now comes the hard part. It's one thing to surprise the league and have a year where you're much better than expected. Well now that they've done that, it's time to prove that last season was not a fluke. Teams that maybe took advantage of not being in the bubble playoffs and had all this time off. Now it's flipped a little. The Hawks will only have 65 days off from their elimination to the start of the year. Things are different when teams actually take you seriously. These three aren't going to be surprising anyone next year, and we haven't seen them perform with elevated expectations. Success isn't always linear. Just because they were really good last year, we have no idea if that's who they really are, or if it was again due to a weird covid year. Nobody is expecting these teams to win a title or anything, but the expectation is that they'll be in the top 4 seed conversation at a minimum.

Pretty simple. Show Dame you can actually win and compete, or he's about to demand a trade and you lose your franchise player. I'd say this is a pretty massive season for POR all things considered. Another underachieving year where maybe they get bounced early or miss the playoffs? No chance he's sticking around. This is their shot in my opinion.

The Pelicans are also in this situation with Zion. It's a little early, but you can't fuck this up for a 3rd year in a row. Willie Green has to work. The team has to make the playoffs or would it shock anyone if Zion accepted his qualifying offer so he could get out of NO faster? The clock is ticking on the Pelicans to make any sort of step forward, and last year was most certainly not it. This team didn't even make the play in last year. They just traded Lonzo Ball and had a very weird offseason. As we know any time you have a generational talent, the clock is always ticking in terms of keeping them happy. This is the year the Pelicans could really start to feel the heat if they don't take steps forward.

For all the love Luka gets, and rightfully so, they can't get out of the first round. At some point, that has to change. The good news is they locked Luka up long term with the supermax, but does the narrative around him change if he can't ever get out of the first round? Are we sure he won't demand a trade a few years into his deal if they never even make the second round? That's become the norm it seems.

Then you factor in the Jason Kidd angle and that potential for disaster, there's a lot of risk in the upcoming Mavs season.

Even for a team like the Bulls there is a good amount of pressure heading into the season. After the trade deadline they had and the offseason addition of Lonzo and DeRozan, this team has to make the playoffs. There's really no excuse. They have the high end talent, there are All Stars on this roster, they gave up their future assets for this group, and it has to translate into wins. Even the play in would be a success, but the point is they can't go back into the lottery barring some brutal injury luck. Many people talk like they had one of the best offseasons of any team in the league, well now it's time to back it up. Plus there's the whole Zach LaVine pending free agency angle. If the Bulls once again miss the playoffs, are we sure he stays next summer? I'd say that brings a decent amount of pressure.

So just off the top of my head, there's almost half the league of really intriguing storylines. When you take a step back and see everything that's at stake for so many contending teams, it's impossible to not be excited for the upcoming season. It's felt like each season has gotten better and better in recent years, and if you ask me we're about to enter our best one yet.