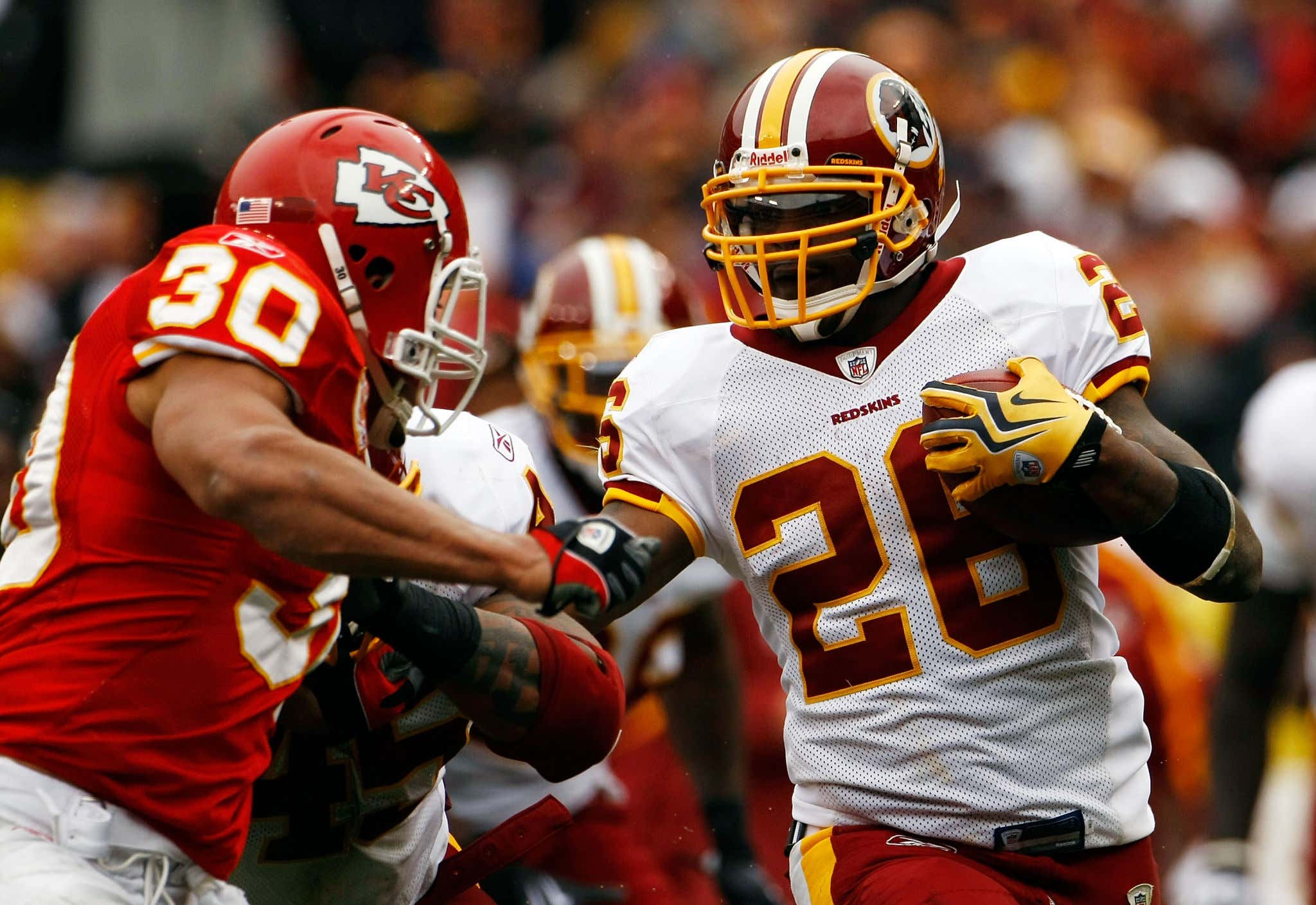 TMZ - Clinton Portis could be headed to prison for a LONG time ... 'cause he's now facing up to 10 years behind bars after he agreed to plead guilty to a fraud charge last week.

According to court docs, obtained by TMZ Sports, the former NFL star cut a deal with prosecutors on Friday ... and pleaded guilty to one count of conspiracy to commit health care fraud.

As a result, per the docs, 40-year-old Portis now faces a maximum sentence of 10 years in prison ... as well as HEAVY fines.

Portis had been hit with multiple charges by federal prosecutors in 2019 ... after prosecutors say he -- and several other ex-NFL players -- developed a scheme to get cash from the Gene Upshaw NFL Player Plan.

Prosecutors say Portis and the other former players made up fake claims and submitted them to the plan, which was initially designed to help retired players pay for medical bills.

Prosecutors alleged Portis and the players made huge coin after the plan reimbursed them.

What the fuck is this shit??? 10 years in jail for a little fraud? Who amongst us! I say who amongst us has not committed a little fraud against our employer every now and again??? This guy put his body on the line for every Sunday for a decade, the NFL should be kissing the ground he walks on, not tossing him in jail for scheming to taking advantage of the Gene Upshaw NFL Player Plan. Who cares about that?

Look, I get you're not "supposed" to make up fake injuries after your career in order to make millions. I get that. But hey, they signed the checks. The deed was done. Clinton Portis won, the NFL lost. And it doesn't even seem like it's the NFL suing him, it's "federal prosecutors", whatever *that's* supposed to mean.

But I digress. My point is, CP maybe made a little mistake. I get it. Hand up, he shouldn't have stolen a ton of money. But the NFL can afford it. They can afford to pay Clinton Portis a few extra nickels. He shouldn't have had to commit fraud to begin with. So let him pay a little fine, give him a slap on the wrist, and let's go on with our lives. CP shouldn't be in jail, no way no how.

PS: He should just blame CTE. That always plays.