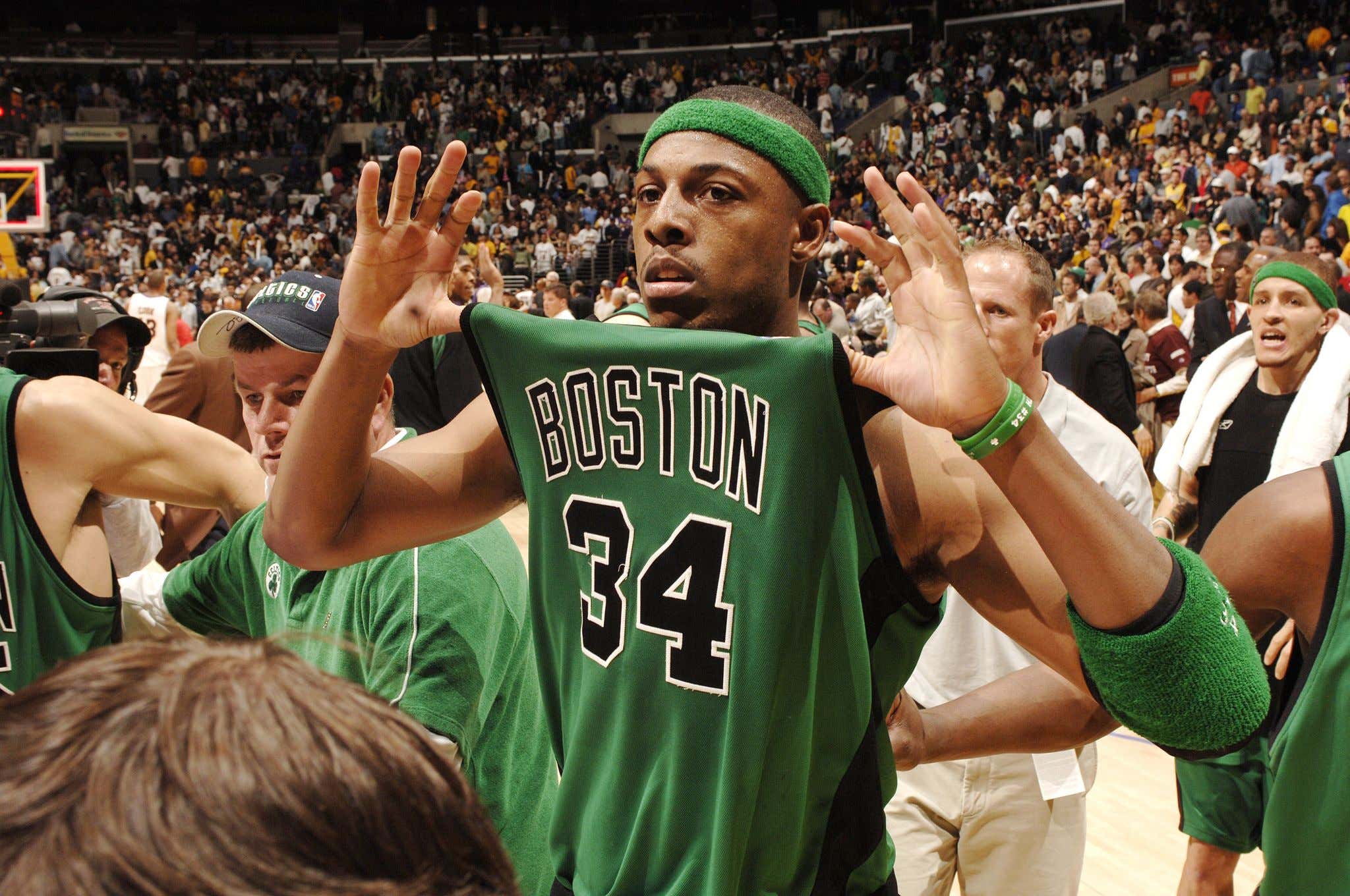 The Tuesday after Labor Day sucks for everyone. Easily one of the worst days of the year. Well you know what makes things a billion times better for yours truly? An in depth piece about my favorite Celtic ever.

I mean you give me a sit down with Paul Pierce talking about his life, career, love of blunts and strippers, yeah I'm going to read the shit out of that. I highly suggest any fellow Celts fan give it a read as well. But if you're just looking for the highlights, these were some of my favorite parts

Ah yes, the video. Who could forget this legendary moment in internet history.

It would have been extreme bullshit if the HOF kept him out due to that video. Last time I checked the HOF was about what you did on the court as a player. Considering Pierce is top 50 all time, I don't care what he did in that party, he's a first ballot guy. So the guy likes to smoke blunts and enjoy the company of some nice young women. Big deal. The fact that he 10000% had no idea he was on IG live because he's an old who has no clue how to work technology is what makes it so great. He can't even use emojis correctly, so what makes you think he would understand how IG or FaceTime works? Of course not.

I also love that Pierce still hates LeBron all these years later. One of the few that went toe to toe with him in his prime. Some of the shit he says is rather outrageous, like if LeBron didn't win the title in the bubble he wouldn't be top 5 all time, but a grudge is a grudge. We need more of that in my opinion.

Never have I read a quote so relatable than what Pierce said here about Jiri Welsch. It's why whenever I hear the doomers complain about this era of basketball I mostly laugh. Being a 90s baby, I've been molded by literally the worst era in Celtics history. Jiri fucking Welsch started 100 goddamn games for my favorite basketball team in the early 2000s. I mean, this is who Pierce had to work with in that 2004-05 season

I find myself becoming irrationally angry once I saw the name Mark Blount. Man was that guy frustrating. This was also before Big Al became a 20/10 guy. Marcus Banks was absolutely unstoppable in NBA Live 2004 while being quite stoppable in actual NBA games. Outside of Pierce, Toine, and Ricky Davis doing awesome shit, it's hard to believe this team went 45-37 and finished 1st in their division. They ultimately lost in 7 to the Pacers by getting absolutely destroyed at home. That was a devastating moment for 18 year old Greenie. Fast forward 16 years and they don't get any easier.

It's true though that before the Big 3 trade, Pierce's future in Boston was uncertain. They shopped him around, he tried to make his way to the Mavericks, and thankfully Danny Ainge was able to get his buddy Kevin McHale to give him Garnett who obviously changed everything and the rest was history. But yeah, I'm not sure what you wanted Pierce to do with Jiri Welsch. A tough ricochet shot for sure, but he's not lying.

I'll watch/listen Pierce and Garnett do literally anything together. Doesn't matter what it is. It could even going on some rides in a mall.

100 out of 100 times I'm watching so yeah it's safe to say I'm excited for whatever they end up putting out.

Like I said, do yourself a favor and give the whole thing a read. I cannot wait to see his enshrinement into the Hall Of Fame in just a few days, that shit is going to be emotional. It's cool to slander Paul Pierce on Twitter these days, especially from LeBron fanboys, but make no mistake. Pierce was one of the best to ever lace em up and that's simply a fact.