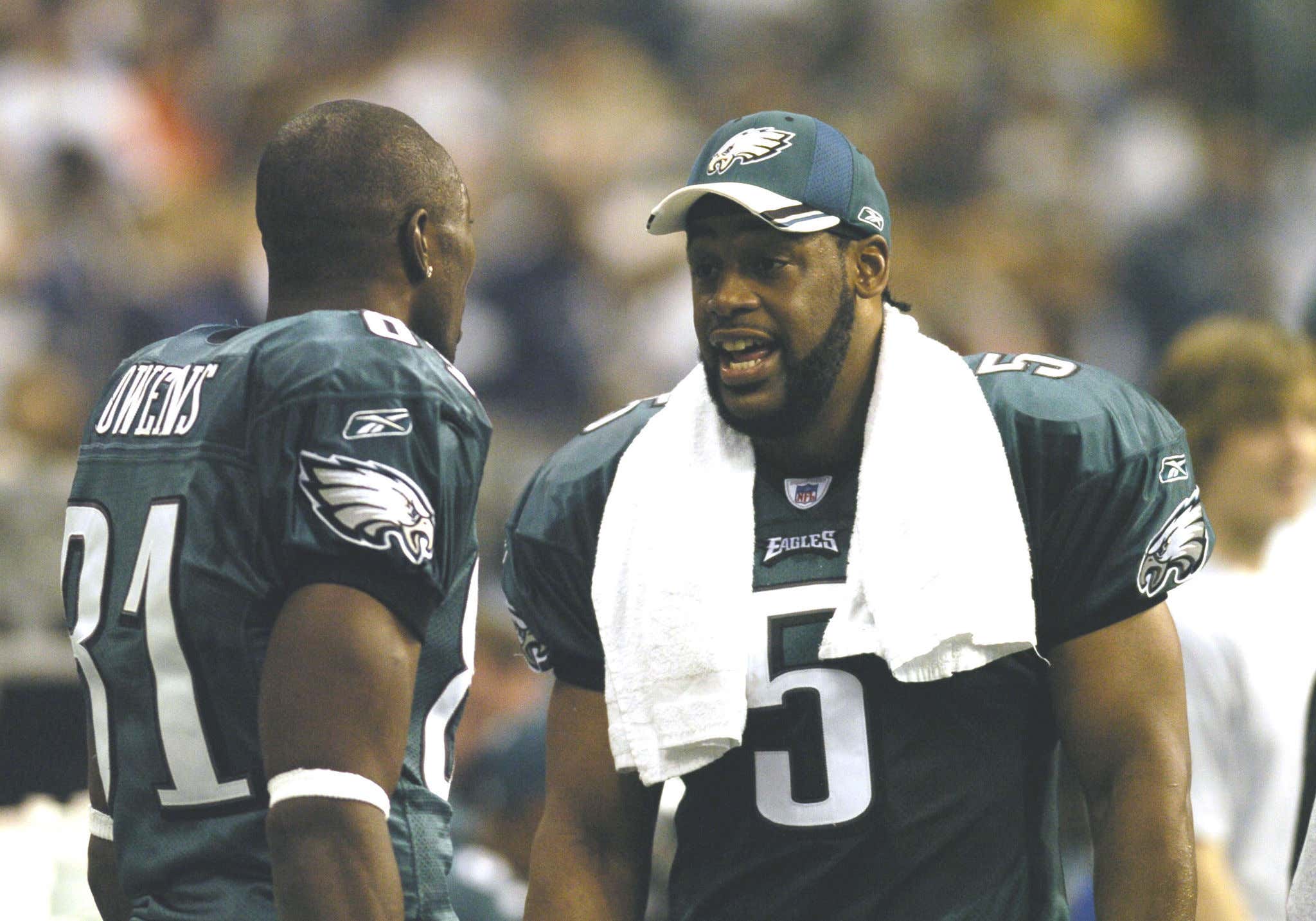 The end of the Carson Wentz and Doug Pederson era in Philly obviously came to a….tumultuous end. It got to the point where there were reports that Carson and Doug weren't even speaking to each other. Doug was practically begging Howie Roseman to fire him. Wentz wanted out. The whole thing was a shit storm that built up strength over the shit gulf and turned into a shit hurricane. And as all that was going on, I can remember just thinking to myself that I couldn't believe how it had gotten that bad.

Then you remember the Donovan McNabb and T.O era in Philly and it all makes sense. Because this organization has a long, storied history of its most successful teams legitimately despising one another. And if you think the relationship between those two guys has smoothed out since 2004? Think again, cowboy.

Let's actually think about this for a minute. What would you say is more impressive? The fact that the Patriots won back-to-back Super Bowls, or the fact that this Eagles team even got to the Super Bowl despite their two most important offensive players legitimately hating each other? Because if that's how good that '04 Eagles team was when the locker room all wanted to knock each other out, then imagine how great they would have been if they were just indifferent towards each other. I'm not even saying they'd all have to like each other and be best friends in order to be the most dominant team in league history. I'm saying total indifference would do the trick.

It's times like these when I really feel like I missed out still being a young lad during this Eagles era. Because when you're 12, you don't understand that these two guys hate the shit out of one another while they're out there on Sunday afternoons. You're too busy looking up to them as superheroes to even consider the idea that maybe there's a chance that not everybody on the team is best buddies with each other. And maybe it wasn't quite as apparent to the public as it would be today with social media and how quick players are to run to their agent to leak some rumors out to the media. But I just feel like I missed out on a ton of juicy drama during that era. You gotta love a pure hatred that can spark a 17-year grudge that is still so strong that it makes you want to knock chunky soup out of the other guy. Hatred in its peak form right there. Potentially a Rough n Rowdy in the making.