Karma is a BITCH, but at least this shoplifter had some fashion!

I know there isn't a "school" per se that teaches shoplifting classes, but you'd think rule #1 of shoplifting would be to make sure the great escape had some sort of plan. You know what, forget an overall plan. Maybe just remember to unlock the doors for your partner-in-crime who's actually committing the crime...

So this has to be a setup right? There's no way this isn't. Who doesn't know how to unlock a car door? On top of that, the driver completely leaves their partner for dead (or jail for that matter) and flees the scene. 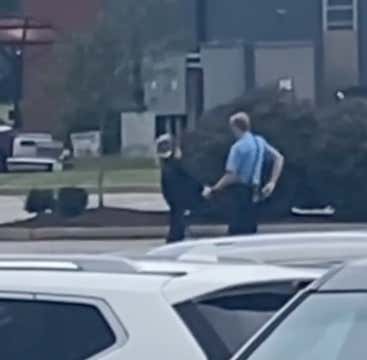 According to Tiktok (which like Wikipedia is always 100% accurate), this incident occurred on September 4th in Illinois.