It's been all fun and games for Carolina with this offersheet. The French revenge 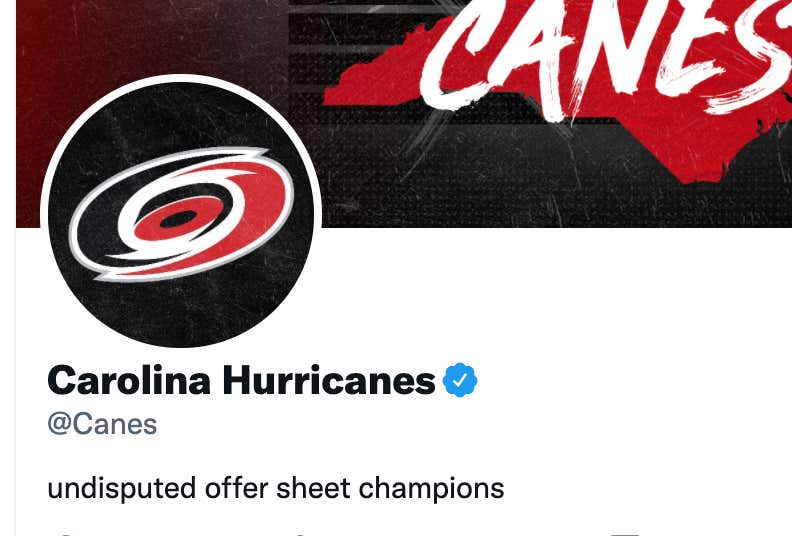 They've enjoyed sticking it to the Canadiens. So much so that maybe nobody stopped to ask if Jesperi Kotkaniemi is even worth $6.1M per year. Personally…I don't think so. Montreal rushed him. Maybe he needs a change of scenery to boost his confidence. Having said that, I think it's a leap to say he's shown he can be worth the $6.1 he signed. When you watch him he doesn't really do anything that great. Not particularly explosive. Not particularly quick. Doesn't have exceptional hands. He's been just a guy for Montreal the entire time. That's probably why he was scratched in the Stanley Cup Final. I am sure Montreal would've preferred to keep him at a different number, but I think they'll look back and feel good about this decision. A 1st and a 3rd for a guy who isn't going to be the #1 or possibly #2 center of the future.

I wish the Blackhawks had done this with Saad back in the summer of 2015. The rumor is that Stan was scared he'd lose Saad to an offer sheet from Pittsburgh or CBJ. So he worked out a trade with CBJ for Anisimov and then immediately signed Anisimov to a stupid extension sight unseen. If they just let Saad walk, the Blackhawks likely have enough money to keep Patrick Sharp. Then a first round pick the following year. Imagine if they just got that 1st from CBJ and it ended up being Pierre Luc Dubois? The last five years probably look a lot different. So good on Montreal for making a hard decision that will likely be a good one.

Montreal needs more guys that can finish and that is Dvorak. Ultimately, they are in their win-now window and Dvorak is better than Kotkaniemi. Done and done.