Someone get that girl a Barstool contract and a catchy slogan to slap on a bunch of merch because the Barstool rocketship could use some turbo boosters right as football season kicks off.

You truly never know where are you are going to find the next great sports yugger. In fact, out of all the major sports, I would say tennis would've finished dead last in my power rankings. But a major taking place in New York City allowed this superstar to enter our lives to light applause. And make no mistake about it, this girl IS a superstar.

Any person with a pulse will slug a beer if the jumbotron camera catches them at the right time with a beer in their hand and anybody with even an ounce of showmanship in their body will celebrate when they are done housing that refreshing beverage. 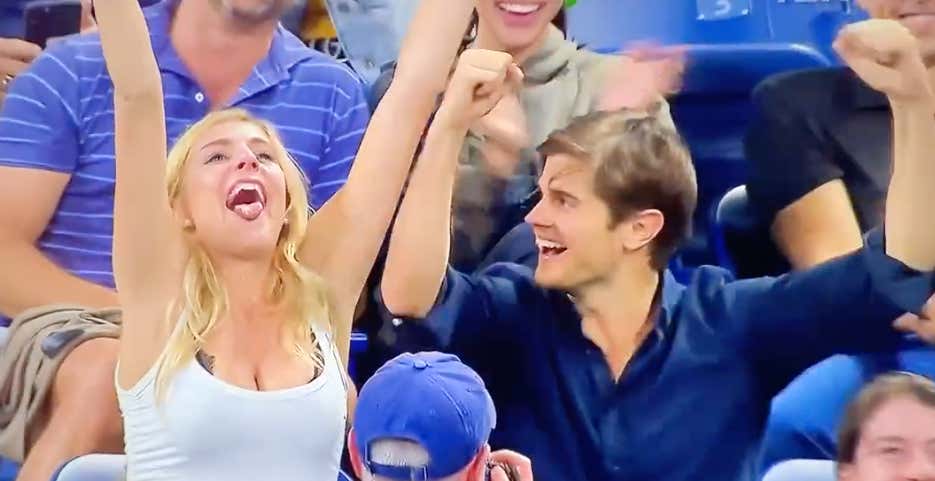 But it's the special ones that notice they are on the jumbotron as the read all the text messages on their phone, yoink the beer out of their boyfriend's(?) hand, then make both the beer and the arm candy completely disappear. 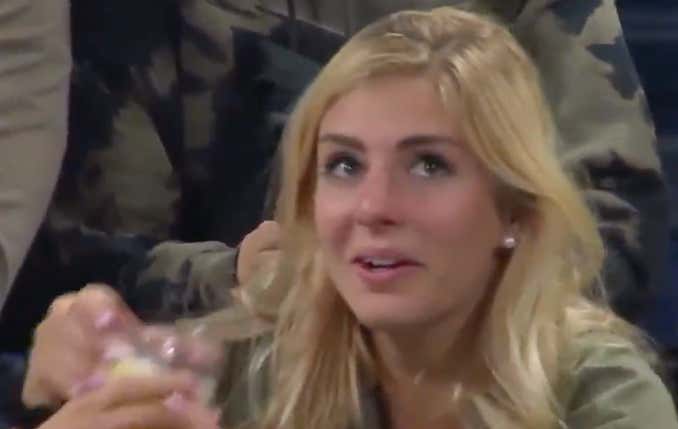 If this girl isn't our new tennis correspondent throwing out U.S. Open picks from Arthur Ashe by this time tomorrow, I am officially worried about the future of this company.