I'm not exaggerating when I say Kawhi is low key one of the funniest people in the world. I can't stop laughing that he agreed to do this music video and even showed off some dancing. The man is a robot. Everything he does is calculated and hell even the way he plays the game seems robotic - I mean that as a compliment. So seeing him pop up in the music video just dancing around like a backup dancer has me dying laughing. It's so perfect. The all white outfit with the hand movement in the background. I'm pretty sure that's a 90s-mid 2000s boy band staple from TRL. I've seen that move before.

All the news and stories about Kanye's album and Drake's album is now worth it. I never thought we'd see Kawhi in a music video. I never thought he'd do something like that. Drake convinced him. The trade to Toronto was worth it for this even more than a title and breaking up the Warriors. The fact that we now have Kawhi dancing is something I'll never forget. We should bring back TRL strictly for this to have a run at number 1. This should sweep every VMA category. The very end of the clip is perfect too. It's like Kawhi just realized he showed he can have a personality. 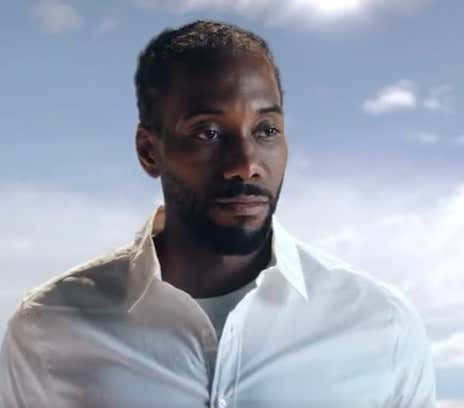