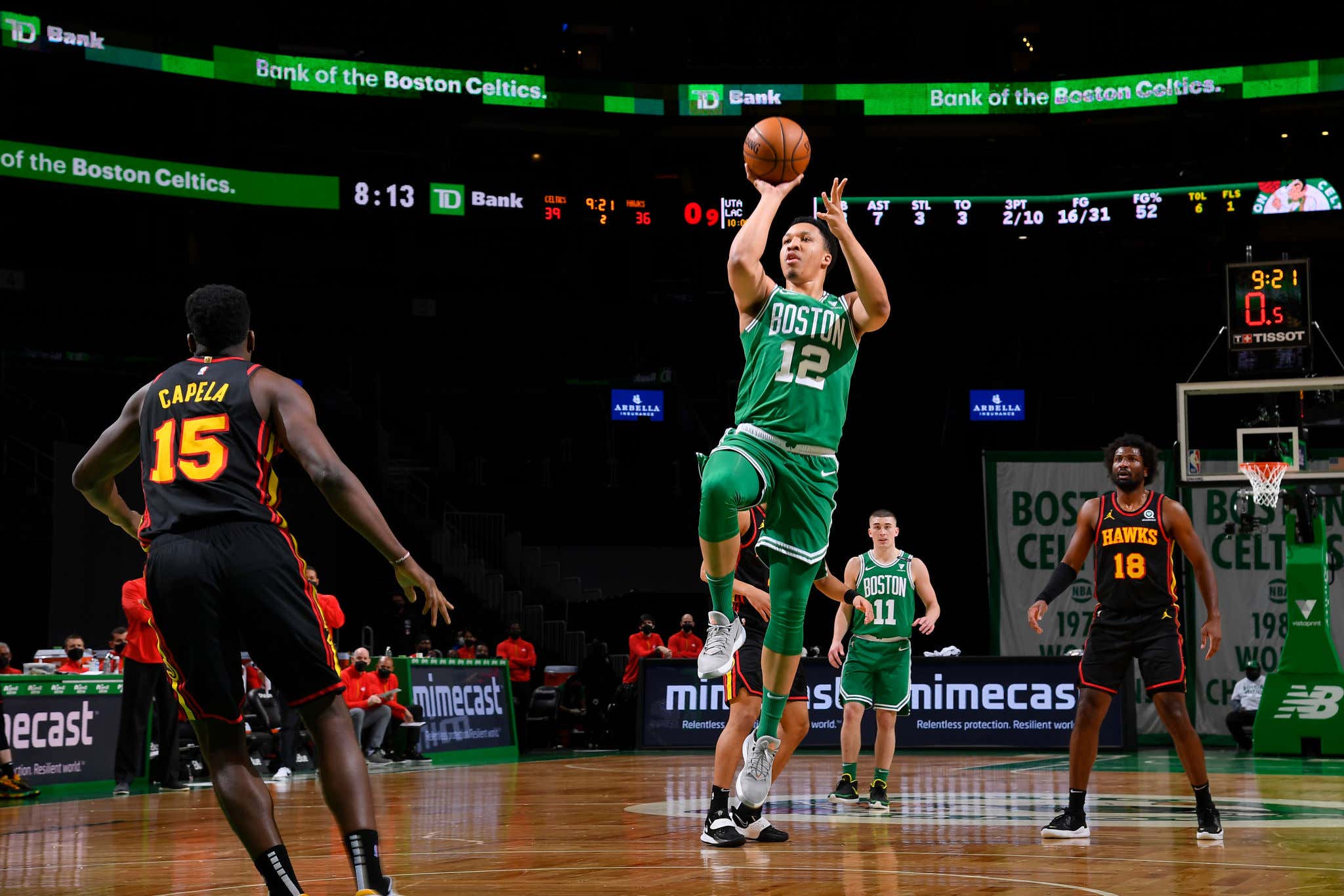 We're only 47 days away from the start of the 2021-22 NBA season, and while that may seem like a long time to you I promise it'll be here before you know it. With free agency pretty much over and the only real news we get these days is another team making it clear they have zero interest in giving up their best players for Ben Simmons, my mind tends to wander back to the one thing I spend about 95% of my day thinking about. Now ever since I was first given the privilege (and it 10000000% is a privilege) of being able to log into this website and talk about the Celts, I've tried to look at all angles. It's why every game blog has a Bad and Ugly section. I won't debate that I have a general positive outlook, I choose to enjoy my favorite team and you don't have to if you don't want to. But as we enter a pretty important season this year, there are absolutely questions and concerns that should matter to every Celts fan reading this blog. Perhaps some of these end up not being a big deal once we see what the team looks like and how players may have developed, but heading into the year right now, this is where my concerns live.

Listen, nobody is pandering to us fans better than Ime has this summer. Everything he says has been music to our ears. The goal to shift back to a defensive minded, ball moving team that plays with some grit and balls is exactly what we all wanted to hear after the 2020 we just watched. That's the good side.

But, he is a first time head coach. This is not exactly a situation where Ime can sit back and just let his stars do everything. He's going to have to be more involved. It's encouraging that he has a ton of NBA experience as both a player and an assistant on some really good teams, but it's no slam dunk everything works out. This is no different from the risk we lived through when they first hired Brad. We had no idea if he could do it or if it would work.

What I'm curious about is if he has the guts to make real adjustments if players move away from how he wants to play. What happens if Smart's shot selection reverts back to bad habits? What if Tatum stops moving the ball and holds it dribbling for 20 seconds in isolation? We saw last year what happened when Brad didn't really do shit about it.

In Year 1, Grant was absolutely a pleasant surprise. He was a serviceable rotation big that even had his moments in the playoffs. Year 2 though, that shit was brutal. There was no sophomore leap, instead it looked much more like a sophomore slump. Looking at the roster as it's currently constructed, this is still a position of question. Back up 4 is either Grant or Jabari Parker. That's maybe not a terrible thing if Grant shows true improvement on both ends, but after what we just watched I'm not sure we can say that will be a guarantee.

Looking at his on/offs from last year, it's not great

Then I thought, well maybe Ime can just hide Grant with the starters, maybe as a small ball five. Well, when you look at how Grant played with 3 other guys who we know will start (Smart/Tatum/Brown), that 4 man combination only had a 108 Ortg. That's not all that great either. We didn't see any lineups with Pritchard/Nesmith being that 5th guy so that's an unknown also.

My general point is this position was clearly an area of weakness last season, and they haven't really done anything to address it outside of hoping Grant's Year 3 is nothing like his Year 2.

This isn't exactly a concern with everyone on the roster. Obviously nobody should be worried about Pritchard/Brown/Tatum etc when it comes to shooting. While it felt like things were brutal at times last year, the Celts did shoot 39% on catch and shoot threes (8th best) and ranked in the 75th percentile on spot up looks.

At the same time, we're going to be seeing the rotation consist of 4-5 guys that are not exactly what I would call knockdown outside shooters

There's also the question if Nesmith's end of season shooting translates. So why is this a concern? Pretty simple. Spacing. If we see combinations where two of these guys are playing next to the Jays for stretches, I have concerns about what that does to the spacing. Will teams sag off and clog the paint which eliminates drives? If teams trap Tatum in the high P&R and he has to move the ball, can we trust these guys to consistently knock down open looks?

Last year we saw the Celts shoot just 35% from three on "open looks" which was 15th in the league. We all remember the second unit scoring droughts from last year. So when it comes to their depth shooting, it has to be a concern until they show us otherwise.

This goes without saying. We really could put general health of the team, but I'm not as concerned about guys like Tatum/Brown/Smart/Pritchard/Schroder etc. What I am concerned with is Rob making it through a season without missing 40% of it. He made strides last year, and still got hurt. This impact is undeniable when he's on the floor, but the uncertainty of how often he'll be able to play is legit. Doesn't mean he can't, he just hasn't shown it yet.

On paper, this is something that Brad addressed this offseason. That's all fine and good, but I need to see it translate into the actual games. One of the biggest reasons their defense took a gigantic step back last year was because they couldn't guard the perimeter for shit. I'm talking everyone. Tatum, Jaylen, and most notably Smart all regressed in that area. They were 16th in opponents 3PM after being one of the best in the league for a long time.

When your perimeter defense stinks, everything falls apart. When you can't stop anyone at the point of attack if then forces you to rotate which then leads to giving up wide open threes. Think of it like the head of the snake. You take away a teams ability to attack you off the dribble, everything falls into place. It's no surprise the teams that thrive at this were also really good last year. Teams like UTA, LAL, LAC, PHX, PHI, ATL, NYK were all very solid on the defensive end and it starts at the perimeter.

What version of Dennis Schroder do we get?

Obviously Schroder was humbled this summer. So my question is which version do we get? The one that thrived in a reserve role off the bench in OKC and had the best season of his career? Or a version that feels like he has to be THE MAN when he's on the floor and forces a bunch of shit in order to put up numbers. It's a true wild card when you think about it. If the team gets the best version of Schroder who has the right mentality and accepts his role, that's a hell of a signing. But if he feels like he needs to get his first in order to secure the bag next summer, that probably won't work.

This was a big offseason for all three of these guys. The first two showed great flashes in Vegas, and Romeo had a couple moments but I don't think you're crazy if you're still suspicious about him as a player. Each could potentially have a pretty important role on this team, and there are things about what we've seen this summer that give me concern.

With Pritchard, I worry about his inability at times to get by legit on ball defenders. Davion Mitchell ate him alive in Vegas. It's the one thing that sort of limits his ceiling to some degree. With Nesmith, the defense is still inconsistent, especially at the point of attack. Whether you want all three to be part of the future or maybe be throw ins for a potential trade, they need to show real progress.

Now, while the expectations heading into the year may be lower for some, I can't shake the feeling that this is a very important "prove it" year for this group. For those of us who didn't want major roster changes and believes in this core, they need to show that last year was mostly a weird fucked up season. It was this way for a lot of teams that maybe had underachieving seasons so the Celts aren't alone in this regard (a team like MIA is in a similar spot). But now with a coach the players want, theoretical improvements in certain areas on paper, and a more NBA caliber bench, there's really no excuse. Smart and Rob got extended so they don't have to worry about that. Everyone is healthy and ready to roll. They don't have to deal with Kemba being in and out of the lineup. There's enough there to show that last year is not who they are.

But that doesn't mean they enter the year without questions/concerns. If I didn't mention it already, what's on your list?