"A mysterious force knocks the Moon from its orbit around Earth and sends it hurtling on a collision course with life as we know it. With mere weeks before impact and the world on the brink of annihilation, NASA executive and former astronaut Jo Fowler (Halle Berry) is convinced she has the key to saving us all – but only one astronaut from her past, Brian Harper (Patrick Wilson) and conspiracy theorist K.C. Houseman (John Bradley) believe her. These unlikely heroes will mount an impossible last-ditch mission into space, leaving behind everyone they love, only to find out that our Moon is not what we think it is"

A $140 million dollar disaster movie from Roland Emmerich starring Halle Berry, Patrick Wilson, Michael Pena and Samwell Tarley. It's tough for me to make a good projection on the quality based on this trailer, but I am not optimistic.

Emmerich obviously loves making disaster movies and usually makes good money doing so (Independence Day 1 & 2, The Day After Tomorrow, 2012 and Godzilla all made over $100 million). Are his movies always well received? Well, he only has 2 movies over a 53% on Rotten Tomatoes, and thats Independence Day and the Patriot. On the much more important MovieRankings.net, here is how i have his movies rated. 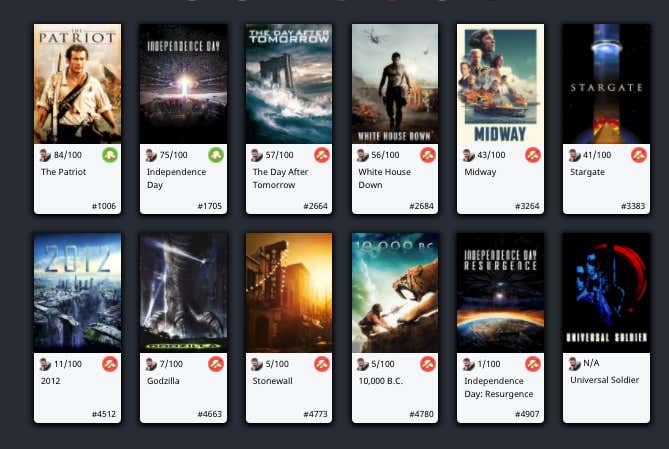 By the way, I love Universal Soldier so I gotta fix that in the backend. Anyway, the question is going to be if he still has the juice. I haven't really liked a movie of his in a while, but I can't deny that he can still entertain in the right situation. Hopefully, this is that situation. He wrote this along with his frequent collaborator Harald Closer and also Spenser Cohen(Extinction).

P.S. Shoutout to Gaz, who has been the #1 Roland Emmerich super-stan for as long as I've know him. 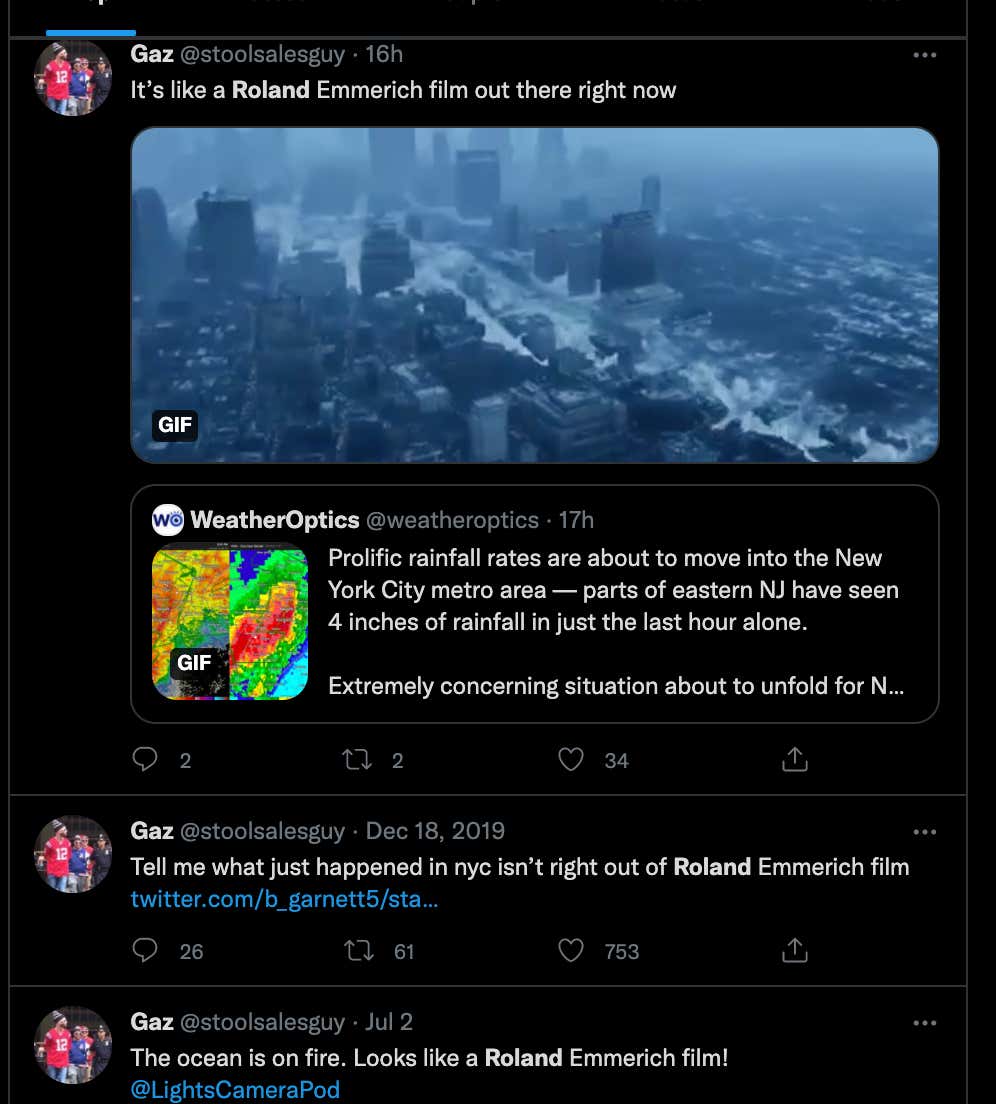 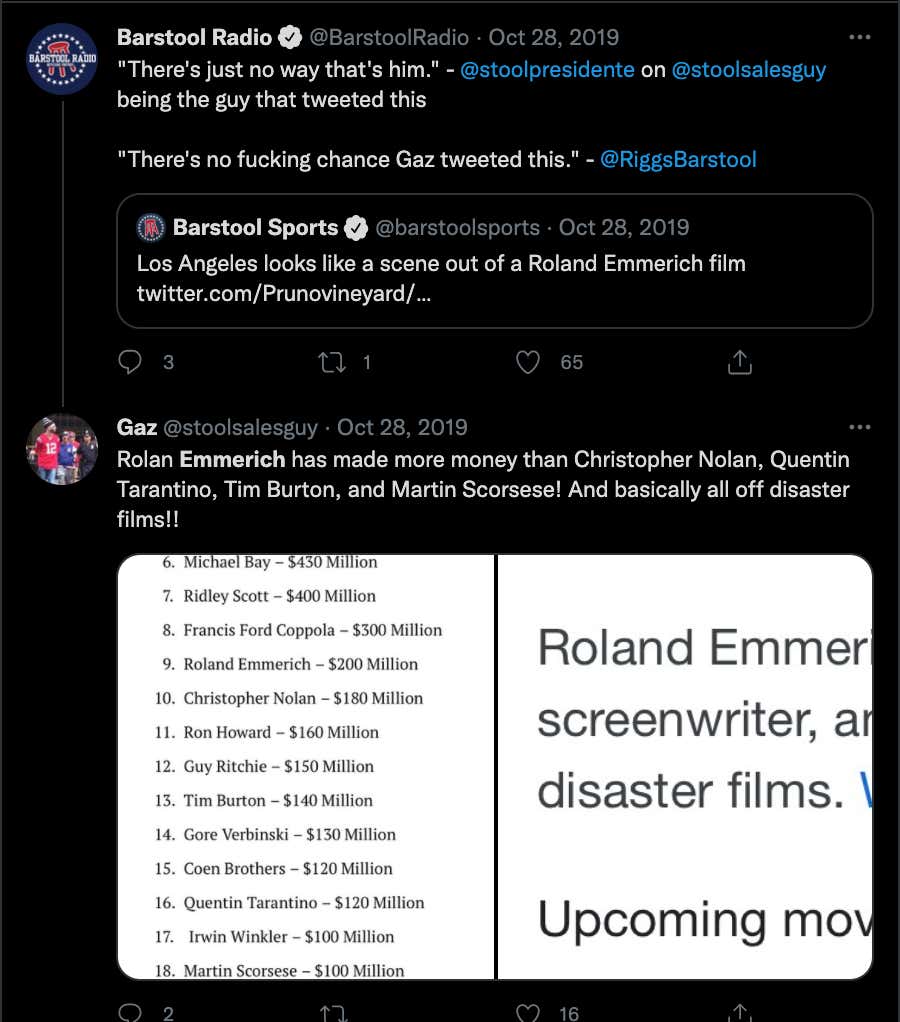 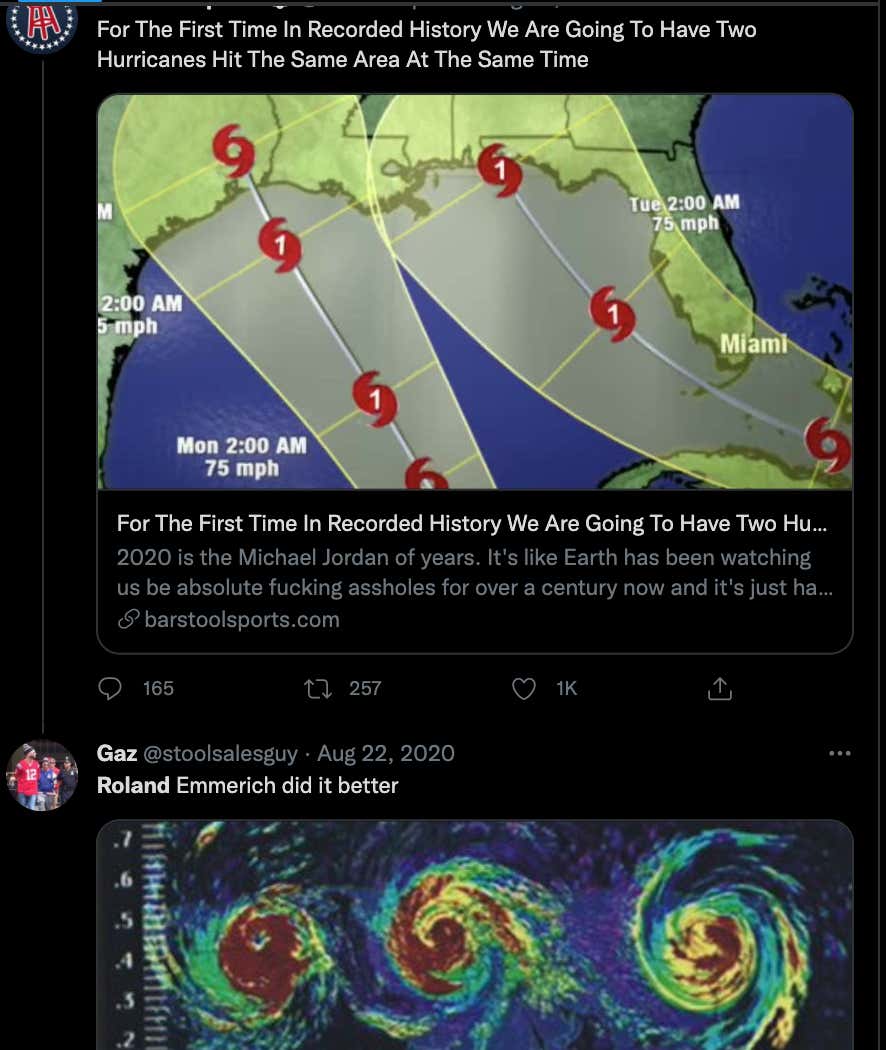